Is that notion overly dramatic?

Perhaps — the downfall of a national church.

And yet listen to Archbishop Georg Gaenswein, secretary to Pope Benedict, Tuesday, at a book signing (for The Benedict Option) in which he said:

The U.S. reports of abuse showed “how many souls were incurably and mortally wounded by priests of the Catholic Church.” The archbishop continued, “They bring us a message even worse than the sudden collapse of all the churches in Pennsylvania, and the Basilica of the Immaculate Conception in Washington” [our italics].

He was alluding of course to the incredible scandals that as it turns out — as we reported just last week — first began a meteoric rise around 1955 before simmering down in the mid-1980s — but which are coming back to haunt American bishops as they never have been haunted, lashing with particular specificity at the National Shrine of the Immaculate Conception, flagship of the D.C. archdiocese — where disgraced ex-Cardinal Theodore McCarrick once reigned and from which the current cardinal, Donald Wuerl, may soon be forced to resign due the national cover-up of those scandals.

While many have wondered what it was about the period of roughly 1955 to 1985 that engendered, as if from a hellish chasm, such a volcanic paroxysm of sexual abuse, remarkable it is to note that it was precisely the mid-1950s during which the Virgin Mary allegedly began manifesting as “Our Lady of America” to a cloistered nun, Sister Mildred Mary Neuzil, of the Contemplative Sisters of the Indwelling Trinity in Fostoria, Ohio. 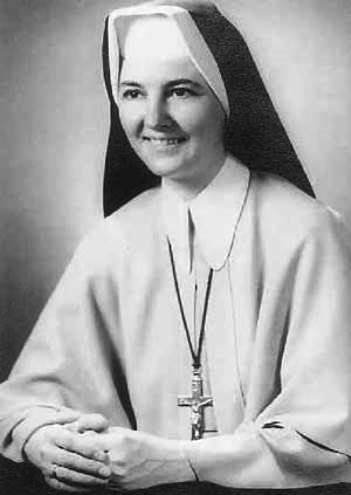 Sister Neuzil, now deceased, said she was asked to have a statue of the Virgin Mary constructed and placed after a solemn procession in the National Shrine of the Immaculate Conception in Washington, D.C. — and that if this happened the U.S. would turn back toward morality and the shrine would become a place of “wonders.”

“A request to do this is being sent to all cardinals and bishops in the U.S.,” this website reported eighteen years ago, “along with a letter that has been sent to the Pope’s personal secretary, Monsignor Stanislaw Dziwisz, requesting not only construction of the statue but a solemn consecration of the U.S. in order to avoid ‘catastrophe'” [our italics].

The apparitions never have been acknowledged by the U.S. hierarchy and the request to honor Our Lady — as defined at this apparition — have been overlooked or ignored as a fantasy.

The letter, part of a campaign spearheaded in Ohio and California at the beginning of this century, asked the official Church “to honor her as Our Lady of America and to unite all the bishops of the United States in consecrating America to the Immaculate Heart of Mary for the protection of our nation and for the sanctification of so many souls.”

When this website inquired at the national basilica about honoring that request, back in 2000, the inquiries were brushed aside. Yet the messages were clear: “Let them finish it quickly and make it a place of pilgrimage,” she said of the basilica, then under construction. Date: October 13, 1956.

“The hour grows late,” she said in a message in 1957. “My Son’s patience will not last forever.” In November of 1956 she taught Sister Neuzil a simple prayer: “By thy Holy and Immaculate Conception, O Mary, deliver us from evil.”

In 1957 she added: “Tell the bishops of the United States, my loyal sons, of my

desires and how I wish them to be carried out. Through him who is head over you, make known the longings of my Immaculate Heart to establish the reign of my Divine Son in the hearts of men and thus save them from the scourge of Heaven, both now and hereafter.”

It was through this devotion — and placement of the statue in Washington — that Sister Mildred said she was told the U.S. would assume a place of special spiritual as opposed to just political leadership and avoid what Sister Mildred repeatedly warned were coming events. Interestingly, the apparitions of Mary began in 1956 on eve of the Feast of the North American Martyrs — the first martyrs canonized in connection with America.

According to Sister Joseph Therese, now deceased but back then a spokesman for the Contemplative Sisters, a letter imploring that they heed Our Lady’s rqeust had been sent to Monsignor Dziwisz and was to be followed up by a visit to Rome by a New Jersey couple supporting the cause. The letter made the request that American bishops read the messages, construct the statue of Our Lady of America, and place it at the shrine following the “solemn procession” — after which the messages say the shrine would become a place of major pilgrimage.

In the revelations, Mary reportedly said if this was done the shrine would become “a place of wonders.” Such miracles would be more at the level of spiritual conversion, the Virgin indicated. Sister Mildred died on January 10, 2000 at the age of 83 — but not before leaving a small booklet of messages and detailed correspondences with the archbishop.

The messages from Mary came to a halt around 1981 — the year Saint John Paul II arrived and when the abuse cases began a sharp decline, dwindling by 1985 to pre-1955 levels.

More pointedly, the Blessed Mother seemed to allude to clerical scandal on Holy Saturday, 1981, when she allegedly told Sister Neuzil, “Many unnatural acts are being committed in the name of love. This evil is being disguised and tolerated as an intrinsic right like any other. Even some of my priests and consecrated virgins are being caught up in this web of evil, not realizing its terrible consequences.” 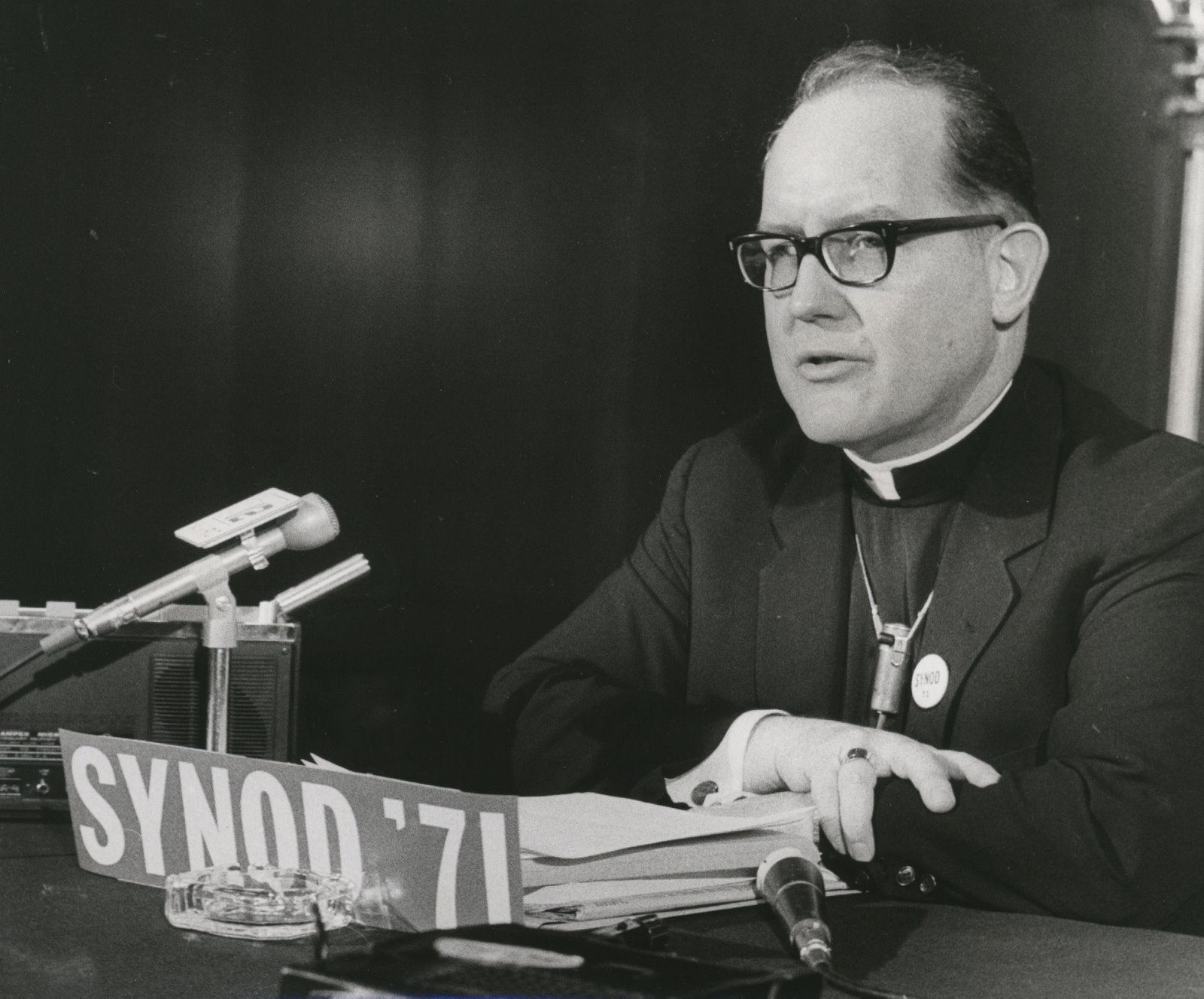 While the basilica has many statues of the Virgin Mary from around the world, not one represents the United States, and no aspect of the request ever has been fulfilled, despite dogged campaigns by small groups who tried to promote the apparitions — which had the support of Cincinnati Archbishop Paul F. Leibold, who granted the messages an imprimatur, but of just about no other bishops and certainly none in Washington, D.C., where scandals would one day plunge the American Church and even the Vatican into crisis — as foreseen, and warned about, a “catastrophe.”