At certain points in history, alleged seers in the Catholic Church have been presented, allegedly, with messages in mysterious script.

The visionaries can read them, but when others look, the penned messages are either gobbledygook, off the point, or something foreign and ancient.

The most famous case has been of a visionary named Mirjana Dragicevic Soldo at Medjugorje in Hercegovina (which may soon be granted a proposed Vatican expansion). In her case, it had to do with a strange “parchment” she claims the Blessed Mother once gave her, one with her “secrets” (about future events) scrawled on them. She can read it, but on rare instances when two companions happened to glance at it, they saw something entirely different.

It turns out that a second seer, Vicka Ivankovic-Mijatovic, was presented with something similar, though not in line, as far we we know, with her secrets.

As a Marian site in Europe, Forums of the Virgin Mary, points out, “For three years, from January 7, 1983 to April 10, 1985, Mary dictated to Vicka — the seer of Medjugorje — the story of her life. Vicka wrote it in three notebooks, and Maria will announce the moment when the world is ready to receive her story. And Vicka had to choose a priest who will be in charge of making it public in due course. But something remarkable is the properties of the material in which it was written. [It] is written in a text that protects her from being read before Mary gives permission.

“As early as the 1980s, the Medjugorje visionaries declared that the Virgin Mary had shared her life story with each of them, giving details to each seer about their life. But none received as much detail, it seems, as Vicka, who has three notebooks full of what was ‘dictated’ to her — but that can’t be read until Mary deems fit.”

As the late author Wayne Weible added, in Medjugorje: The Last Appearance: “According to a source, a priest has been chosen who will be responsible for its publication. The notebooks are written in a special format that Vicka established that ‘When the time comes for us to see and understand, we will be able to do that.'”

In a book called The Salvation of Humanity, author Dredge Vidovic says he witnessed Vicka taking the “dictation” and even glanced at it.

It was Christmas of 1984, Draga relates. “We went to the village Mass, and at night I was present at the apparition in Vicka’s house in her ‘room of the apparitions.’

“We were about ten people. I remember very well, the Gospa was happy and in her arms she had little Jesus.

“At that time the Gospa explained her biography to Vicka. When the apparition ended, Vicka told us the message. I thought that Vicka will go to another room, to shut herself up to write what the Gospa told her and then return to where we are.”

Instead, the visionary apparently returned immediately with a large notebook and pencil in her hand, sat next to Draga, and started writing.

“I was very surprised because [I could see it],” wrote the author, who thought to himself in amazement, “It’s not hiding at all!” Was it a sin to glance at it, he wondered? — and then did just that.

“I turned on my right side, towards her, and looked,” recalled the villager. “I saw the letters, words, phrases. But I could not understand anything — not a word.”

If true, such a biography would fill in tremendous gaps, including about Jesus’s childhood and Saint Joseph — as well as what the Blessed Mother did after her Son’s death. To think that something exists that can grant us more details about events such as Cana, and perhaps explicate other unknown miracles, is a tremendous contemplation indeed. In effect, it would be the most important historical document since the New Testament.

As for Mirjana’s parchment, noted Forums, “It is a sheet of A-4 size . . It is of a whitish color, between white and yellow, but half similar to the color of a parchment, that is why it is called like that. It is made of a material that is not found on earth. They call it lamina or parchment. It is not made of paper or cloth. It is not known what type of substance is made, but Mirjana says it reminds her of parchment. The sheet has unusual properties: it can wrinkle, bend, but in no way can it break, even by fire.”

As we have reported before, a book Mirjana wrote with filmmaker Sean Bloomfield adds that: “the Blessed Mother, after finalizing a discussion with her of the secrets, which would start with that warning to the world, involve at some point a great sign, and end with massive chastisements, affecting the entire globe (eventually changing it for the better, and allowing that triumph), ‘then held out like a rolled-up scroll, explaining that all ten secrets were written on it, and that I should show it to the priest I choose when the time came to reveal them.

“‘I took it from her hand without looking at it.”

“‘Now you will have to turn to God in faith like any other person,’ Mary intoned. ‘Mirjana, I have chosen you; I have confided in you everything that is essential. I have also shown you many terrible things. You must now bear it all with courage. Think of me and think of the tears I must shed for that. You must remain brave. You have quickly grasped the messages. You must also understand now that I have to go away. Be courageous.’

“How did that happen? I wondered,” wrote the seer. “How am I holding an object from Heaven? Like so many occurrences over the previous eighteen months, I

could only explain it as a mystery of God. Beige in color, the scroll was made of a material akin to parchment — not quite paper and not quite fabric, but perhaps something in between. I carefully unrolled it and found all ten secrets written in a simple and elegant cursive handwriting. There were no decorations or illustrations on the parchment; each secret was described in simple clear words, similar to how Our Lady originally explained them to me. The secrets were not numbered, but they appeared in order, one after another, with the first secret at the top and the tenth at the bottom, and included the dates of the future events.”

Said Vicka about hers: “When the Gospa wants us to see and understand, we will understand.” 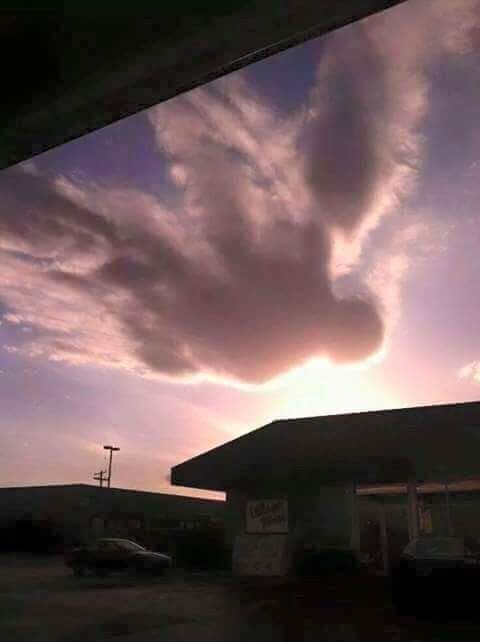