From the Star [caution, tabloid]: 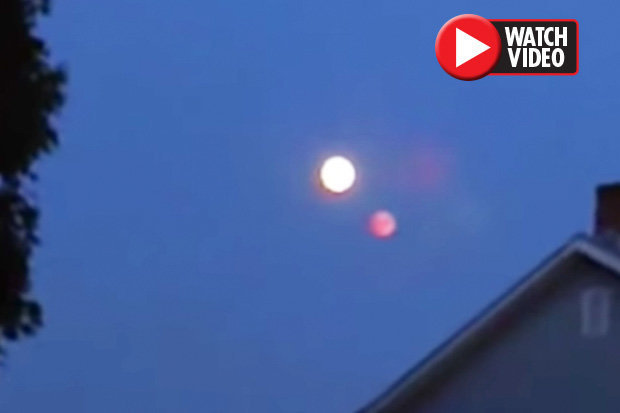 The strange clip, captured in Pennsylvania, US, appears to show a small, red object next to the moon in the night sky. It was recorded on August 24 at 8:10pm by a local resident, who believes NASA is lying to the public – speculating that a giant space rock has gone unreported.

The footage shows the moment he pans across the sky, revealing: “Look there’s the moon.  “And when I zoom in, there’s a little red planet next to it. This is not a lens flare.”