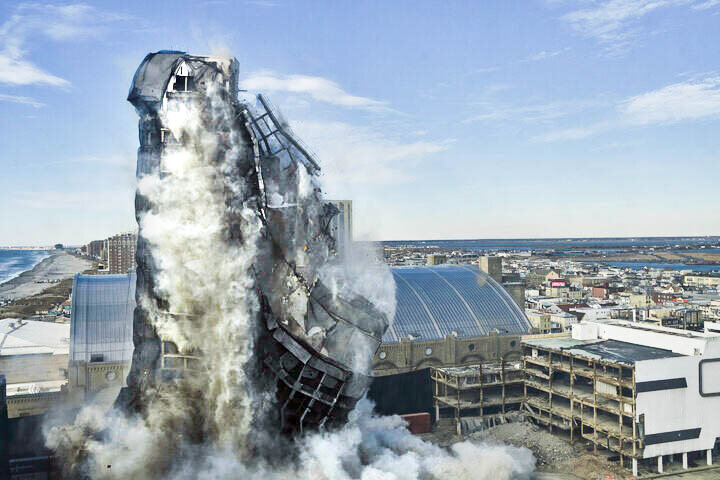 An auction for the right to detonate the dynamite to begin the implosion of Trump Plaza Hotel and Casino in Atlantic City, N.J., fizzled.

Front-row seats to view Wednesday morning’s spectacle were sold on the cheap. Onlookers in cars hoping to witness the symbolic finale of the former president’s casino empire in the seaside resort city were charged $10 and herded into a lot most recently used as a pandemic-era food distribution site. The implosion of what was once the premier gaming destination in Atlantic City came less than a month after its best-known former owner, Donald J. Trump, left the White House after losing re-election and became the first president in history to be impeached twice. He was acquitted on Saturday of inciting the deadly Jan. 6 riot at the Capitol.