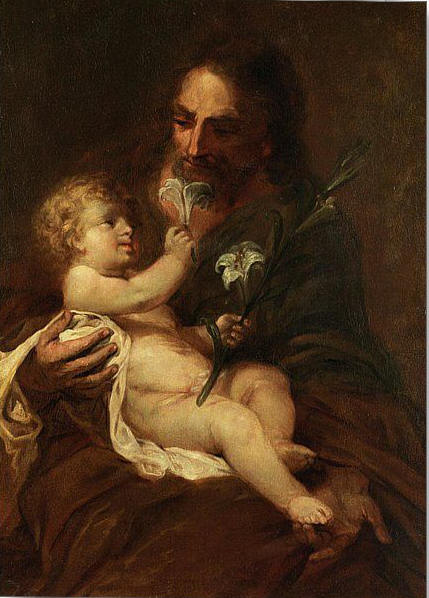 Few recall or even know that during the well-known alleged apparitions called Our Lady of America to a Most Precious Blood nun in the midwest from the 1950s to early 1980s, the Blessed Mother was accompanied by her spouse on earth, Saint Joseph — whose time, it seems, more than ever, has come.

Indeed, Pope Francis has dedicated 2021 to him.

It was back on March 11, 1958, that Our Lady reportedly told the religious, Sister Mary Neuzil, that “Saint Joseph will come on the eve of his feast. Prepare yourself well. There will be a special message. My holy spouse has an important part to play in bringing peace to the world.”

While the apparitions have never been accorded a formal pastoral letter of ecclesial approval, the messages bear a nihil obstat and the imprimatur of Archbishop Paul Leibold of Cincinnati, Ohio.

When Joseph appeared as promised, according to the unassuming nun, he said to her, “Kneel down, my daughter, for what you will hear and what you will write will bring countless souls to a new way of life.

“I bring to souls the purity of my life and the obedience that crowned it.”

It was the message — spiritual cleanliness — that also pervaded the missives of Our Lady, who explained to Sister Neuzil that only through a return to purity — and installation of her statue at the Basilica of the National Shrine of the Immaculate Conception in Washington, D.C. — would the United States be spared severe future chastisement.

“Let fathers imitate my great purity of life and the deep respect I held for my Immaculate Spouse,” he supposedly said, calling himself the “Virgin-Father” and preaching fealty as a message particularly germane to a time when many presume themselves to be more authoritative than the Magisterium.

“Fathers must come to me to learn obedience to authority: to the Church always, as the mouthpiece of God, to the laws of the country in which they live, insofar as these do not go against God and their neighbor,” the saint seemed to say. “Mine was perfect obedience to the Divine Will. To be careless in this is most displeasing to God and will be severely punished in the next world.”

According to Sister Neuzil, who spent her last years in Fostoria, Ohio, Joseph added: “Let fathers also imitate my great purity of life and the deep respect I held for my Immaculate Spouse. Let them be an example to their children and fellowmen, never willfully doing anything that would cause scandal among God’s people.

“Fatherhood is from God, and it must take once again its rightful place among men,” said the supposed apparition for our discernment.

Sister Neuzil, who died in 2000, said she had a vision of Joseph’s “most pure heart” as if lying on a brown Cross. “It appeared to me that at the top of the heart, in the midst of flames pouring out, was a pure white lily.”

During a second appearance on March 19, 1958, the great but usually hidden saint — silent during appearances at both Knock and Fatima — told the nun he desired “a day to be set aside to honor my fatherhood.”

“The Holy Trinity desires thus to honor me that in my unique fatherhood all fatherhood might be blessed.” By doing this, he allegedly said, “you also honor Jesus and Mary.” It is worth our consideration this special year.

When suddenly he stopped speaking, Sister Neuzil claimed that she received the vision of “the glorious Saint Joseph,” suspended above what seemed like a large globe with clouds moving around it. His hair was short, he had a slightly forked beard that seemed “very dark brown,” and he was wearing a white robe that reached to his ankles, over which was “a sort of cloak which did not come together at the throat, but covering the shoulders and draped gracefully over each arm.” The cloak seemed brown but sometimes purplish in hue. “The lines of his face appeared strong and purposeful, softened somewhat by a gentle serenity.”

During a subsequent appearance, he would be accompanied by His Son and wife.

[Footnote, feedback from the mail: “As I read your article about St.Joseph, I remembered that Mirjana [Soldo of Medjugorje] said that she has a yearly apparition on March 18, her birthday, not because it is her birthday. And that is the day before the feast day of St.Joseph. Interesting, though I know we should not focus on dates, sometimes I can’t help it! God bless you and your wife for continuing your website. Donna Lewis, Minnesota]