They don’t stop, the corona mysteries.

Biggest irony of all, how the vaccine most associated thus far with serious side effects — AstraZeneca’s – is the most directly associated with use of cell lines derived from aborted babies.

For a while, two weeks ago, the company’s vaccine rollout was paused in sixteen countries.

While most nations have resumed its use — determining that the benefits outweigh the risks — just Saturday, Denmark reported two cases of serious illness, including one death, right after vaccination with that brand. The news is filled with apocryphal but tantalizing claims: that AstraZeneca has caused everything from losing teeth to unexplained crying.

Granted, the side effects and mortalities have been a very small percentage so far, but the big mystery will be what, if any, long-term side effects there may be. Despite a green light by the U.S., which says it does not cause blood clots, we highly recommend avoiding AstraZeneca, unless there is an exigent circumstance — on moral as well as physiological grounds. On moral ground, the same for Johnson and Johnson’s.

That’s the downside. The plus side: many who may (emphasize “may”) have suffered long-term effects from Covid-19 (months of fatigue, breathing difficulties, heart palpitations, and so forth) report that such symptoms seem to have significantly decreased after vaccination with Moderna and Pfizer (which in many ways are identical).

Are those brands, which do not directly use embryonic stem-cell lines, not only producing antibody capabilities to prevent covid, but also reaching deep into tissues and cells and wrenching out hidden reservoirs of the virus in those who were already infected with it?

(An aside: Moderna allegedly offers eighty-percent protection after the first dose, compared for fifty percent for Pfizer, though Pfizer’s second dose, which brings the protective percentage up to 92 or more percent, can be taken a week before Moderna’s, which offers the exact same percent protection).

(Another aside, the effect of covid on smell: not just the famous loss of smell, known as “anosmia,” but an incredibly strange repercussion called “parosmia,” whereby everything smells foul — roses like dung, food revolting to the point of nausea. Some can’t bear the smell of their own bodies, however clean. It’s a long-term “phantom” effect: not just dung but burnt rubber. There are also reports of psychosis. If that seems strange to you, it’s because it is.)

And the greatest mystery: Those “variants.”

From the start scientists have said the virus would frequently mutate. This is standard. With viruses, usually, when they evolve (mutate), the DNA does so in a way that makes it less potent.

But there are always mutations that make a virus more transmissible or more potent or both.

Is this happening more frequently than usual with the coronavirus?

Mutant covid is now accounting for an estimated 52 percent of cases in California and has spread to nearby states, making up 41 percent of infections in Nevada and 25 percent in Arizona.

The U.K. has also become widespread, constituting nine percent of coronavirus cases in New Jersey and eight percent in Florida. Cases linked to that mutation have tripled in Ohio over the course of two weeks, according to CDC director Dr. Rochelle Walensky.

Perspective here: overall, U.S. cases are the lowest since September. Further perspective: it is starting to spike in half the states (including Florida). It is either now going to fade or explode.

There are initial studies indicating that variants currently sweeping Europe and now traversing America are as much as sixty-four percent more deadly than the original — if an “original” virus, in this pandemic, there ever was.

That’s said because of another mystery: how the first waves of covid in North America greatly sickened some regions or cities, while hardly affecting others. Might it be that the various regions were dealing with slightly different viruses — that there already had been extensive mutations (and thus variants)?

Remember how potent it seemed in New York, but not in California? Did California deal with a different variant — and might it now be dealing with a more damaging mutant?

Brazil certainly is: a nation that scoffed at preventative measures is now the world’s epicenter — and generating its own brand of mutation that is more powerful and spreads more quickly than regular covid. If this repeats in a state such as Florida, watch out.

So far, so good (as far as Florida). Prayer counts — everywhere.

Oh, the mysteries. Oh, the discernments to make. Is getting covid a bigger risk than what could occur with the vaccine? Should I wear a mask — or am I being herded as a prelude to future mass control? When will it end?

The World Health Organization reportedly is set to release a study indicating that the coronavirus did not escape from a lab, but rather was propagated with wildlife farms in China and then those folks at the seafood market.

Maybe. Maybe not. There are, of course, questions about the blanket statement by W.H.O. that it did not appear to originate in a lab.

But: why did China react the way it did in the early goings of the outbreak? Why the frenzied secrecy? Why did they withhold information and punish scientists who spoke out? And is the W.H.O, investigative team controlled by the Chinese government?

Writes an investigative reporter named Alison Young in USA Today (yesterday): “As members of a World Health Organization expert team have made international headlines recently dismissing as ‘extremely unlikely’ the possibility that a laboratory accident in Wuhan, China, could have sparked the COVID-19 pandemic, I can’t stop thinking of the hundreds of lab accidents that are secretly occurring just in the United States.

“As an investigative reporter, I have spent more than a decade revealing shocking safety breaches that officials at laboratories in our own country don’t want the public to know about. I have uncovered exotic and deadly bacteria that have hitched rides out of high-security labs on workers’ dirty clothing, silently spreading contagion for weeks.”

Yet one more puzzle: They say the epidemic started in September or October of 2019. Might covid have been circulating under the radar since early (or at least earlier) 2019? A new study says no: it started in late autumn 2019.

Or so a study released last week claims.

Like a phantom, this thing hounds us all. Not only did it taunt former President Trump while he was in the White House (infecting many staff members), but now, last weekend, it caused half of Mar-a-Lago to be shut down. Former President Trump himself and wife Melania took the vaccine. No one is sure which one (almost certainly it was Pfizer or Moderna).

Will variants become more of a threat to our young? Prayer need here, for sure. Let’s pray this thing away once and for certain.

Only with prayer (not pretentious scientific jargon, on one hand, nor apocryphal, “viral” Youtube videos, on the other) do we discern.

Every human body is different. And the effects of the virus and vaccine are therefore different for us all, in ways that you can bet will always remain a mystery.

[Feedback from the mail: Enovid, a brand name for a hormonal compound used in medicine in varying doses for ovulation control, adjustment of the menses, severe uterine bleeding, or threatened habitual abortion. Notes viewer Margaret Johnson:

“How strange to use that name when it is common knowledge to many women that Enovid is the name for birth-control. I have read where some virologists are concerned that the top (four) Covid-19 vaccines may interfere with placenta development and sterilization could be a side-effect of these vaccines. And now a nasal spray being considered in the treatment of Covid-19 is being trademarked under the name of a widely used and well-known birth-control pill. It is just a weird coincidence or a warning?” Not sure Margaret!] 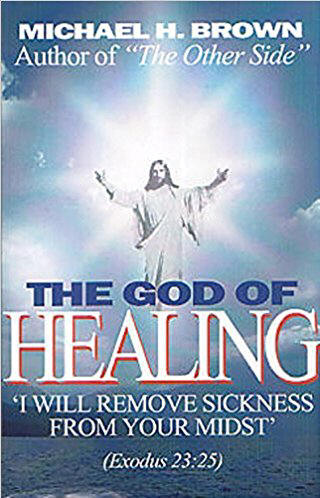