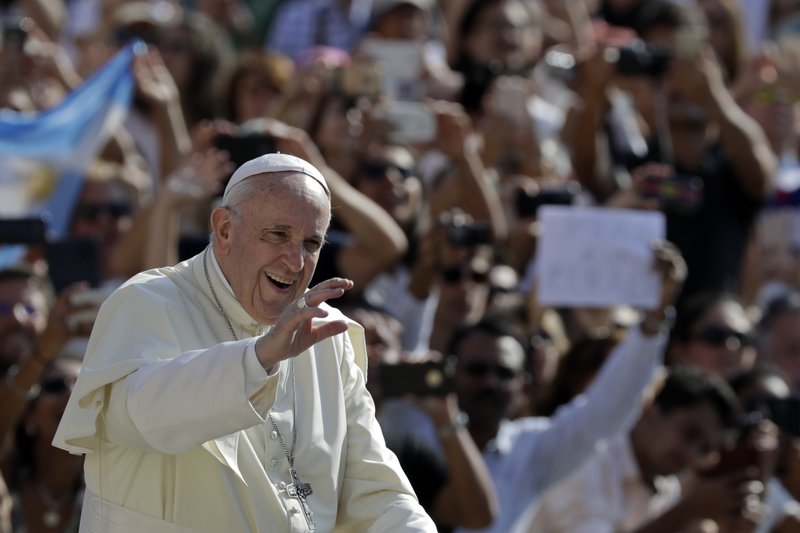 VATICAN CITY (AP) — Pope Francis lamented Wednesday how Irish church authorities failed to respond to the crimes of sexual abuse, speaking during his first public appearance at the Vatican after bombshell accusations that he himself covered up for an American cardinal’s misdeeds.

Francis presided over his weekly general audience in St. Peter’s Square and spoke about his weekend trip to Ireland, where the abuse scandal has devastated the Catholic Church’s credibility. The final day of the trip was overshadowed by release of a document from a retired Holy See diplomat accusing Vatican authorities, including Francis, of covering up for ex-Cardinal Theodore McCarrick despite knowing for years that he regularly slept with seminarians.

Francis referred Wednesday to the Irish culture of cover-up, but he omitted from his remarks a line in his prepared text noting how he had prayed in Ireland for the Virgin Mary to intervene to give the church strength to “firmly pursue truth and justice” to help victims heal. U.S. bishops, as well as rank-and-file Catholics, have called for an independent investigation to find out who knew about McCarrick’s abuse and when, and how he was able to rise through the ranks even though it was an open secret that he regularly invited seminarians to his New Jersey beach house and into his bed.