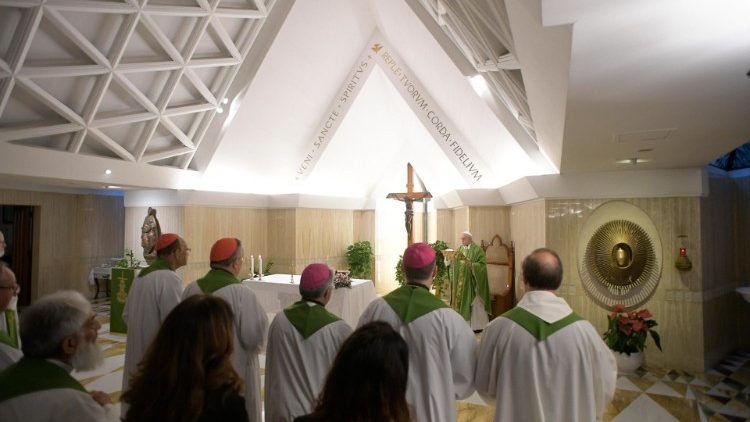 Pope Francis on Tuesday invited the faithful to open their hearts to compassion. Speaking during the homily at Mass in the Casa Santa Marta, he urged those present not to “close themselves” in indifference.

He reflected on the Gospel reading of the day which tells of Jesus’ encounter with a widow in the city of Nain who is mourning the death of her only son as he taken to the grave. The evangelist does not say that Jesus had compassion, the Pope said, but that “the Lord was moved with compassion,”  as if he had been overwhelmed with the sentiment. The Pope elaborated further saying it was by looking through “the lens” of compassion that Jesus sees and understands the reality of that woman.