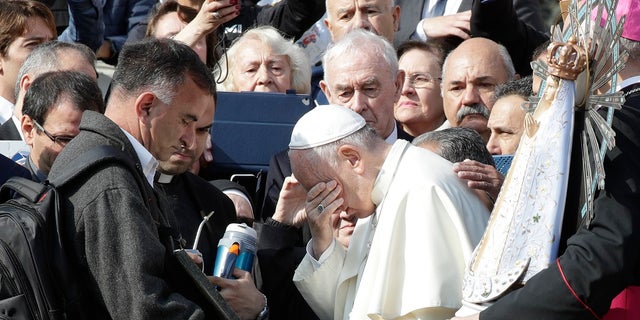 Pope Francis appeared to tear up Tuesday during a ceremony celebrating the return of a statue of the Virgin Mary to his native Argentina.

The statue had been kept in a British military cathedral following the 1982 Falklands War, in which Britain defeated Argentina. The Our Lady of Lujan statue will go back to Argentina and replicas will be sent to Britain. Following his public appearance, Francis kissed a stone plaque that honors Argentina’s war dead and wiped his eyes.