From the New Zealand Herald: 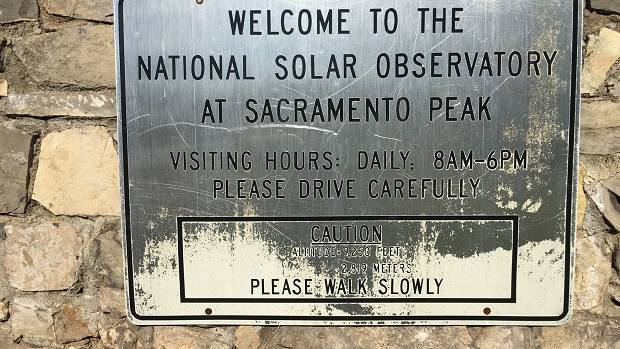 At a small solar observatory tucked away in the woods of a national forest in Sacramento, US, scientists and other personnel were commanded last week to leave at once. A week later, the facility remains vacant, and no one is willing to say why.

The mysterious and lengthy evacuation, in a state known for secretive military testing and a suspected UFO crash, has spawned a wealth of speculation. Did the researchers spot something extraterrestrial? Was the solar telescope hacked by a foreign power and deployed to spy on, say, the state’s missile testing range? Or is there an innocuous explanation, suppressed only because of corporate and government resistance to transparency?