Interesting it is that back in 2001, after 9/11, the mystic Maria Esperanza warned (largely through this website) that the U.S. should be careful not to fall into a war as a result of the attacks. She believed that immediately doing so would be a “mistake” because it would set many negatives in motion. The Ukrainian mystic, Josyp Terelya, warned the very same, urging the U.S. to use special forces instead of rushing to war.

As Maria put it, “The U.S. is smart and should wait patiently,” turning to prayer, meditation, penance, and the Eucharist. If the nation did that, she said, it would be unharmed in the long run by disasters. If the U.S. acted humbly, she said, it would gain the sympathy and respect of the world. War would cause the opposite. It wasn’t the fight against terrorism that concerned her but that the U.S. would fall into a “provocation” — which it seems it did, with the U.S. president loudly vowing to make the nation’s enemies pay in a big way.

Not so long after 9/11, massive bombs called “daisy cutters” would be exploded by the U.S. in Afghanistan, killing many hundreds in a war that eventually would take more American lives than 9/11 did and tens of thousands of others, maiming countless survivors, including children. That was followed by the invasion of Iraq, which also caused tens of thousands to die.

“It would be a crazy thing to do, to attack Iraq, because they will attack and attack and attack, and they are prepared,” Maria said in 2003. “We can never allow ourselves to be provoked. We have to be balanced. We must always have our minds on Heaven.” Unfortunately, Maria did not work at the State Department. And now, twenty years after 9/11 — two decades! — we see the disaster continue to unfold (or rather explode), for both Afghanis and Americans. [More “prophetic pulse” during upcoming online retreat] 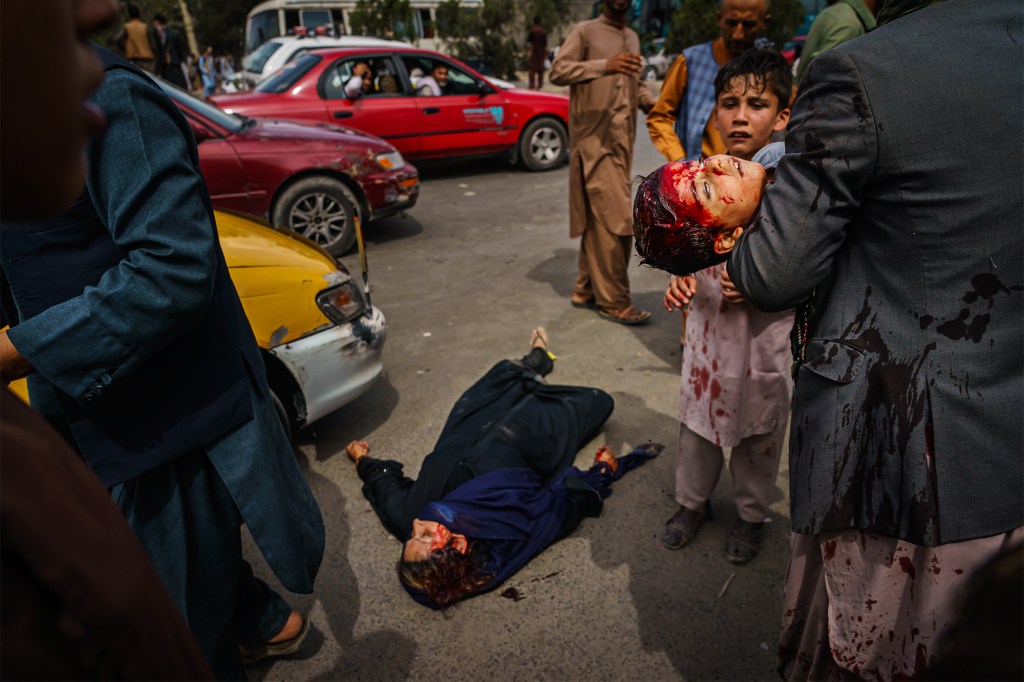 Remarkable it is, how quickly and drastically the transgender movement has developed. Two weeks ago, the chief of the Centers for Disease Control recommended that “pregnant people” be vaccinated — “people,” not “women.” She didn’t want to offend men or whatever other new gender is out there that might be with child. One has trouble imagining how Ward and June Cleaver would have reacted to this, if they had been taken back to the future, not to mention John Paul II. Additionally incredible is an online CDC questionnaire one fills out to see if one might need a covid test. One of the questions: “What sex were you assigned at birth, on your original birth certificate?” The choice: “male,” “female,” “I prefer not to say,” and “I don’t know.” The next question: “How do you currently describe yourself?” and the choices are “male,” “female,” “transgender,” or “I prefer not to say.” Perhaps we should rejoice that there aren’t more options (one university had more than a dozen gender possibilities) and be satisfied that at least “male” and “female” are still considered possibilities.”

On a form at a local clinic, as far as options for marital status, “married” comes in fifth, after “annulled,” “divorced,” “interlocutor,” and “legally separated.”

Nothing in American history has been quite as “intrinsically disordered” (to borrow verbiage from the Catechism) as what we now see. Headline: “Secretary of Transportation Pete Buttigieg on Tuesday announced that he and his husband, Chasten, are set to become parents.” Pray for such folks. And for a nation that has morphed from “Leave It To Beaver” to “The Twilight Zone.”

In the news also: tragic irony. Of late, covid and other unfortunate events seem to be targeting the Church hierarchy. Recently, the sinister disease has struck down the archbishop sent to administer at Medjugorje (Henryk Hoser of Poland, taking his life after three hospitalizations), and caused Cardinal Raymond Burke of the U.S. to be placed on a ventilator (as of this writing), apparently contracting the virus in Wisconsin, where he recently visited a new shrine dedicated to Guadalupe. (The hope here: the Guadalupe story included the uncle of Juan Diego healed of plague.)

While ignoring Archbishop Hoser (Medjugorje is not “mainstream” enough), the media was awash with the news about Cardinal Burke, whom they describe as an outspoken critic of vaccination. The Washington Post: “A Conservative Cardinal Who Criticized the Vaccine Caught Covid. Days Later, He Was Put On a Ventilator.” CBS (with a bit more truculence): “Catholic cardinal who spread vaccine misinformation now on a ventilator battling COVID-19.”

At any rate: let us pray for the cardinal, so beloved too in Wisconsin, his old archdiocese of St. Louis, and elsewhere, and now in the struggle (hopefully soon to be won) of his life. Reports the Catholic News Agency Tuesday: “The condition of Raymond Cardinal Burke, who was recently hospitalized with Covid-19, has reportedly deteriorated. A source who has spoken to someone close to the cardinal told CNA his condition has deteriorated, and the next 48 hours are crucial.”

A more updated report from the local Fox affiliate says the cardinal is “serious but stable.” It adds: “While the Cardinal’s family appreciates the good intentions of those who have suggested treatments, consultations, etcetera, they ask that people refrain from sending anything further. They also ask that you not contact them, members of the Shrine staff or the Cardinal’s residence in Rome to discuss his condition,” the press release states.

“Texts, phone calls, and emails—while certainly solicitous and often gracious—can, inadvertently, become a burden. The family does not plan to disclose His Eminence’s location to avoid the obvious difficulties that might cause.”