Mystic Not Only Claimed She Had Details Of Christ’s Birth, But Also The Date 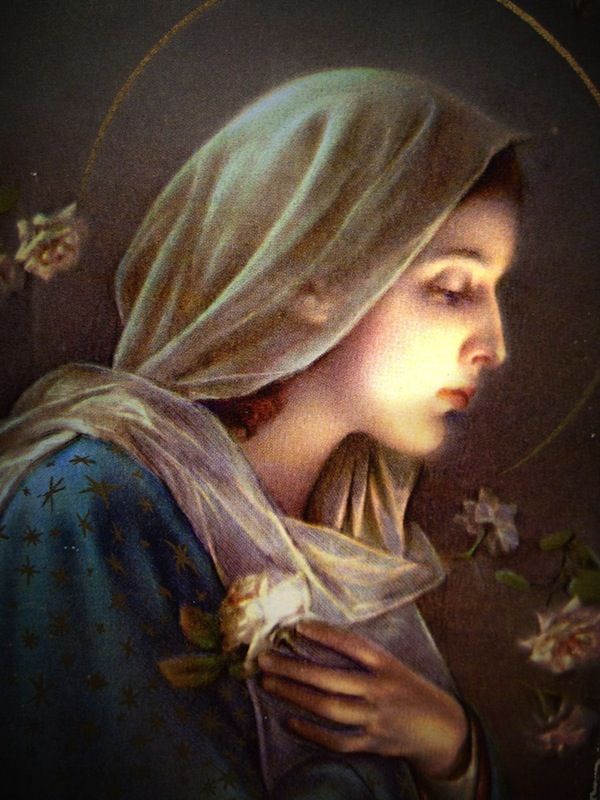 What was the actual birth of Jesus like? Could it be true that Anne Catherine Emmerich — the German mystic whose revelations led to discovery of Mary’s home in Ephesus — also received an accurate glimpse of this world-shaking situation?

That’s up to your discernment. Like all mysticism, the revelations must each be individually and carefully weighed. But they are so vivid that they draw the reader right into the mood of Christmas. When we left off,  Venerable Emmerich (up for beatification next year) had described the cave with the manger — and a dramatic scene that included Joseph — knowing the time was approaching — spotting a luminosity around his wife.

“I saw the radiance round the Blessed Virgin ever growing greater,” claimed the mystic in an ecstatic state. “The light of the lamps which Joseph had lit was no longer visible. Our Lady knelt on her rug in an ample ungirt robe spread out round her — her face turned towards the east. At midnight she was rapt in an ecstasy of prayer.”

At this moment, claimed Emmerich — whose visions often involved the spectacular, and whose revelations on the Passion are behind an upcoming major movie — the Blessed Mother seemed to rise off the ground or at least transcend the earth spiritually.

“Her hands were crossed on her breast,” said Emmerich. “The radiance around her increased. Everything, even things without life, were in a joyful inner motion, the stones of the roof, of the walls, and of the floor of the cave became as it were alive in the light.

“Then I no longer saw the roof of the cave,” said the stigmatic. “A pathway of light opened above Mary — rising with ever-increasing glory towards the height of Heaven. In this pathway of light there was a wonderful movement of glories interpenetrating each other, and, as they approached, appearing more clearly in the form of choirs of heavenly spirits. Meanwhile, the Blessed Virgin, borne up in ecstasy, was now gazing downwards, adoring her God — Whose mother she had become.”

It is powerful testimony. There are snippets that may be keenly accurate. This is a mystic who had many “hits” during her time as a seer of events in the past. “I saw our Redeemer as a tiny Child, shining a light that overpowered all the surrounding radiance, and lying on the carpet at the Blessed Virgin’s knees,” she went on. “It seemed to me as if He were at first quite small and then grew before my eyes. But the movement of the intense radiance was such that I cannot say for certain how I saw it.”

It was Emmerich’s contention that at the Nativity, Mary remained in a rapture for an extended time — at first not touching the precious, miraculous Child. Finally, she did. “After some time I saw the Child Jesus move and heard Him cry,” related Emmerich. “Then Mary seemed to come to herself, and she took the Child up from the carpet, wrapping Him in the cloth which covered Him, and held Him in her arms to her breast.”

True? Untrue? At the very least, Emmerich’s visions set an incredible, galvanizing tone of history’s holiest moment. No doubt, there was a great Light; no doubt there was a commotion in at least the invisible realm; no doubt some of this manifested in the physical, to whatever extent.

Emmerich saw angels “in human form” lying in the cave on their faces — a description that brings to mind current-day accounts of angels. Joseph too was reluctant to take up the Child — but did so at the urging of Mary, claimed the seer, who visions of the Passion have influenced a Mel Gibson movie.

According to Emmerich, the Christ Child was wrapped in red and white bands, His head and shoulders swathed with a separate cloth. “In these pictures of Christ’s birth, which I see as an historical event and not as a feast of the Church, I do not see such radiant and ecstatic joy in nature as I do on Christmas night when the vision that I see expresses an interior significance,” she explained. “Yet I saw in this vision an unwonted joy and an extraordinary movement at midnight in many places even to the uttermost parts of the earth.” 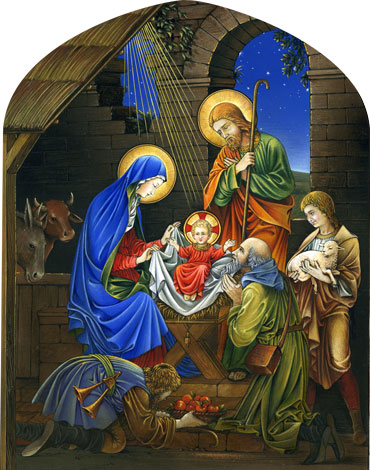 According to this German stigmatic, whose revelations occurred in the 19th century, the movement of Spirit affected many around the world.

Pagan idols broke; a fountain of oil sprung forth on a hill near Rome; in another place, a pagan temple collapsed, she asserted.

“I saw heathen priests consulting their records in great alarm,” stated the mystic during visions recorded by poet Clemens Brentano. “I saw that both the Roman consuls called for reports about this event and about the appearance of the fountain of oil.”

“I saw also in Egypt an event which proclaimed the birth of Christ. Far away in the country beyond Matarea, Heliopolis, and Memphis a great idol, which until then had uttered oracles of many kinds, fell suddenly silent. The idol was thereupon obliged by God to say that it was silent and must give way because a virgin had given birth to a Son, to Whom a temple would here be erected.”

Meanwhile, Bethlehem and particularly the Nativity Cave were enshrouded with a “wonderful radiance,” she asserted. Something like a mist had settled on the town.

They were star-worshippers, claimed Emmerich, and had a tower shaped like a pyramid, from which they gazed at the sky — especially a particular star in which they saw various changes. Such phenomena would be reported centuries later at places like Fatima. They also saw visions in the sky, and this time several stars in motion, forming a figure. They saw a beautiful rainbow over the moon.

There was also a disc from which came rays of light like the Blessed Sacrament.

At one point, she claimed, the Emperor himself saw a vision in the sky of a woman and Child above another rainbow.

Incredible claims. Could they be accurate in such intense detail? Most tantalizingly, Venerable Emmerich claimed to have indications of exactly when Jesus was born. Long the subject of dispute — with many of the belief that the Birth was several years before what is usually acknowledged (in other words, between seven to four B.C.) — Emmerich put it this way:

“Christ was born in the 45th year of the Emperor Augustus,” she asserted. “Herod reigned forty years in all until his death. He died about the time of Christ’s sixth year.”

This is a mystery because some historians place the birth of Augustus at 62 or 63 B.C.  As for Herod, some believe he died in 1 A.D. — putting the birth of Christ in roughly the range mentioned by Emmerich. Others argue that Herod died in four B.C.

“In the face of the historical evidence against it, the majority of theologians have up to now placed the birth of Jesus before the spring of 4 B.C.,” notes one scholarly book. “They have insisted on this early date because of a reference in Josephus that King Herod died not long after an eclipse of the Moon and before a springtime Passover of the Jews. This eclipse has become an important chronological benchmark in reckoning the year of Herod’s death.”

Herod was said to have died shortly before a lunar eclipse that some trace to four or one B.C.

Recently, a scholar claimed to have tracked the date as December in 1 BC. [see here].

Whatever the final determination — and Emmerich admitted that she wasn’t sure — she also claimed that Jesus was born “in the month of Kislev.”

Kislev was the ninth month, corresponding approximately to our November-December period; according to Catherine Emmerich, the Lord was born on the twelfth of Kislev — which that year was dated November 25.

“The reason why the Church keeps the feast exactly a month later than the actual event is because at one time, when an alteration in the calendar was made, some days and seasons were completely omitted,” she stated, adding definitively, “The Birth of Jesus occurred in a year which the Jews reckoned as having thirteen months.”