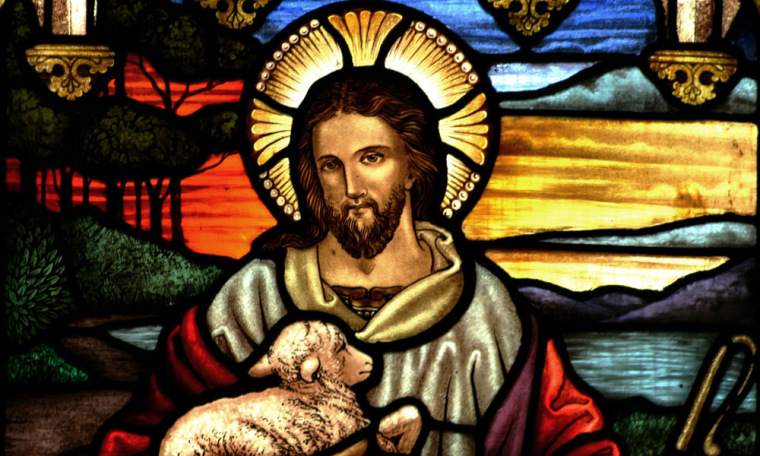 The tragedy of George Floyd has morphed from a horrid case of police brutality to a searing racial issue to a purge of anything representative of the Confederacy (and that’s fine) to a toppling of statues of those who owned slaves (watch out, Mount Rushmore) toward most recently a purge of white Christian icons — with one radical faction of Black Lives Matter suggesting that statues depicting Jesus as white should be the next to go. 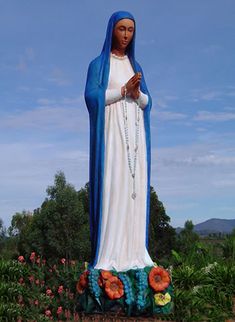 All prejudice is bad. All lives matter. The fact is that most statues are made from white granite or plaster or marble to start with and the fact is that various parts of the world have long represented Jesus, Mary, and other Christian figures in the ethnicity of the area — Japan honoring a Japanese Virgin, Asia a Chinese one, Africa, a dark-skinned Madonna (see Kibeho), and Mexico the olive-tone Indian-hued Virgin on that tilma.

In Europe — from Knock to Lourdes, from Fatima to Ukraine — the Blessed Mother has appeared Caucasian in accordance with the culture. (However, note in Poland and elsewhere the “Black Madonnas.”)

And while odds are very high that she had a dark, Palestinian-like complexion (indeed similar to Guadalupe), the fact is that no one knows how Jesus or Mary or Joseph or Moses or Noah or any biblical figures were actually pigmented.

It isn’t supposed to. 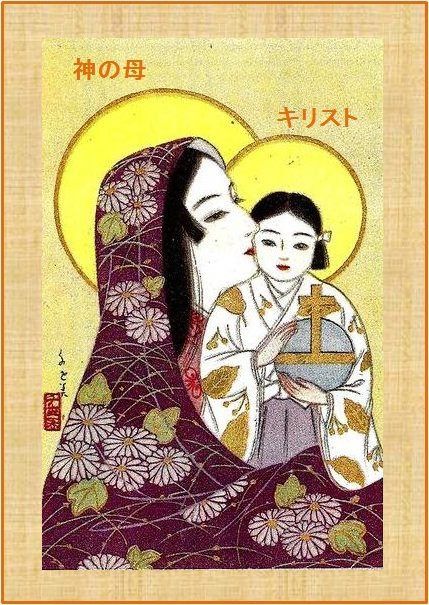 One might also note that while it’s nice to envision Indians as peace-loving, nature-respecting calm peoples before Europeans landed, and many of them were — wonderful folks with a real affinity for God’s Creation — the fact is that there were many warring tribes in many parts of the U.S. when the explorers hit the shores. In some instances, there was even cannibalism. All was not a utopia when explorers arrived, and while most recently a statue of Ponce de Leon was vandalized (in Florida), apparently it has been forgotten that De Leon died from the wound inflicted by an Indian’s arrow.

We also forget or did not know that those Spanish expeditions were funded by an extremely devout royal couple, King Ferdinand and Queen Isabella, who prayed fervently before deciding on voyages and instructed their ships to evangelize Native Americans (turn them from their paganism) as they established the New World and proclaimed it for Jesus. Ponce de Leon traveled with priests, as did most Spanish explorers.

Upon landing (wherever in Florida he may have set anchor), Ponce recited the same solemn prayer Columbus had: “Almighty and Eternal Lord God, Who by Thy Sacred Word has created heaven, earth, and sea, blessed and glorified be Thy humble servant and praised be Thy Majesty, and grant that through Thy humble servant Thy Sacred Name may be known and preached in this other part of the world. Amen.” 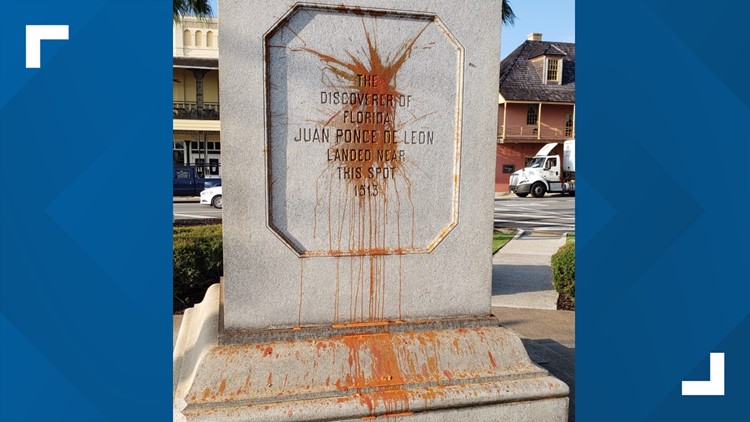 By 1521, De Léon, accompanied by at least one priest, had landed in Puerto Rico and then near Naples, Florida, where he was mortally wounded by hostile Indians. As pointed out by Michael V. Gannon, an eminent historian, “Catholic priests sailed with Ponce de Léon in 1521 on his second voyage to the land that Ponce had discovered and named; and on six subsequent Spanish explorations to the Florida shoreline from 1521 to 1565, priests of the Church were here to raise the Cross in the sand, and to offer unnumbered Masses on wilderness altars.” Does that make everything fine? Hardly. Priests and even nuns had or sold slaves. It is difficult to stomach when we look back at what life was like in centuries and sometimes even just decades past. Thank God we are acknowledging police brutality and the bias against blacks (though we might also focus on how many black babies are aborted).

But: it was those Europeans who named the Mississippi the “River of the Immaculate Conception” (before the name was changed back to the original Indian) and the Chesapeake Bay the “Bay of Saint Mary.” The name “Florida” comes from la florida as a link to the paschal time of year (and Easter flowers; this was the time of year De Leon skirted the coast for the first time). Timucuan Indian converts loved the Catholicism they were taught and many huts had pictures of Mary.

That has been the nature of much of human history.

In instances did Europeans mistreat Indians, even enslave some?

But at times the extent to which this occurred has been exaggerated. Egregious have been the attacks on Saint Junipero Serra.

We also tend to forget that there are statues of Indian chieftains who likewise exercised extreme violence. We perhaps recall the verb “scalping.”

But also, perhaps, statues are not meant for men to begin with. Perhaps that is human idolatry. Perhaps when there are statues, they should be of holy figures like Jesus. 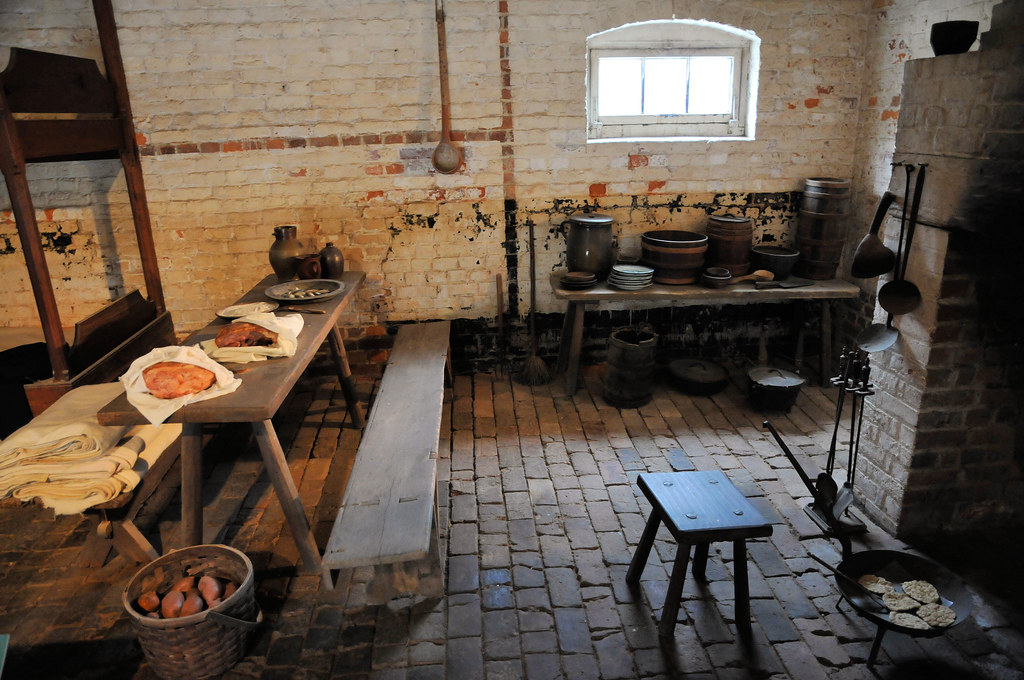 It is distressing to think of slavery (to use an understatement) and amazing to think a man like George Washington was blinded to the sufferings of slaves he “owned.” We have visited several places, from Louisiana to Florida to Mount Vernon, where slaves were quartered. Distressing to say the least.

But they were different times. Look at biblical ages, and even Jesus, when in Ephesians 6 He said, “Slaves, be obedient to those who are your masters according to the flesh, with fear and trembling, in the sincerity of your heart, as to Christ; not by way of eyeservice, as men-pleasers, but as slaves of Christ, doing the will of God from the heart. With good will render service, as to the Lord, and not to men, knowing that whatever good thing each one does, this he will receive back from the Lord, whether slave or free.”

[Footnote: If there is one toppled statue that caused no angst here, it was — to be a smidgeon cynical — the statue in Washington representing Albert Pike. Protesters pulled it down and burned the statue of the Confederate general in D.C.’s Judiciary Square last Friday. The statue depicted Pike as a Freemason — not a Confederate soldier — and indeed he was a very influential member of the Masons’ Scottish Rite, perhaps the most powerful, becoming Sovereign Grand Commander. While, as a lawyer, he represented Indians in their claims against the U.S., he also was affiliated with the KKK and may have devised some of their rituals.]