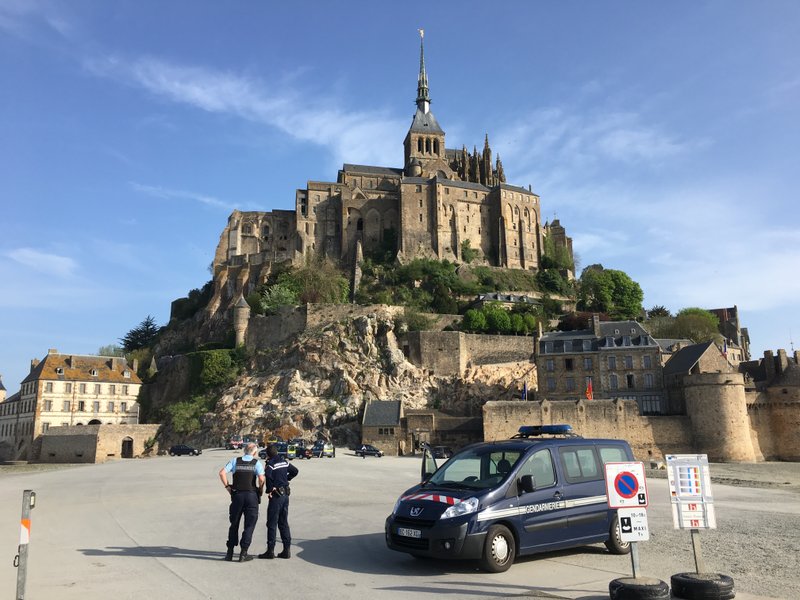 MONT-SAINT-MICHEL, France (AP) — French authorities evacuated tourists from the Mont-Saint-Michel abbey and were searching houses Sunday on the famed outcropping in the English Channel for a visitor who apparently threatened to attack security services.

The exceptional and elaborate evacuation of one of France’s most-visited tourist sites came after a string of sporadic attacks around France in recent years targeting police, some of them fatal. Details of Sunday’s threat were unclear, but the national gendarme service said authorities ordered the evacuation as a precaution. The suspect was still at large Sunday afternoon and an official with the gendarme service said the search was expanding to neighboring towns.