He helped kill the pope — so his pals could stay out of hell.

That’s the shocking claim from longtime Colombo gangster Anthony Raimondi, who says that, in 1978, he went to Italy with a team of hit men who whacked John Paul I. They allegedly poisoned him with cyanide just 33 days into the pontiff’s reign, according to Raimondi’s new book, “When the Bullet Hits the Bone,” out now from Page Publishing.  Raimondi, the nephew of legendary godfather Lucky Luciano, claims he was recruited for the murder at the age of 28 by his cardinal cousin, Paul Marcinkus, who ran the Vatican bank. Raimondi’s job was to learn the pope’s habits and be on hand to observe as Marcinkus knocked out John Paul by spiking his nightly cup of tea with Valium.

From The Daily Mail (caution: tabloid): 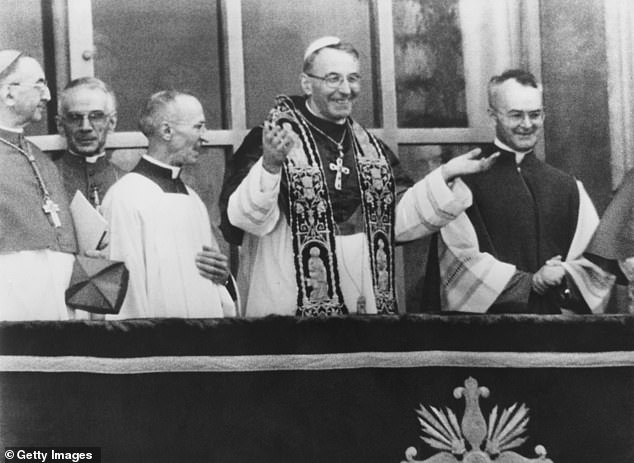 A mobster from the Colombo mafia family claims he helped poison Pope John Paul I with cyanide 33 days into his reign to stop the pontiff from exposing a billion dollar stock fraud scam.

The startling revelation comes from 69-year-old Anthony Raimondi’s new novel ‘When the Bullet Hits the Bone.’ Raimondi was a loyal member of the Colombo family – one of the notorious five Italian mafia families in New York City.