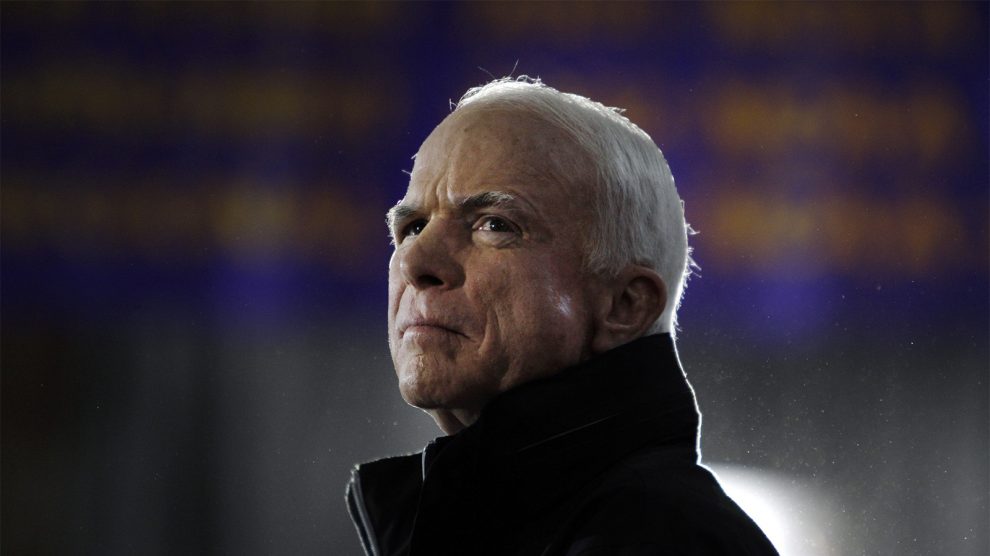 Sen. John McCain, a former prisoner of war who embraced patriotism loudly and religion quietly, died Saturday (Aug. 25) at the age of 81.

McCain was diagnosed in July 2017 with glioblastoma, an aggressive form of brain cancer. The longtime Arizona Republican senator, reared in the Episcopal Church, attended a Southern Baptist megachurch in his later years. He viewed himself as a Christian but had “a distrust of the religious right and a faith that is too public, too political,” author Stephen Mansfield, author of books about the faiths of presidents and presidential candidates, told Religion News Service in December 2017.