From the Epoch Times (blog): 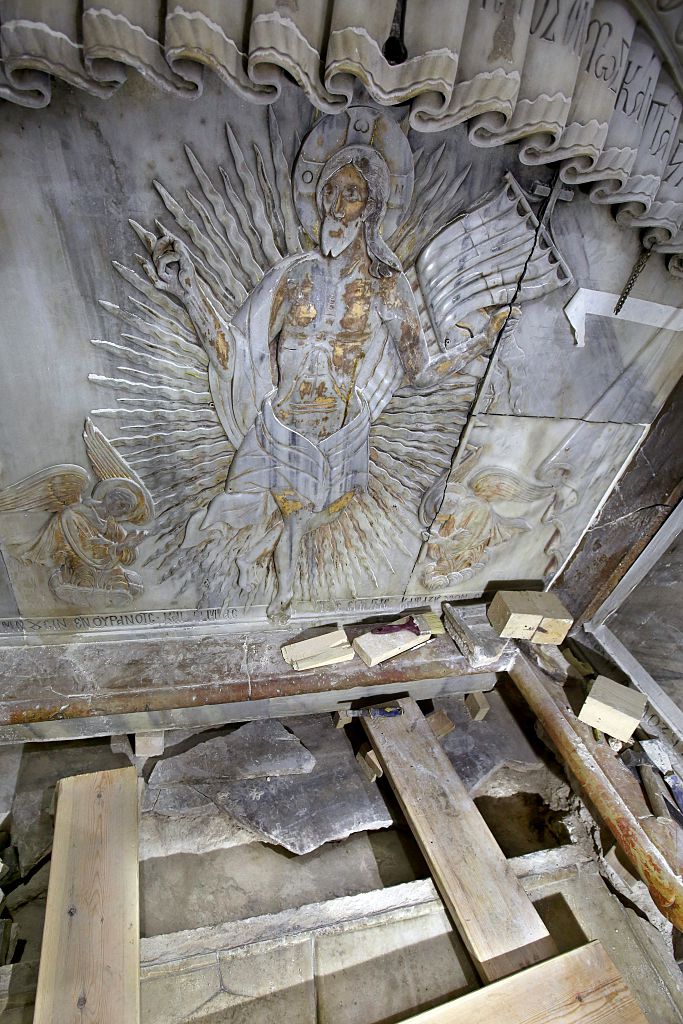 For the longest time, no one looked into the tomb, but in October 2016, a team of specialists opened the tomb. Archaeologist Fredrik Hiebert of National Geographic partnered in the much-needed restoration project of the sacred tomb within the Church of the Holy Sepulchre, in Jerusalem. Hiebert explains, “The shrine has been destroyed many times by fire, earthquakes and invasions over the centuries. We didn’t really know if they had built it in exactly the same place every time.”