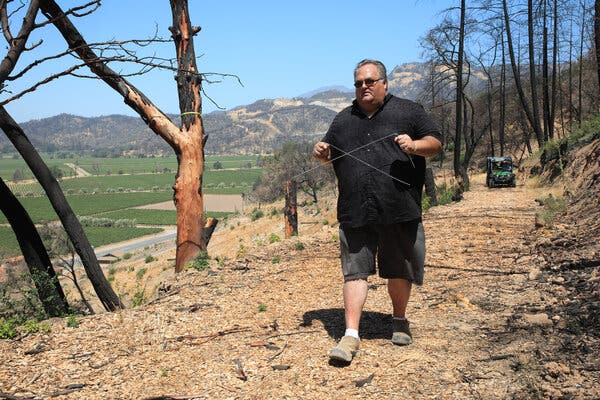 Will monsoon rains come in time to halt water witchery?

And what is it — water witching — anyway?

Notes a recent news dispatch from Calistoga, California, “In a vineyard flanked by scorched hills and charcoal trees, Rob Thompson gripped two stainless steel rods, began rotating in a circle, and counted under his breath. Then he said he had found it — water, hundreds of feet beneath the parched ground. ‘This is really good,’ said Mr. Thompson, 53, scratching an ‘X’ into the ashen soil with his shoe. ‘This is a deep one: 750 feet, 55 to 60 gallons a minute.’ He added, ‘This one I can feel. Mr. Thompson is a water witch.” [See Full Story]

Do you know about this — searching for water by feeling the vibes and sway of a special metal device or forked branch or stick?

They also call them “divining rods,” and the practice “dousing.”

Farmer’s Almanac informs us that “according to the American Society of Dowsers, divining the location of water dates back many millennia. In the Tassili Caves of northern Africa, an 8,000-year-old cave painting depicts a man holding a forked stick, apparently using it to search for water. In fact, historical images that seem to represent dowsing appear all over the world—in the temples of Egyptian pharaohs, in ancient Chinese etchings and more.”

(Or is the above ancient archery?)

Notes an expert: “At the turn of the twentieth century it was being noted that new water supplies were being profitably located by dowsing. (Mullins et al. 1894). Dowsing has also been exploited by the military. Dowsing appeared in USSR army manuals in 1930 for the finding of water in remote areas and was used by the First and Third US Marine Divisions in Vietnam, 1967, as a ‘simple, low-cost method for locating Vietcong tunnels, which were used for communication, storage depots, supply networks, command posts, training centers, hospitals and sally ports for over twenty years. (Bossart 1968).”

Many say it’s occult — a form of psychic perception (like using a crystal ball, a pendulum, or palm-reading). Physicists in the 1930s allegedly found that dowsers reacted to electromagnetic waves.

One thing for certain: it crops up on occult sites.

There are many theories. Divining rods and all common dowsing devices, say some, are simple electroscopes — charged with static electricity from the dowser’s own body. This static electricity can be measured empirically with a simple millivoltmeter and interacts with electromagnetism around (and under us).

A Christian website notes, “The Bible addresses practices such as dowsing in Hosea 4:12: ‘My people consult a wooden idol, and a diviner’s rod speaks to them. A spirit of prostitution leads them astray; they are unfaithful to their God.’ The ‘diviner’s rod’ has been variously interpreted as a magic wand, an Asherah pole, or some type of wooden staff used to predict the future or guide seekers into ‘wisdom.’ The occult diviner’s rod condemned in Hosea sounds similar to a dowsing rod—in fact, another name for a dowsing rod is ‘divining rod,’ because the purpose of dowsing is to divine the location of water or precious metal. According to Hosea, the Lord places divining rods, idolatry, and prostitution in the same category. But why would God be opposed to a harmless means of discovering a water source? The bottom line is that dowsing is a form of divination, a practice strictly forbidden by God (Deuteronomy 18:10; 2 Kings 17:17; Leviticus 19:26). Divination is an attempt to predict the future or uncover secret knowledge through a supernatural means other than the Lord.”

Perhaps the following, from a book called Divining Science (W. Dym), is most telling:

“Like underground spirits, the dowsing or divining rod (Wünschelrute) was a major component of pre-modern mining culture. The forked stick was used in all manner of magical treasure hunting, sometimes involving mining spirits and other creatures on the mountain. Dowsing rods, like special mirrors and crystal balls, functioned as instruments of sorcery that offered hidden knowledge of the underworld. The mining folklore is rich in examples. According to one tale, a group of miners once set out with a rod to a region reputedly rich in mineral deposits. The rod dipped strongly before a loud noise echoed through the forest, and the lantern extinguished, “as if the evil spirit would appear.” The miners ran home and never tried the dowsing rod again.”