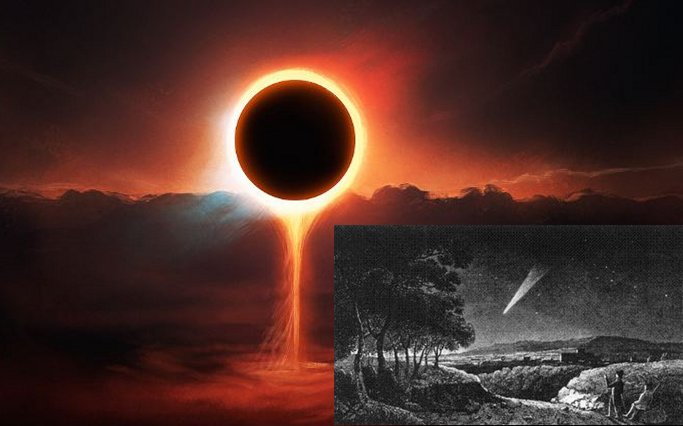 In 1811 and 1812, the greatest earthquakes in the history of the contiguous United States occurred, and few realize the oddities associated with those potent tremors so strong they even reversed the flows of sections of the Mississippi (and though centered south of St. Louis, caused church bells as far away as Boston to toll).

There is enhanced interest in these quakes because a total eclipse will be passing directly over the fault next week.

While there is no reason to believe — geophysically — that an eclipse should exert any kind of force that would provoke so much as a tremor, there were, in the case of those great 19th-century quakes, some very interesting peculiarities involving not just quakes and eclipses but a comet and war.

According to a government website about the quakes, some of those oddities involved prophecy.

“The earthquakes were preceded by the appearance of a great comet, which was visible around the globe for seventeen months, and was at its brightest during the earthquakes,” says the website for the City of New Madrid, Missouri. 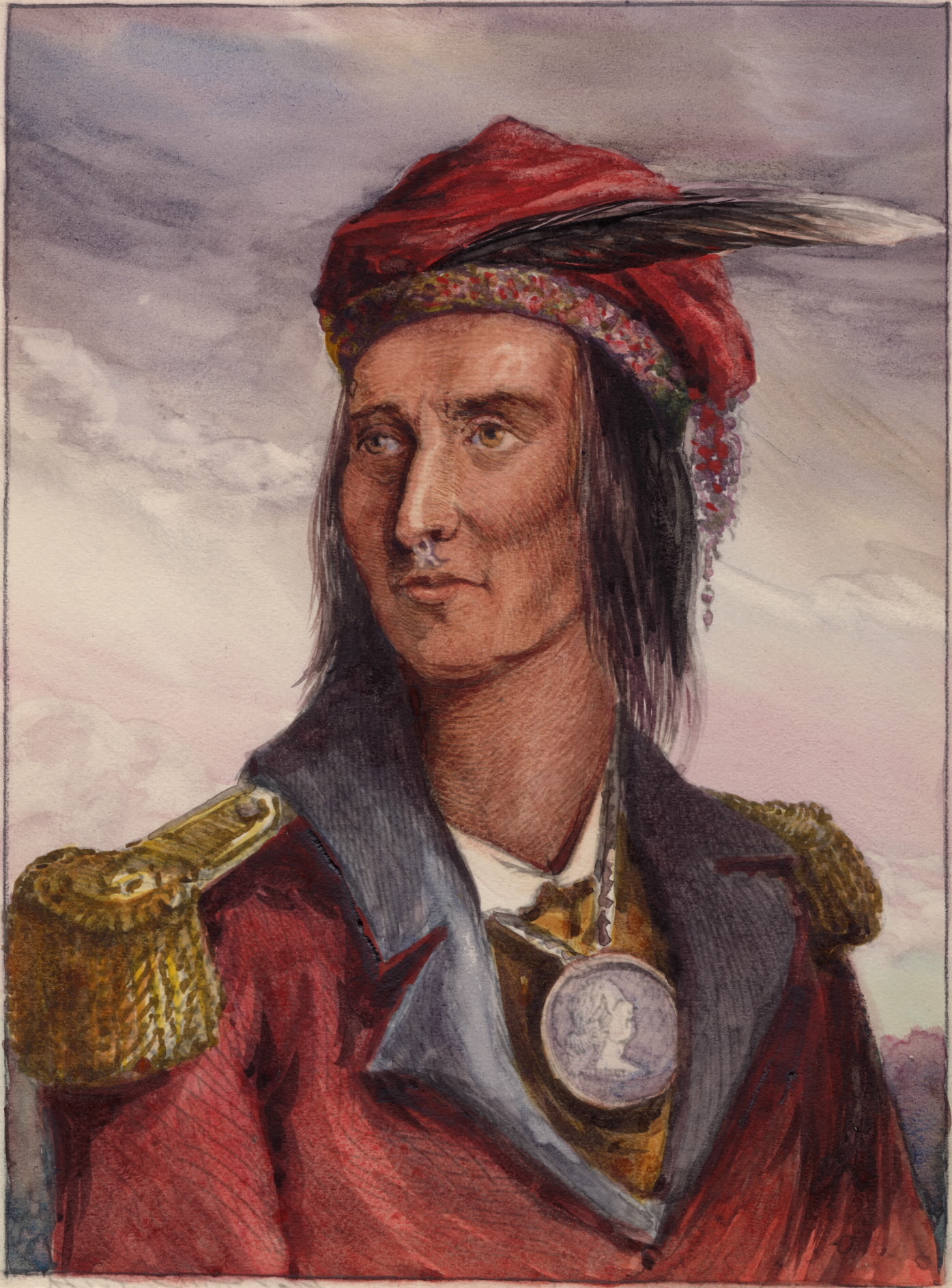 “Tecumseh was a Shawnee Indian leader whose name meant ‘Shooting Star or ‘He who walks across the sky.’ He was given this name at birth.

“A great orator and military leader, Tecumseh organized a confederation of Indian tribes to oppose the takeover of three million acres of Indian lands, which were obtained by the Treaty of Fort Wayne in 1809.

“His brother, a religious leader called ‘The Prophet,’ had gained fame when he foretold the total eclipse of the sun on June 16, 1806. (They had learned about it in advance from a team of visiting astronomers.)

“During this time, the Governor of Indiana Territory William Henry Harrison–worried about ‘The Prophet’s’ popularity — had challenged him to produce a miracle. After the day of the ‘Black Sun’ the brothers had no trouble attracting followers. 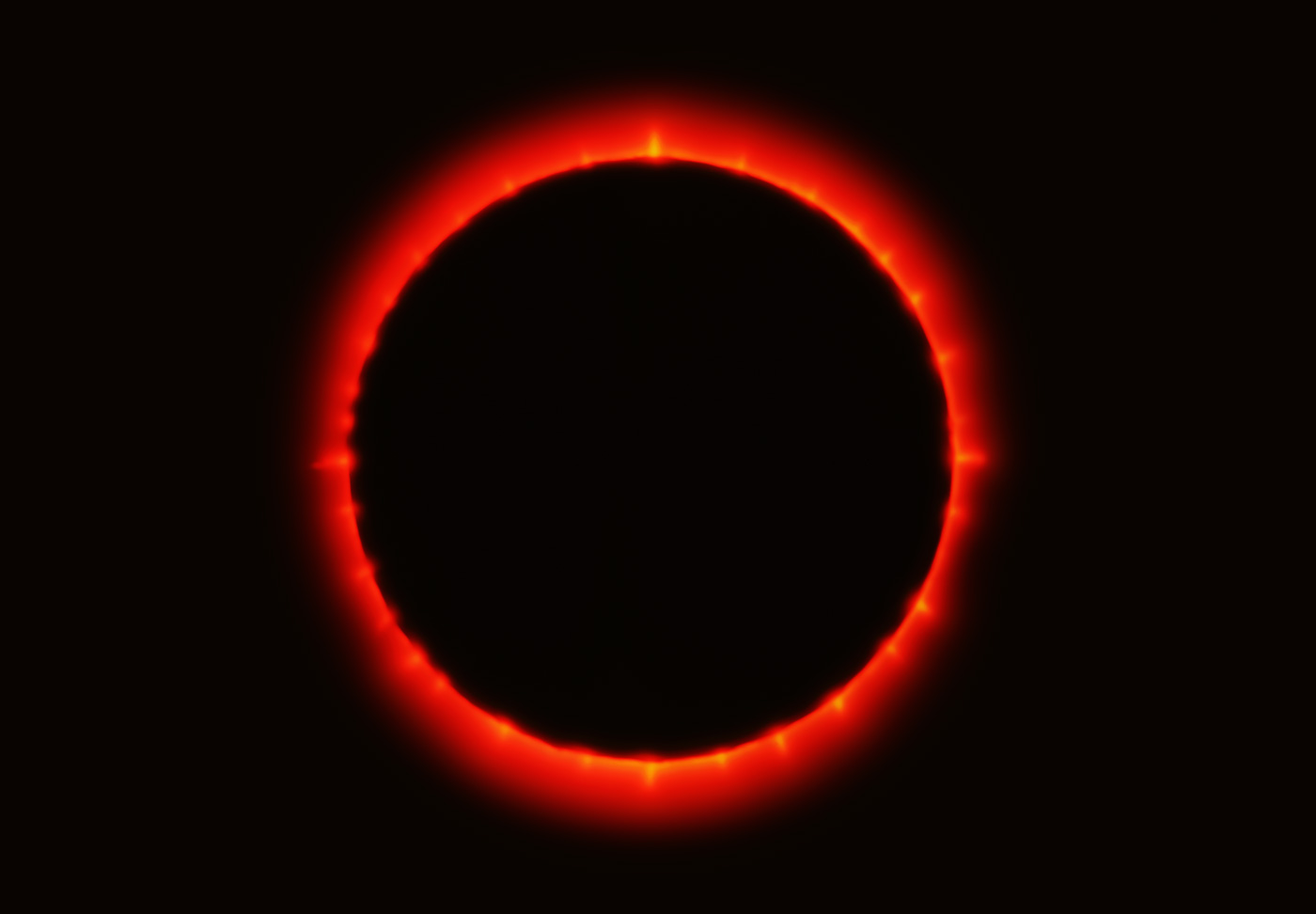 “A Black Sun was said to predict a future war.

“On September 17, 1811 there was another solar eclipse—which, again, was predicted by The Prophet.

“The brothers’ center of operations was at Prophet’s Town, located near the junction of the Wabash and Tippecanoe Rivers in northern Indiana. Tecumseh was traveling and recruiting warriors among the southeastern tribes, when Governor Harrison attacked Prophet’s Town with over a 1,000 men on November 6, 1811, a pre-emptive strike by the U. S., which marked the beginning of ‘Tecumseh’s War.’

“On December 16, when the earthquakes began, Tecumseh was at the Shawnee and Delaware Indian villages near Cape Girardeau, fifty miles north of the epicenter at New Madrid.

“The earthquakes continued as he traveled back to Prophet’s Town, arriving there in February, 1812. Tecumseh’s followers lost the Battle of Tippecanoe, but they continued to fight as allies of the British during the War of 1812 between the United States and Great Britain. Tecumseh was killed in battle in Canada in 1813. He is honored as one of the greatest of Indian leaders, both in the United States, and in Canada, where he is considered a national hero.”

You can see where the quake occurred, on the map to the left, and, above, on the right, the path of one of the eclipses — a bit to the north, but certainly visible to the area in question south of St. Louis.

[resources: Fear of Fire, Tower of Light, and Sent To Earth]

Said Mother Angelica about Sent To Earth: “If you didn’t buy his book, you’re missing it. It’s not a scary book; it’s a very good book. If you haven’t bought it I would buy it. I think it’s a great book, just terrific. I think it’s important for my future and your future. I want you to read Sent To Earth. Why? It’s logical, it’s truthful, it’s sensible, and it’s God’s way of saying, ‘Let’s be ready.'”

The New Madrid earthquakes were the biggest earthquakes in American history. They occurred in the central Mississippi Valley, but were felt as far away as New York City, Boston, Montreal, and Washington D.C. President James Madison and his wife Dolly felt them in the White House. Church bells rang in Boston. From December 16, 1811 through March of 1812 there were over 2,000 earthquakes in the central Midwest, and between 6,000-10,000 earthquakes in the Bootheel of Missouri where New Madrid is located near the junction of the Ohio and Mississippi Rivers.In the known history of the world, no other earthquakes have lasted so long or produced so much evidence of damage as the New Madrid earthquakes. Three of the earthquakes are on the list of America’s top earthquakes: the first one on December 16, 1811, a magnitude of 8.1 on the Richter scale; the second on January 23, 1812, at 7.8; and the third on February 7, 1812, at as much as 8.8 magnitude.

The Mississippi Ran Backwards
After the February 7 earthquake, boatmen reported that the Mississippi actually ran backwards for several hours. The force of the land upheaval 15 miles south of New Madrid created Reelfoot Lake, drowned the inhabitants of an Indian village; turned the river against itself to flow backwards; devastated thousands of acres of virgin forest; and created two temporary waterfalls in the Mississippi. Boatmen on flatboats actually survived this experience and lived to tell the tale.Getting Over Cracks
As the general area experienced more than 2,000 earthquakes in five months, people discovered that most of crevices opening up during an earthquake ran from north to south, and when the earth began moving, they would chop down trees in an east- west direction and hold on using the tree as a bridge. There were “missing people” who were most likely swallowed up by the earth. Some earthquake fissures were as long as five miles.Earthquake Phenomena
Sand Boils
The world’s largest sand boil was created by the New Madrid earthquake. It is 1.4 miles long and 136 acres in extent, located in the Bootheel of Missouri, about eight miles west of Hayti, Missouri. Locals call it “The Beach.” Other, much smaller, sand boils are found throughout the area.Seismic Tar Balls
Small pellets up to golf ball sized tar balls are found in sand boils and fissures. They are petroleum that has been solidified, or “petroliferous nodules.”Earthquake Lights
Lights flashed from the ground, caused by quartz crystals being squeezed. The phenomena is called “seismoluminescence.”Warm Water
Water thrown up by an earthquake was lukewarm. It is speculated that the shaking caused the water to heat up and/or quartz light heated the water.Earthquake Smog
The skies turned dark during the earthquakes, so dark that lighted lamps didn’t help. The air smelled bad, and it was hard to breathe. It is speculated that it was smog containing dust particles caused by the eruption of warm water into cold air.Loud Thunder
Sounds of distant thunder and loud explosions accompanied the earthquakes.Animal Warnings
People reported strange behavior by animals before the earthquakes. They were nervous and excited. Domestic animals became wild, and wild animals became tame. Snakes came out of the ground from hibernation. Flocks of ducks and geese landed near people.

The First Steamboat on the Western Waters Survived the Earthquakes
The first steamboat travel on the Ohio and Mississippi Rivers took place during the New Madrid earthquakes. The New Orleans set out from Pittsburgh on October 20, 1811, bound for New Orleans. Captain Nicholas Roosevelt had brought along his young wife, their two year old daughter, and a Labrador dog. Ten days after leaving Pittsburgh, his wife Lydia gave birth to a son in Louisville, Kentucky. They waited a while for her to recover, and for the water to rise prior to crossing the dangerous waters and coral reef at the Falls of the Ohio. On the night before the day of the earthquake, December 16, the steamboat was anchored near Owensboro, Kentucky, about 200 miles east of New Madrid, Missouri. Their dog, Tiger, insisted on staying in the cabin with them instead of sleeping on the deck.Without realizing it, they were heading straight towards the epicenter of the greatest earthquake in American history. Their steamboat, intended to be an advertisement for steam travel, was thought instead to be the cause of the earthquake by many who saw it. At Henderson, Kentucky, where no chimneys were left standing, they stopped to visit their friends, the painter John James Audubon and his wife Lucy. Floating in the middle of the Ohio River they were protected from the earthquake tremors shaking the land, but not from the hazards of falling trees, disappearing islands, and collapsing river banks. After entering Indian Territory on December 18th, they were chased by Indians who figured the “fire canoe” had caused the earthquake, but they managed to escape capture by outrunning them. They even had a small cabin fire that night which they managed to put out.Thousands of trees were floating on the waters of the Mississippi as they approached New Madrid on December 19th, three days after the earthquake. They found that the town of New Madrid had been destroyed. They didn’t dare to stop and pick up a few survivors, for fear of being overrun, and they were without supplies. Most alarming was the fact that they had not seen a boat ascending the river in three days. They saw wrecked and abandoned boats. It was undoubtedly a miracle that they survived and kept on going. They tied up at one island, and the island sank during the night. Their dog, Tiger, alerted them to oncoming tremors. On December 22, they encountered the British naturalist John Bradbury on a boat at the mouth of the St. Francis River, who told them the town of Big Prairie was gone.They arrived at Natchez, Mississippi on December 30 and celebrated the first marriage aboard a steamboat on December 31st, when the steamboat engineer married Lydia’s maid. They arrived at New Orleans on January 10, 1812, safe and sound, after traveling 1,900 miles from Pittsburgh on the first steamboat to travel the western waters.
[Photo at top courtesy of Messagetotheeagle.com; of dark red sun, Gary Fabian Miller]