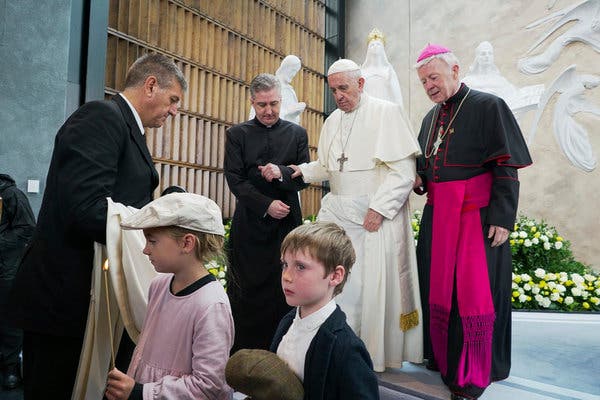 DUBLIN — On the final day of Pope Francis’ mission to Ireland, as he issued wrenching apologies for clerical sex abuse scandals, a former top Vatican diplomat claimed in a letter published on Sunday that the pope himself had joined top Vatican officials in covering up the abuses and called for his resignation.

The letter, a bombshell written by Carlo Maria Viganò, the former top Vatican diplomat in the United States and a staunch critic of the Pope’s, seemed timed to do more than simply derail Francis’ uphill efforts to win back the Irish faithful, who have turned away from the church in large numbers. Its unsubstantiated allegations and personal attacks amounted to an extraordinary public declaration of war against Francis’ papacy at perhaps its most vulnerable moment, intended to unseat a Pope whose predecessor, Benedict XVI, was the first pontiff to resign in nearly 600 years. The 7,000-word attack on Francis’ allies in the Vatican, published early Sunday Dublin time by several conservative Catholic outlets antagonistic to the pope, represented a steep escalation in the longstanding, and increasingly caustic, rivalries within the church.