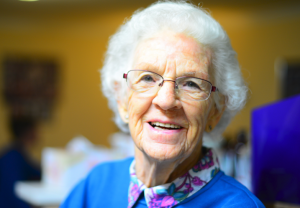 The Washington Post published an excellent article on January 24, 2018 by Charles Lane. Lane, a respected editorial columnist who asks: How many botched cases would it take to end euthanasia for the mentally ill and cognitively impaired?

In his article, Lane examines several documented cases of euthanasia of incompetent or mentally ill people. The first case Lane refers to is the shocking story of a woman with dementia in the Netherlands who resisted dying by euthanasia:

The patient, referred to in official documents only as “2016-85,” had made an advance directive requesting euthanasia in case of dementia. But the directive was ambiguously worded, and she was no longer able to clarify her wishes by the time she was placed in a nursing home — though her husband did request euthanasia for her.

Despite the lack of a clear expression from the patient, a physician concluded her suffering was unbearable and incurable — though there was no terminal physical illness — and prepared a lethal injection.

To ensure the patient’s compliance, the doctor gave her coffee spiked with a sedative, and, when the woman still recoiled from the needle, asked family members to hold her down. After 15 minutes were spent by the doctor trying to find a vein, the lethal infusion flowed.