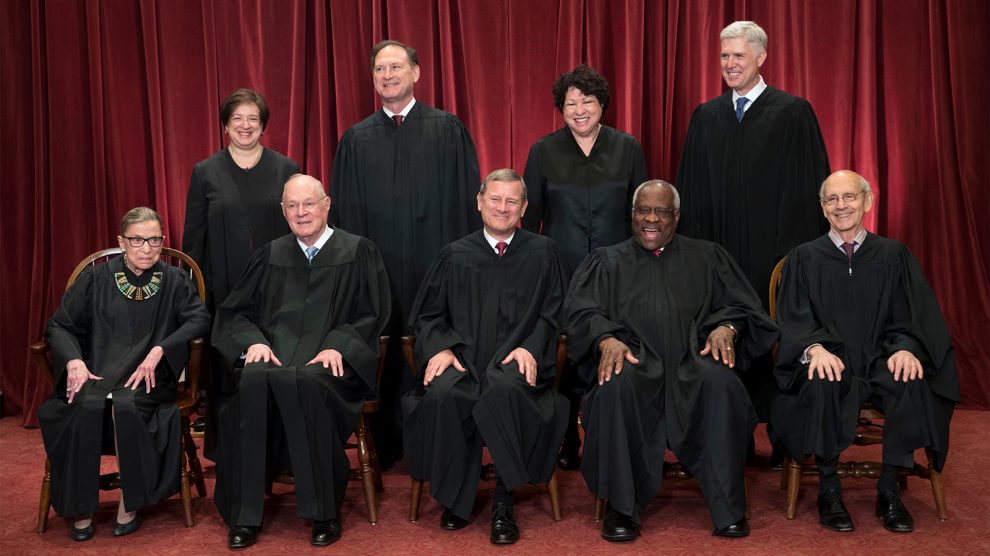 Two days after he was nominated by President Trump to the Supreme Court, Judge Brett Kavanaugh ladled mac and cheese into takeout trays outside Catholic Charities in Washington, D.C.

That the nominee for the country’s highest bench should pop up in photos volunteering for a Catholic aid group is no surprise at this point. When Trump announced his selection, Kavanaugh talked about being “part of the vibrant Catholic community in the D.C. area … united by a commitment to serve.” He also gave a nod to schooling: “The motto of my Jesuit high school was ‘Men for others.’ I’ve tried to live that creed.” Kavanaugh’s inclusion on the court would preserve the Catholic majority, with six justices reared and formed in that tradition. (Neil Gorsuch attends an Episcopal Church but grew up Catholic and attended the same Catholic high school as Kavanaugh.)