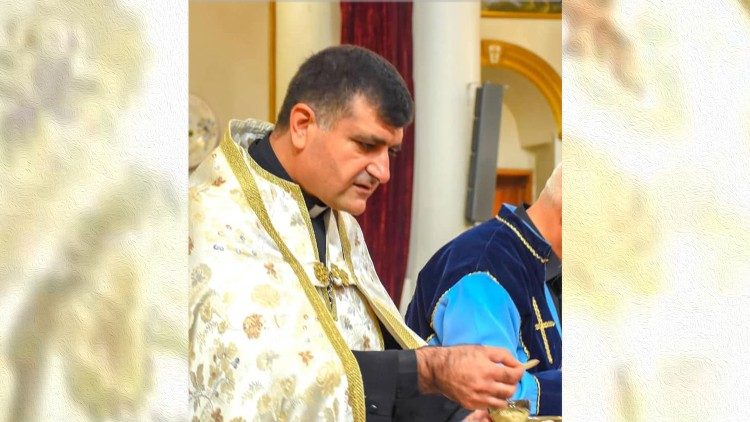 Gunmen  shot dead an Armenian Catholic priest and his father as they were traveling in a car in northeastern Syria.  The attack was claimed by the so-called Islamic State group.

Father Hovsep Bedoyan, the head of the Armenian Catholic community in the the Kurdish-majority city of Qamishli near the border with Turkey, and his father, Abraham Bedoyan, were heading to the province of Deir Al-Zor when they came under attack on Monday, November 11.

The two men were reportedly due to oversee the restoration of a church in Deir Al-Zor.

A third man, a deacon from the town of Al-Hasakeh, was reportedly wounded in the attack.

The Kurdish-controlled area in eastern Syria is overseen by US soldiers who have still to pull out from the oil-rich territory, which lies east of the Euphrates River.

Also on Monday , two separate bombings in Qamishli, one of them close to a Chaldean church,  reportedly killed at least six  people and wounded twenty two others.

The Armenian Catholic community in Syria is a small one, but it goes back centuries having been officially recognized in 1742. Today it counts some 600,000 faithful. It is a “sui iuris” (autonomous or self-governing) patriarchal Church which is in full communion with the Bishop of  Rome.

More than 100,000 ethnic Armenians lived in Syria, mainly in the northwestern province of Aleppo, prior to the Syrian civil war. Many of them have fled, including thousands to Armenia.

Islamic State militants persecuted Christians and displaced tens of thousands of them when it ruled large parts of Iraq and Syria.

A long list of priests and religious killed in Syria

Father Bedoyan is the most recent in a long list of priests and religious who have been killed or who have disappeared in the region since Syria spiralled into war; like the Dutch Jesuit Father Frans Van der Lugt, who was shot in Homs in 2015, and Franciscan Father Francois Murad, who was beheaded by so-called Islamic State militants in 2013.

Amongst those who were abducted and whose traces have been lost, there is Jesuit Father Paolo Dall’Oglio who disappeared in Raqqa in 2013; two Orthodox Bishops, Bulos Yazigi and Yohanna Ibrahim, who were kidnapped in the north-west of the country; as well as Armenian Catholic Father Michel Kayyal and Orthodox Father Maher Mahfuz, both from Aleppo.