[Oh, the worldliness of it all…] 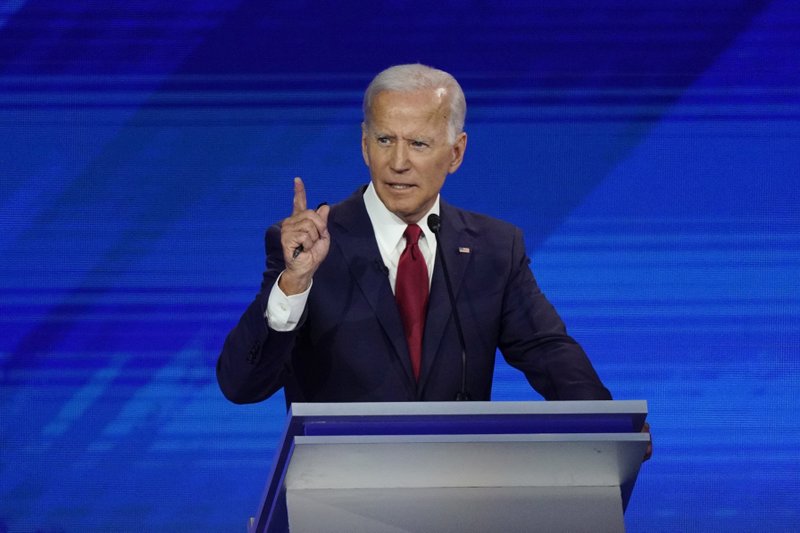 WASHINGTON (AP) — Joe Biden is the Democratic front-runner. And there were moments in Thursday night’s debate when he looked the part.

Standing between a pair of liberal senators offering radical change, he unabashedly embraced his more moderate position on health care, forcefully pressuring Bernie Sanders and Elizabeth Warren to level with Americans about the steep cost of implementing a fully government-run system. He was more polished and practiced than in previous contests. And he repeatedly leaned on the legacy of former President Barack Obama, who remains the most popular Democrat in the nation. But the debate was punctuated by moments that highlighted why Biden can’t shake questions about his consistency and whispers about his fitness for office, despite his lead in most national polls and early state surveys. Most glaringly: a meandering answer near the end of the debate about his past statements on racial inequality. Biden said poor parents should play the “record player” for their children before veering off into comments about Venezuela.

Though many were watching Warren expecting her to deliver a knockout performance, the senator fell somewhat short of that expectation. While this will likely not impact Warren’s standing in the presidential race at this early stage – which according to most polls is a close second behind Biden – she did not have the debate moment that many were anticipating.

On the other hand, the first 30 minutes of the debate during the health care discussion were arguably Biden’s best moments on the campaign trail to date. Though the former vice president’s performance was not perfect, he exhibited a much-needed display of strength and preparedness. Aside from Biden’s generally strong performance, he compellingly and convincingly delivered his core message of restoring, protecting and rebuilding the Obama-Biden record.