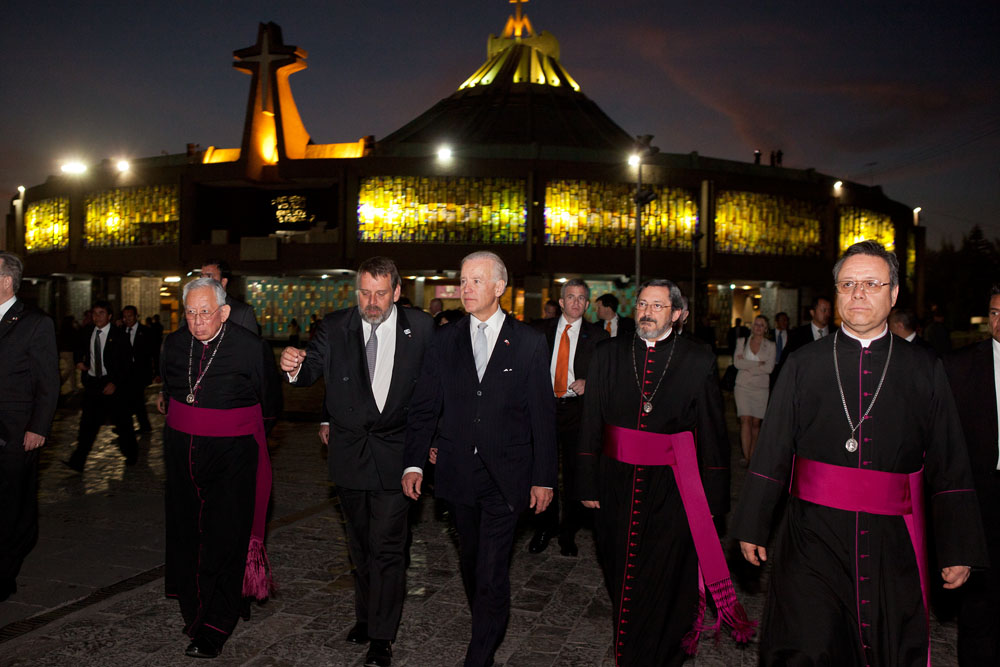 Is Joe Biden a Catholic?

Okay, of course he is — in the normal-secular sense — and as much so as the majority of those who check the box next to “Catholic” on surveys. In our time, how many Catholics strictly practice the Faith? How many attend weekly Mass? How many forsake materialism? How many save sex for marriage? How many practice natural family planning instead of using contraception?

Also “of course,” Joe Biden is a Democrat, which means he is for the woman’s “right” to abortion and also sundry other issues like gay “rights” and transgenderism; and so there is an asterisk next to “Catholic” on his survey checkbox — at least for those who believe in fidelity to Rome (and Scripture).

But Joe Biden is not was pro-abortion as many (there are twenty!) Democratic candidates.

As The New York Times reported last week, “Mr. Biden supports abortion rights and the Roe v. Wade decision, though he has gone back and forth on abortion in the past and has publicly struggled to reconcile his political positions with his Catholic faith. As recently as 2008, he said he believed life began at conception, though he emphasized that this was a personal view and that he did not think it was appropriate to impose it on others through abortion restrictions.

“But on some related policies, he has a more conservative record than other candidates in the race. As a senator, he voted multiple times against federal funding for abortions, including under government-run health plans. He also supported the Reagan administration’s so-called Mexico City policy, which blocks foreign aid to organizations that provide abortion counseling or referrals, and crafted his own amendment in 1981 to ban foreign aid for abortion-related biomedical research. Earlier this year, his aides would not say whether he still supported those policies.”

Translation: Joe Biden is the least “pro-choice” among Democratic candidates (though he’ll stand back and under certain circumstances allow for late-term terminations, which are abominable). In junior high school, Biden considered, briefly, entering a seminary in Baltimore to become a priest. In 2012, he visited the shrine of Guadalupe in Mexico City.

We thus see here, in Mr. Biden, the great cognitive dissonance of our time: a man with many good Catholic qualities and other that contravene the Faith; a man who has suffered greatly and well (losing a wife in an accident and a son to brain cancer); who wears a rosary around his wrist (purchased at Guadalupe); who attends Mass regularly  at in St. Joseph on Brandywine in Greenville, Delaware (which is more — regular Mass attendance — than three-quarters of “Cath0lics” can say. Without judging, let’s call his relationship with the Church at best, “complicated.”

Bishop Michael Sheridan, who oversees the diocese of Colorado Springs, said at the time that Biden should know [he would be turned away] and, “I would do everything I could do to make sure that he knows he ought not to be receiving Communion.”

And so we have a mixed bag here.

As the liberal Catholic periodical America notes, “It has been more than 50 years since John F. Kennedy, the first and so far only Catholic U.S. president, occupied the Oval Office. Since then, only one Catholic, John F. Kerry, has won a major-party nomination, but a couple of dozen others have made serious attempts. Former Vice President Joe Biden is the latest to make a run, hoping to avoid the fate of another Catholic Democrat who started the primary race ahead in the polls—Senator Ed Muskie of Maine, in 1972.”

Speaking at Lackawanna College, Biden made these remarks while introducing President Barack Obama:

“You know, Mr. President, some might think this is a bit of nostalgia on my part, talking about Bobby, talking about my native town like I am,” said Biden. “And by the way, there’s only three women that I know who are close to perfect. One was perfect–the Blessed Mother. The other was my mother, and the other is Bobby’s mom, Ellen Casey, right there.”

At least he acknowledges her.

But really: is that enough?

We don’t usually do politics. But here is the “bottom line”: Joe Biden has a real chance of becoming president, and if so would only be the second “Catholic” to do so, after John F. Kennedy, who likewise practiced the Faith but only in a sometimes problematic way.