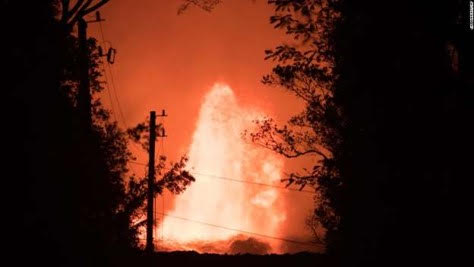 A lot of happenstance in our time.

Is there a veiled “woman” in the Kilauea volcano [above]? That’s up to you.

And might a horseshoe crab taken from a beach at New Smyrna (Smyrna!), Florida, bear an image?

If so, of whom (or Whom)? Does it really look like Christ, the way those “brows” and mustache and beard are (almost sinister)?

Coincidence. Also, recently in the news, a woman accused of DUI crashed onto a ballfield in Maine and killed a man named Douglas Parkhurst, 68, of West Newfield, who — it turned out — had confessed a few years ago to the unsolved hit-and-run death of a four-year-old girl way back in 1968! A coincidence…

Not much good luck either for a Canadian man named Mackenzie Peddle who was driving home to Saskatoon when an ax came smashing through his windshield, bloodying him and knocking him out. “Oddly,” notes Fox News, “this is the second time something like this has happened to Peddle. About 10 years ago he was driving down a different road near Kenosha Lake when a piece of rebar fell off of a passing truck and speared straight through the driver’s side of his car, from the window, through the back seat and into the trunk, Peddle recounted to the CBC.” Police are investigating.

Those are not so good coincidences. What of the positive, even holy ones?

June Klins says: “I read your article on God-incidences and you said ‘tell us your accounts.’ The very first one I ever experienced as a child was that my parents were born on the same day, the same year and even in the same exact hospital. They were in the nursery together! They were soul mates from the start! My mother died on Our Lady’s birthday, September 8, 2013. And that is the same date that my son received a miracle of his life being saved after he accidentally shot himself in the leg in the woods with no one around and was rescued after praying the Rosary.  (You featured his story way back when it happened in 2001.) I could go on and on…. I am always in awe of God’s timing.”
+
Says Mark Endres of Madison, Wisconsin:

“A couple years ago, I had purchased several ‘pardon Crucifixes’ that were approved by Pope Pius X, regarding certain indulgences. I first bought one in Betania, Venezuela.

“God has given me several coincidences with the Crucifix. I don’t feel comfortable without one around my neck. It is a powerful indulgence/purgatory sacramental.

“One day, I was talking to a co-worker.  I was reading his dictionary to find the definition of the word ‘quarantine.’ Why: it is a word that appears in the original prayer card that comes with the Crucifix.
“As I was reading his dictionary in his office, on his computer screen the name ‘Pope Pius X credit union’ appeared…”
+
[resources: The God of Miracles]
+
[Footnote: An actor responds to a casting call for a documentary on a murdered priest-martyr and finds out his original name is the same as the priest’s (before that priest took his religious moniker, and before the actor took a stage name! Sean Bloomfield noted this).
ShareTweeteMail