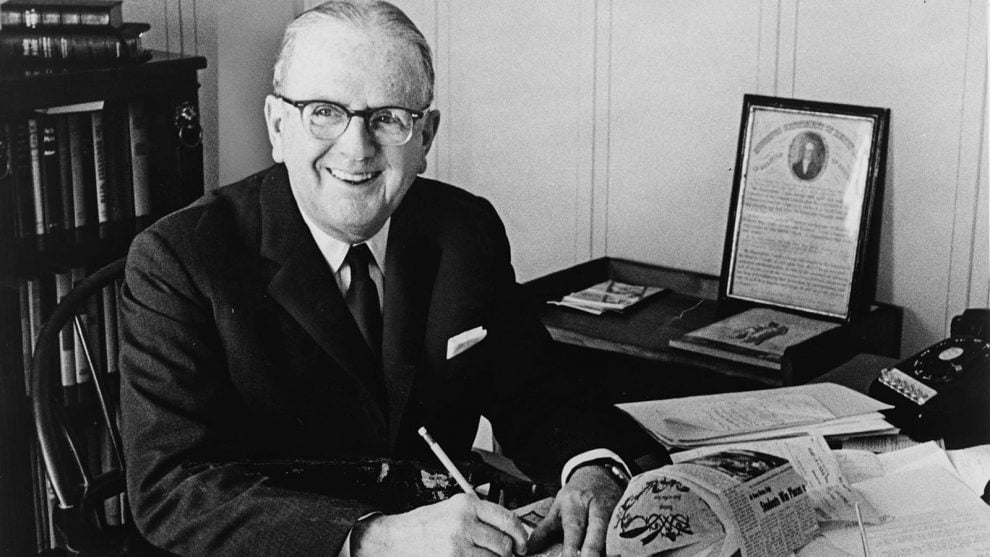 (RNS) — If Americans ever lived in a Billy Graham nation, they do so no longer. They live now in a nation defined by Norman Vincent Peale, though few Americans today may even know this name.

It is Peale’s influence that permeates the cultural landscape. He is a founder of our secular religion of achievement and well-being. His vision is echoed in the mystical certainties of figures like Oprah Winfrey. Even the Trump presidency is confirmation that our country is now Normal Vincent Peale’s America. Peale was eager, though, to find language to inspire his sophisticated, business-obsessed Manhattan congregation. He began moving away from biblical theology in favor of motivational psychology. He came to believe that “given a normal intelligence, an individual can make of himself about what he wants to be.” He spoke of the Sermon on the Mount as a “practical program for personality building.”