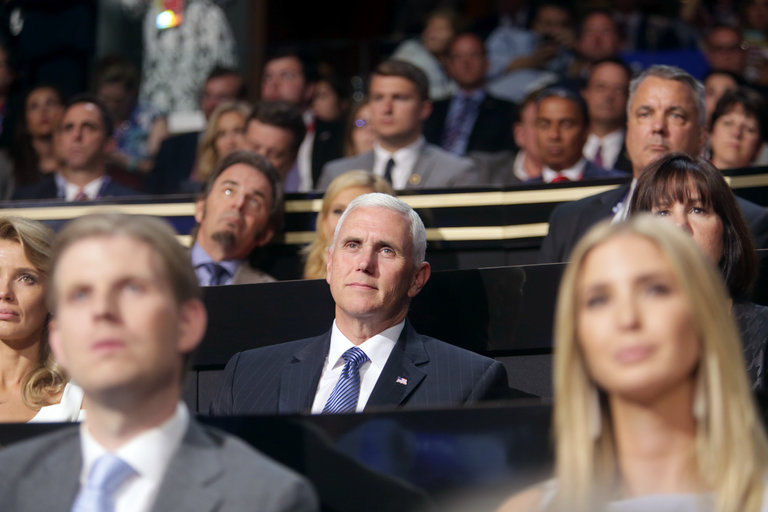 When Gov. Mike Pence of Indiana was in college, he found himself admiring a gold cross hanging from the neck of his fraternity “big brother.”

The response he received left such a powerful impression that he would recall it decades later on the floor of Congress.

“Remember, Mike, you have got to wear it in your heart before you wear it around your neck,” Mr. Pence said his fraternity brother told him.

Soon after this exchange, at a Christian music festival in Kentucky, Mr. Pence took a very different sort of pledge from the one he had taken to join Phi Gamma Delta. “I gave my life to Jesus Christ,” he recalled years later, “and that’s changed everything.”

It was a decision that would redefine Mr. Pence, setting him on the path to becoming an evangelical Christian and one of the country’s most outwardly religious and socially conservative legislators.

But it also caused him to break with two institutions that had been central to the Pence family: the Roman Catholic Church and the Democratic Party.

[Your donations keep our site running; we appreciate it!]

[Visit our store to purchase books, gifts, reports and support this site; thank you]