There are two ways of looking at the greeting, the “sign of peace,” during Mass. One is that it connects people, and demonstrates Christian affection. It is easy to see that viewpoint. Jesus was about love. The other is that it lacks reverence, has led to disrespectful socializing inside church, and interferes with the most intense part of the liturgy. This view is also easy to understand.

It may surprise many that, according to some historians, the “sign” or “kiss” of peace was instituted in the most ancient liturgies, at the very beginning of Christianity. A “kiss of peace” is mentioned five times in concluding sections of New Testament letters (Romans 16:16, 1 Corinthians 16:20, 2 Corinthians 13:12, 1 Thessalonians 5:26, and 1 Peter 5:514): “Greet one another with a holy kiss,” was the admonition in these epistles that were probably read during very early communal worship. 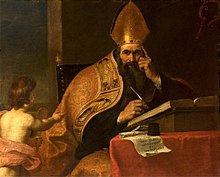 There are those who think the “greeting” is a product of Vatican Two, but it is not. Even St. Augustine — in the fifth century — instructed on the sign in an Easter sermon, referring to it, by then, as following the Holy Sacrifice after Lord’s Prayer. (Obviously, the Lord’s Prayer was in a different liturgical location back then.)

Indeed, the issue, it seems to us, is where the greeting should be placed. Benedict XVI himself ordered an investigation of the history, to see if it should be put in a different part of the Mass, perhaps before the Offering, so as not to interrupt the solemnity of the Consecration. Others have suggested it be part of the final blessing: “Let us offer each other the sign of peace,” and then, “…Go forth, the Mass is ended.”

As Catholic professor Gerard T. Mundy points out (in an intriguing commentary:) the liturgy is a re-enactment of the Last Supper, and the Last Supper had no such pause for a greeting.

“When Jesus told His followers most dear that He was to die the next day, His apostles upon hearing this did not smile, hug, shake hands, and break into song at the prospect,” notes Mundy. Moreover, he argues, it is difficult to envision Mary and John smiling, embracing, or shaking hands at the foot of the Cross.

We asked readers their views of the greeting and were met by a barrage of reaction, some ardent, some cacophonous.

*”It connects me to the people instead of just seeing their backs,” commented Susan Garcia Padilla. “And when you see their friendly faces it moves my heart! We are introducing ourselves as one Catholic family!”

*”It’s ridiculous. Come into the church, genuflect, kneel down and greet Jesus,” chimed in Roberta Klodt. “That’s all.”

*”I’m old school,” stressed Karen Dunham. “We forget that the real Presence of Christ is in that tabernacle. Mass isn’t a social event. And it’s the same all over so why do you need a greeting. I was taught Holy Water, Sign of the Cross, kneel down, and talk to God. You don’t go to Mass to be entertained.”

*”Love people but really don’t like this either with flu season now,” inserted Raye Tiedemann.

*”It is a total distraction from the celebration of the Eucharist!” groused Gina Maniscalco-De Lucia.

*”I greatly dislike the greet your neighbor in the pew, the greeters at the entrances, and the priest giving a weather or sports report at the beginning of Mass!” barked Theresa Thompson. “I am there for God and Mass. Spare me the entertainment. And please no clapping at the end of Mass for the singers or musicians….if you enjoyed their talent, go and speak with them; clapping is for the theater.”

*”The greeting should, in my opinion, happen right after the first song,” said Diane Claire “Where it happens now seems to break thought and focus on the Eucharist. I would rather not greet at all actually. Too many germs get exchanged.”

*”Brings unity as the body of Christ,” argued Margot Blair!

*”The whole Mass is a culmination of Calvary repeated,” said a viewer named Debra Lou, echoing Mundy. “Nowhere, in any of this, should we impart the sign of the peace. After the Our Father prayer at Mass, somewhere between this giddy sign of the peace, turning around, smiling, laughing, and talking, we forget the next profound part of the Mass which we miss because we are so wrapped up in this peace sign still: The meaning that Christ expires on the Cross, where the priest divides the host. We have forgotten why we even attend Mass. Most believe we go to see people so we can talk to them. I keep my hands folded, my head down in prayer a lot, and ignore those around me. I don’t try and be rude. I’ll talk to them outside, where I am not disturbing those who want to pray in front of the tabernacle! People forget God is present there.”

*”Are you talking about the Sign of Peace?” said James Morgan. “If so, I’d rather not do it. It comes just before Holy Communion and is a distraction. I particularly dislike it when people cross the whole church to shake hands instead of confining it to those who are nearby. I also dislike the waving that goes on.

And what about holding hands during the Our Father: perhaps only if allowed by the pastor, and not with anyone who does not want to hold hands?

We’ll hold that for a future “poll.”

Sometimes, we wonder if posing such questions adds much, as we weigh issues of both reverential inadequacies on one hand and religiosity (legalism) on the other. Often, while we argue over ecclessiastic matters, the larger issue is a Church that is shrinking due to a lack of feeling God and periphrastic homilies that arguably can also disrupt the flow of the liturgy. Perhaps we will have a follow-up on this too.

That lack of feeling can come from arch legalistic approaches at one extreme, and loose cordiality (talking in church, interrupting the prayers of fellow worshipers), at the other. A good sign to post outside each church door: “Silencio!”

Only the Holy Spirit grants us proper balance.

But if we might add: It is questionable whether opening it for debate is useful. We must not be divisive. While some believe the Tridentine Mass, which limits the greeting, is the oldest form of liturgy, it actually dates back in the missal “only” to 1570.

Yet, we too love such means of devotion and seeking more reverence is a noble cause. We must be cautious about a descent into what is latitudinarian.

Perhaps, if the sign is not going to be moved to a spot outside the Consecration: simple nods instead of too much hand-waving? Yet, the early Church fathers read that we should kiss…

As Allan Weilert noted, dismissively, “Look, the Church is NOT a democracy. We don’t get to decide anything. Also, the idea that germs cause disease is ridiculous. It’s called a “theory” for a reason. The real reason people succumb to illness is a weakened immune system.”