It’s a tradition even some who readily accept the miraculous might find challenging to accept. We’ll stay away from a final discernment. What the Church states is fine by us.

The issue is the Holy House in Loreto, Italy — said to be the actual home where the Holy Family had lived while in Judea.

According to tradition, the tiny stone abode was supernaturally flown — carried by angels — from Israel around 1291 — not at first to Loreto, but outside the Croatian city of Rijeka to protect it from Muslim marauders, only to be miraculously transported a second time, this time to Italy, in woodland near Recanati, and then to a nearby hill, where it sits today.

The location in Croatia is interesting, in a region that includes Krk, where an alleged stigmatic priest associated with Medjugorje (a Croatian hamlet) lives.

Other narratives have a total of five locations.

Was it really transported by angels?

Notes a website called Aleteia: “Yet, modern research suggests that the Holy House, like many relics from the Holy Land, may have been transported by ship at the conclusion of the Crusades. In the early 1900s, a priest and papal archivist was going through Vatican documents when he came upon a record detailing items that were brought out of the Holy Land during the Crusades. He discovered that a Greek merchant with the surname Angelos paid crusaders to move the house to Italy as part of a wedding dowry for his daughter, who was betrothed to a nobleman from Taranto. Some suggest that the etymological roots of his name led to the tradition of the ‘Angels’ bringing the house to Italy.” 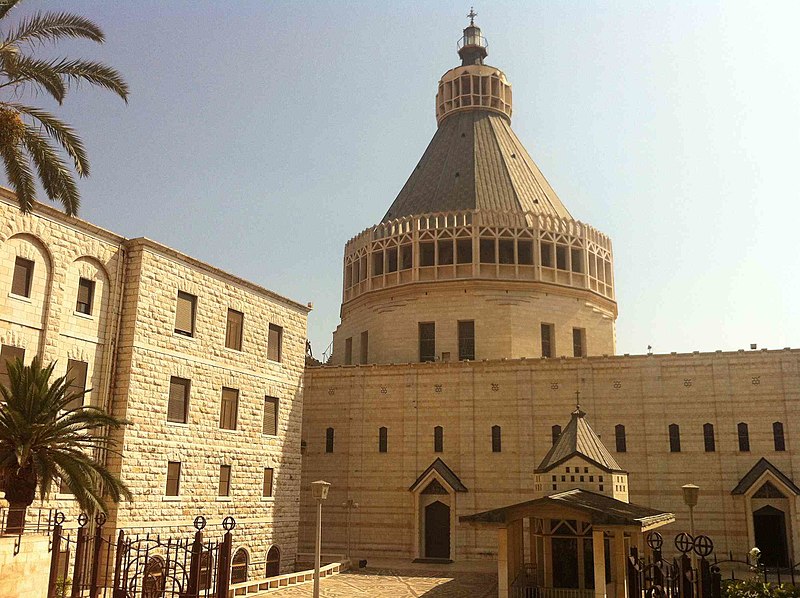 But that hardly lessens the power and mystique of this place, and there is no compelling argument against its authenticity of the house itself — said to have been discovered in 336 A.D. by Empress Helena during a pilgrimage to the Holy Land (where she also found the site of Crucifixion and other tremendously important locations and artifacts).

Was the house that now sits in Loreto where Mary lived before Jesus was born? Was it — and some claim — where the Annunciation occurred?

That’s problematic because there is that other major place, the cave-like abode in Nazareth, now surrounded by a grand basilica, known as the Church of the Annunciation, where the annunciation is said to have taken place — and it packs equal power. We can personally attest to the anointing here. 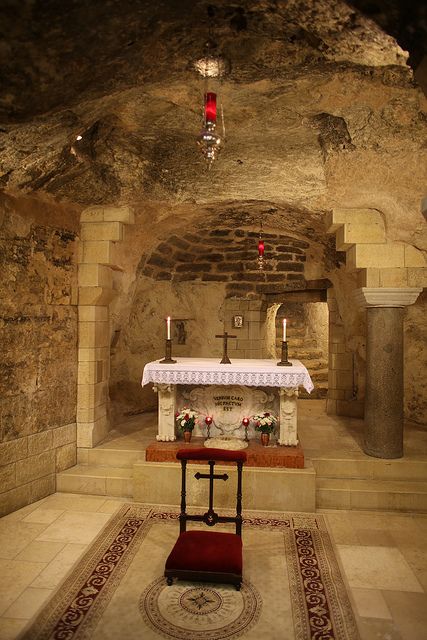 But what about after Jesus was born? Might not Loreto indeed have been where He was reared as a youngster?

According to tradition, the house now in Loreto was turned into a church after His Resurrection. Today it too is encased within a basilica, with many miracles associated with visits there. The “house” itself consists of three stone walls, a plain stone structure with an entrance on the north side and a window on the west, just 31 by 13 feet.

It’s a spot that has eluded us during various pilgrimages to other places in Italy.

Once the pandemic clears, we intend to visit. 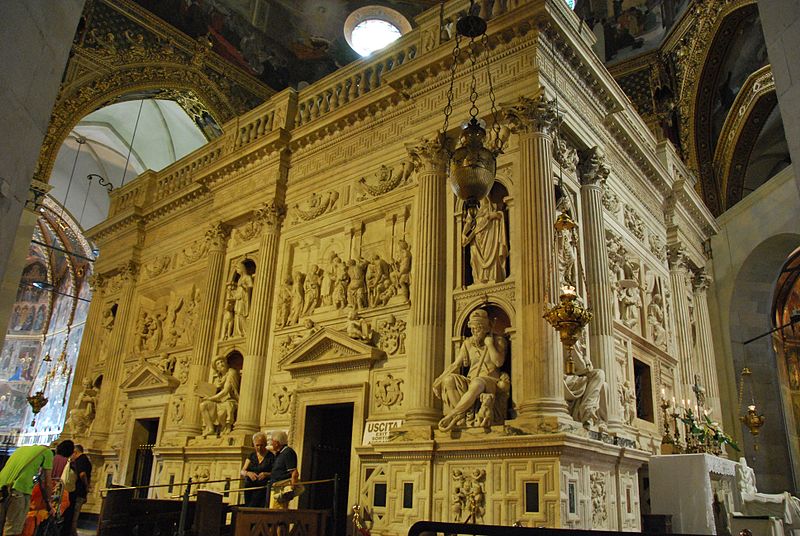 “Though there is no way to prove how the house arrived in Loreto,” added Aleteia, “there is plenty of evidence to demonstrate that the walls are from the Nazareth basilica. The most convincing evidence is the discovery of ancient Christian and Marian graffiti markings on the Loreto walls similar to those found in ancient Judeo-Christian churches in Palestine. There is one virtually identical mark, in fact, on one of the Loreto walls as well as in the Nazareth grotto.”

Adds the Catholic News Agency: “Excavations in both Nazareth and Loreto found similar materials at both sites. The stones that make up the lower part of the walls of the Holy House in Loreto appear to have been finished with a technique particular to the Nabataeans, which was also widespread in Palestine. There are inscriptions in syncopated Greek characters with contiguous Hebrew letters that read ‘O Jesus Christ, Son of God,’ written in the same style inscribed in the Grotto in Nazareth.

“In 1900, the Pope’s physician, Joseph Lapponi, discovered documents in the Vatican archive, stating that in the 13th century a noble Byzantine family, the Angeli family, rescued ‘materials’ from ‘Our Lady’s House’ from Muslim invaders and then had them transported to Italy for the building of a shrine.”

A wonderworking Black Madonna (said to have been carved by Saint Luke; others say it is more recent, but still very old) graces the premises.

Could angels have transported it?

Angels — by the Power of God — can do anything. That includes incredible transportation and also helping humans relocate something like this holy stone edifice, which Saint Pope John Paul II called “foremost shrine of international import dedicated to the Blessed Virgin.” Christopher Columbus invoked the Virgin of Loreto. So did Pope Pius V during the Battle of Lepanto. But the name “Angeli” seems compelling and in its own way as miraculous.

We know mainly this: it is a very special, holy house, the peace and supernal qualities, from all testimonies, tangible.

Thus, the bottom line is that it’s miraculous, in whatever way one wants to view it and hopefully visit.

[Footnote: Reports the Sydney Times this week: “There is a strong case that a well-preserved 1st-century house excavated at Nazareth was the childhood home of Jesus, a British archaeologist has claimed. Ken Dark, professor of archaeology and history at Reading University, said that a 19th-century identification of ruins at the Sisters of Nazareth Convent as the house of Joseph had been dismissed out of hand by archaeologists in the 1930s and rejected by scholars ever since. However, his findings, after 14 years of fieldwork and research at the site in northern Israel, confirm for the first time that the convent stands over a 1st century dwelling that was believed from at least the 380s to have been where Jesus grew up.”]