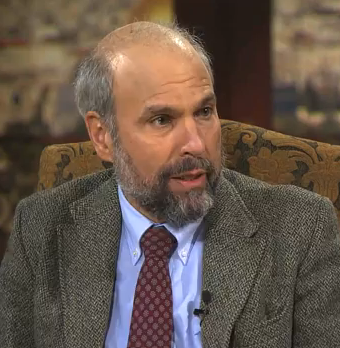 A Jewish Harvard business professor who was flirting with atheism and pleading for guidance received an unexpected answer to a prayer: the Blessed Mother, arrayed with supernal ineffable splendor.

That occurred, most interestingly, following a strange supernatural experience while “walking in nature” — sorting out despair — and spending a year asking God to reveal Who the true God — and religion — was.

It began, did the conversion of Roy Schoeman, soon after he had reached a point when — despite stellar academic achievements (he attended M.I.T. undergrad, and became a Harvard professor at 29) — life had lost most semblance of meaning. Although raised a Jew, he no longer believed in the Bible or God.

Stressed and distressed — wandering one morning through the peacefulness of nature — he received, without warning, “the most spectacular Grace,” as he puts it. “The ‘curtain’ between earth and Heaven disappeared, and I found myself in the Presence of God and like a very intimate conversation with God: seeing my life and experiencing my life as I would see it after I died and looked back over it in the Presence of God.  And I saw instantaneously how I would feel about everything after I died.”

One of two major things he was shown: how much time he had wasted lamenting how little he was loved — when in fact God’s Love was there, all around him — and “all the time I had wasted doing things that would be of no value in the eyes of Heaven.”

He had spent his life accumulating piles of what he dubs “monopoly  money” — academic standing, awards — “when right next to it was a pile of gold coins, which of course would be merit in Heaven. I saw how foolish it was to be greedy for things that wouldn’t do me any good at all.”

He saw that Heaven cared about the essence of life, not the minutiae, whereas a place like Harvard is oriented toward the minutiae.

Schoeman also learned that everything that had ever happened to him — including and even especially suffering — had been “perfectly designed” by “the Hands of the all-knowing, all-loving Almighty God.” The purpose of life, he saw plainly and so suddenly — so startlingly — “was to worship and serve my Lord and God master Who had revealed Himself to me.”

So it was that Roy Schoeman, from the suburbs of fast worldly New York, a star of academia, teacher of business to students earnest to become rich, but now feeling desperately unfulfilled and alone — an existential crisis — came into the intimate knowledge that not only did God know his name, but had watched him every moment since conception, every trial, every emotion, as if he were the only person in existence.

That Schoeman didn’t want. It took hours to come out of the experience. He could no longer care much about teaching business at Harvard — the volute of worliness.

For the next year, that was his prayer, each night — to learn the Name of His Lord and Master and God.

A year to the day that Roy began that prayer, “I went to sleep and I thought I was awoken by a gentle hand on my shoulder and led to a room and left alone with the most beautiful young woman I could ever imagine. I knew without being told that it was the Blessed Virgin Mary. When I found myself in her presence, all I wanted to do was fall on my knees and worship her appropriately. In fact the only thought that crossed my mind was, ‘Oh my God, I wish I at least knew the Hail Mary, to honor her, but I didn’t. 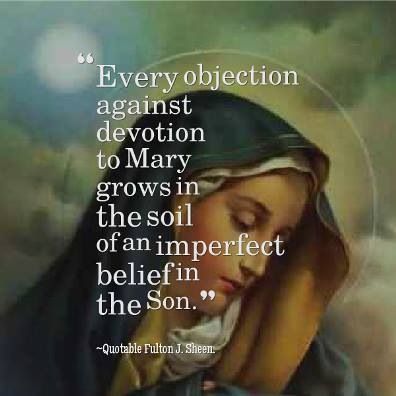 “I was just overwhelmed — overwhelmed — just lifted into ecstasy by her love, and as beautiful as she was to look at, more affective was the sound of her voice. When she spoke, her voice was like what makes music music — the essence of music — and with it was a love that just flowed through all of my fibers and lifted me up into an ecstasy.”

In her sing-song voice, the Virgin offered to answer any questions Roy might have, and when she did, he asked what her favorite prayer to her was. At first she said all prayers. But when he persisted in getting a more specific answer, “she relented and recited a prayer in Portuguese and I remembered the first syllables phonetically and the next morning I wrote them down and later when I met a Portuguese Catholic woman and asked her to recite all the Marian prayers in Portuguese so I could identify them, to the best of my ability I identified it as, ‘O Mary, conceived without sin, pray for us who have recourse to thee'” — the 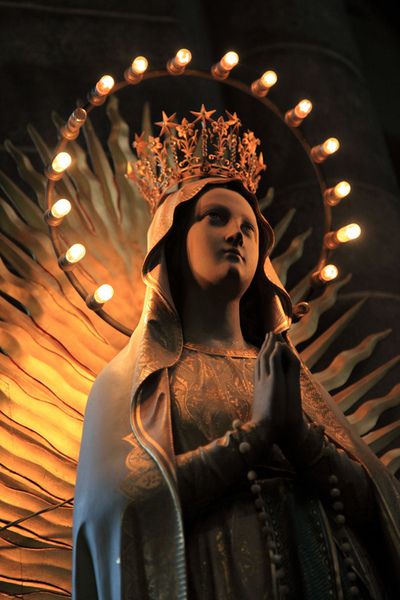 prayer of the Miraculous Medal.

So glorious. So magnificent. So exalted.

And so goes this inspiring and astonishing testimony — an atheist Jew professor who discovered that the intricacies of Catholicism — including Marian devotion — are true — and constitute the true religion.

We all can feel that, when we pray.

What title did the Virgin say she liked most?

“I am the daughter of the beloved Father, mother of the Son, and spouse of the Spirit,” was her laconic response.

When Schoeman asked Who the Holy Spirit was, Mary looked upward “with eyes melting with love and said, ‘He’s His gaze.'” Schoeman is now Catholic.

The entirety of the lesson:

No matter what occurs, among men, in the Church — priests, bishops — its foundation is thus spoken and will be so forever.