Now when the glare of a camera or light from some other extraneous source causes effects in photographs that remind us of, and evoke, Grace, are they not worth a glance?

They can be conducive to prayer and faith.

One might add: because there is a physical mainspring (for example, sunlight, or even something as apparent as a camera flash), can it not mean, in the way the light refracts and reflects, and the way it’s timed with prayer, that the Holy Spirit is orchestrating it, using physical effects?

Interesting points to ponder. God does use nature. He created it!

Writes a viewer named Eileen: “I was working as usual this morning when a link to my pictures at Emmitsburg (shrine in Maryland), taken in 2012, appeared out of nowhere. I have hundreds of pictures; I cannot explain why the Emmitsburg file appeared today.

“With great joy I started to look at the pictures.

“It was a beautiful day so we walked the narrow road to the healing waters at the Lourdes Shrine. On the way we passed a tiny but beautiful chapel with mosaics on each wall. My friend took pictures and later sent them to me.

“These two pictures [below] were taken in succession in the little chapel at the Lourdes Shrine. The first picture seemed to have too much light … so my friend took a second photo immediately.

“You can imagine my surprise when I looked more closely at the two pictures… the light that appeared is actually the Host above the chalice. Please note: you can see that the natural light is coming from the right and shining on the mosaic in both photos…

“But, …  the light that creates the ‘Host’ …. appears to emanate from the Host and reaches outward on both sides. Also note the light in the crowns of the two apostles and Jesus. Also the left side of the mosaic appears to have gold dust.”

And beneath those, a few examples from elsewhere.

For discernment, with the accompaniment of prayer and the illumination of its Grace. 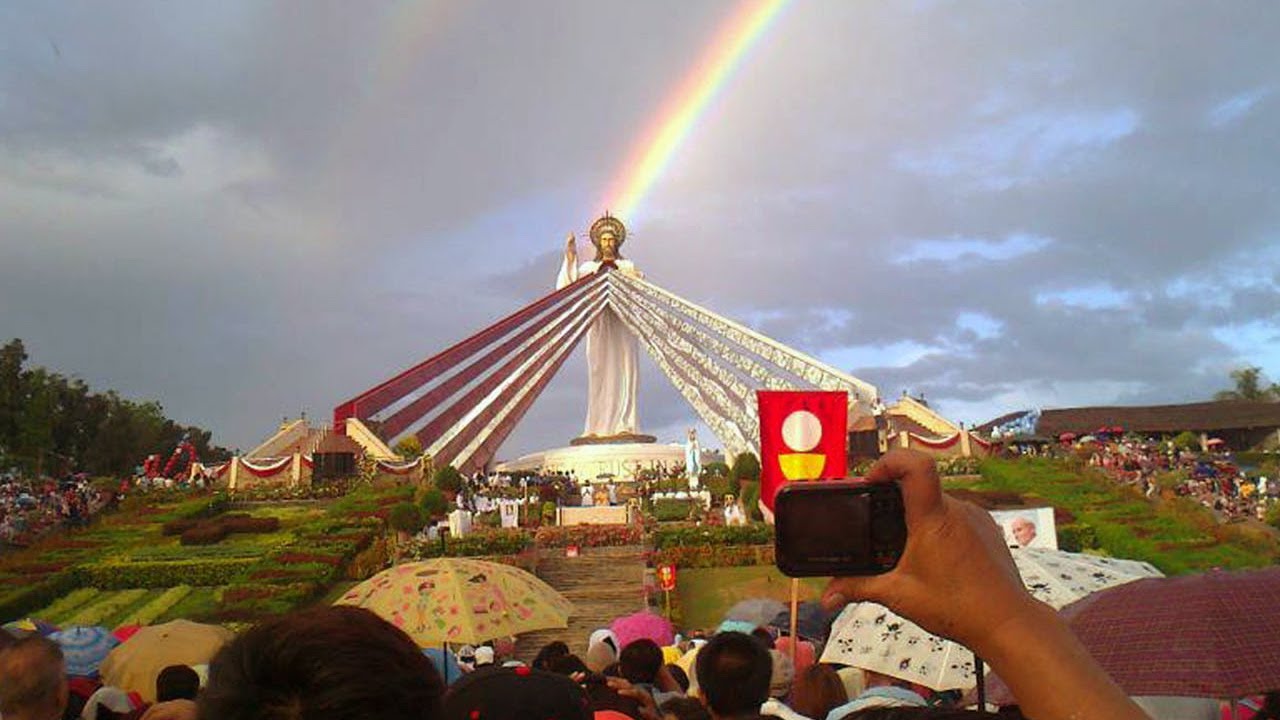