How big can a miracle be? How far does God go?

We know, obviously, that no miracle could imaginably be greater than the birth, life, death, and resurrection of Jesus. So to answer the question: the sky is the limit.

But what about in our own time?

Well, large storms, even hurricanes, can be halted through prayer. Also, entire vicinities can be revived. If you ask a charismatic researcher named George Otis Jr. (who has visited 110 countries and every U.S. state), God is performing wonders the likes of which hearken to great wonders in the Old Testament.

Take one example: the coastal village of Nataleira on the main island of Fiji, which was transformed into real living, giving, receiving Christianity in May 2004 after those in the village decided to spend weeks in serious prayer, fasting, and repentance — weeks.

Their island had been suffering so many misfortunes that it was as if a curse were in place, said Otis, who directs a Christian outreach called the Sentinel Group.

Perhaps a curse there was. You discern.

Otis and others note the islanders had been incurring crop failure after crop failure. Their coral reef — once home to plentiful fish — had been all but dead for fifty years. Freshwater sources had been sullied. Feral hogs were rampant — coming out of the woodland to uproot their yams. There were untimely deaths, rampant teenage pregnancies, marijuana use, dissension at all levels, and witchcraft: stone idols at the entrance of the village were even said to be “speaking” to people. Again, you discern!

So it was that the Fijians began meeting and praying in all four churches there every evening, purging sin and articles of their idolatry. “This place had been devastated,” says Otis. “They had no food. Their reef was dead. Wild pigs coming out of the woods and uprooting their crops — they’d been through a ‘season.'”

But prayer is the key that unlocks God’s Power and pray intensely, with tears streaming down their cheeks, they did.

After six weeks of this cleansing and repentance, the Fijians gathered samples of the polluted water and dry soil, offering it up for God to heal — believing completely that He would act on those prayers. Faith? They were not merely hopeful. In Otis’s words, they were “exceedingly expectant.”

Was that (along with total repentance) the key?

During their prayer campaign, they had been told by a local prophet that God would give a sign by fire. The day after a 21-day fast — mid-day, the sky clear, the temperature tropically humid as usual — “a light appeared in the sky that was brighter than the sun,” claims Otis, whose team interviewed everyone in the village.

“Incredibly bright. Very difficult to describe. And it was moving downward slowly. The people said they didn’t just see it but felt it. There wa 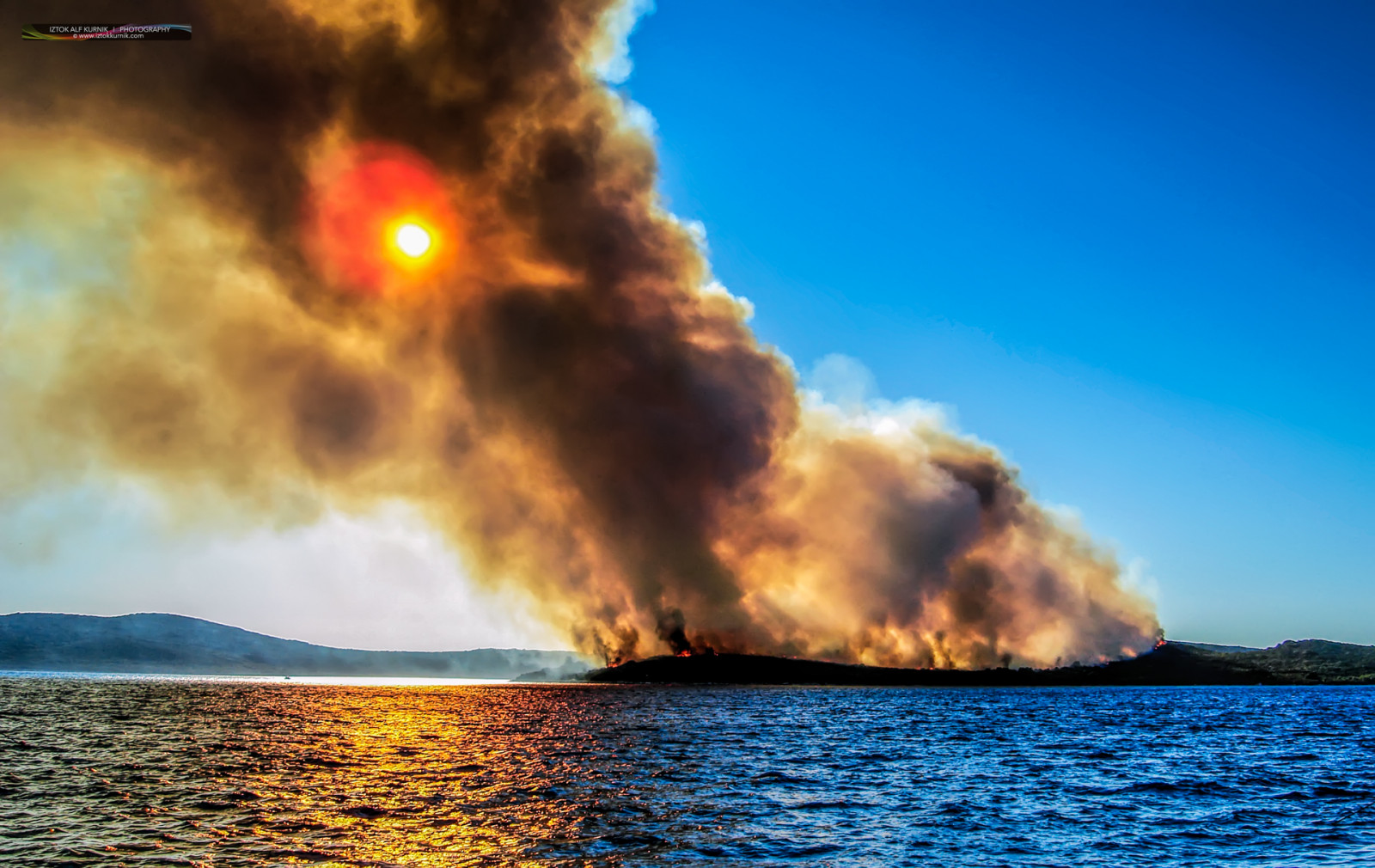 Suddenly it seemed like the sea was on fire. For half a mile along the front of the village, they claim flames towered thirty yards high. They seemed surrounded by it.

When the wall of “fire” dissipated, says the researcher, the terrified villagers slowly rose and crept toward the beach.

“There they saw the water was boiling,” claims Otis, author of highly-touted nonfiction Christian books, such as The Twilight Labyrinth. “But when they got there they realized it had nothing to do with temperature. It was boiling because there were thousands and thousands of large fish they had not seen in fifty years. God had instantly restored that reef. I’ve seen it.”

So unusual was the rebound of the reef that it later drew the attention of scientists.

Others attest that the hogs no longer invaded and two major wells with pure water sprang up; soon they were able to harvest crops sooner than ever before. “They haven’t seen a wild pig from that day to this,” says Otis. “The list of what happened there goes on and on.”

But we get the picture.

Pilgrims now visit the spot of the “pillar of fire.”

So the question is answered: God is bigger than anyone with earthly eyes — even in Fiji — could know, when, it seems, if we discern this positively, we are repentant and expectant.

[Illustration of fire is not actual event.]