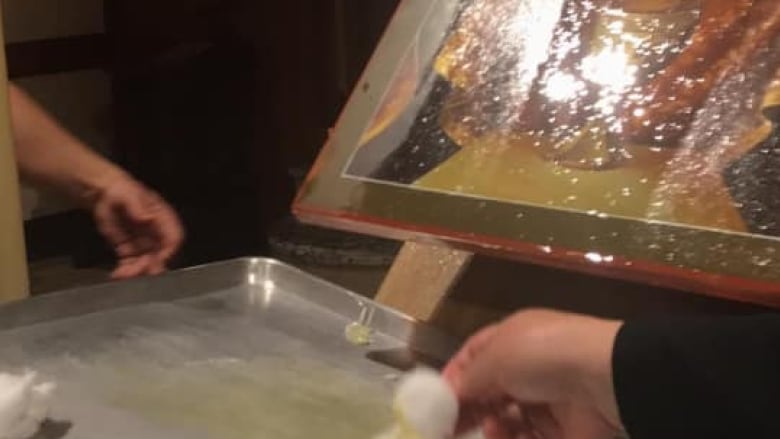 Parishioners at a Windsor church are witnessing an unusual occurrence in their church — and they’re calling it miraculous.

Members of a youth group and the priest at St. Simeon Church witnessed “streams of liquid” coming from an image of Virgin Mary and her child that the church considers an icon.  “They wiped it off,” said spokesperson Lina Khoury. “They didn’t really think anything of it.”  The church said it happened again later the same day when a different parishioner was praying. “They found oil all on the ground, on the podium, coming down from the icon,” said Khoury. Since then, the church has live streamed the event on Facebook.