When it comes to the technicalities of vaccinations, we don’t pretend to be experts or even nearly as well-informed as we’d like. Still, one must address pressing concerns. With covid lurking seemingly around any corner, the dilemma: to get a vaccination or not?

Factored into the decision: the strange nature of covid — how it hardly causes any symptoms in some, while it quickly kills others. This is not the flu. It can be far more devastating. 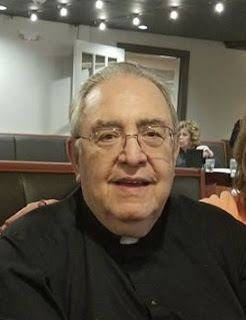 Last week a dear mystical priest-friend, Father Aniello Salicone, of the Xavierian House in Franklin, Wisconsin, died from it, while in the news was famous televangelist John Hagee, who had a close call with the virus; and Congressman Don Young of Alaska, who disclosed that he had been hospitalized for what he called a particularly “brutal bout” with Covid-19. Then there was Ben Carson, a cabinet member and close ally of President Trump, who said after recovering from the pathogen a few days ago that he had been “desperately ill,” surviving only because he had access to experimental treatments not yet available to the average American.

So one looks at such reports, and then one considers vaccines.

We would never suggest you choose one way or the other. Only the Holy Spirit should answer such questions, which arise due to concerns that are two-fold.

First, there is safety. Will the vaccines have any long-term side effects?

Perhaps not. Most seem benevolent — and can be life-saving. But it has happened. Some believe the polio vaccines administered from 1955 to 1963 caused cancers many years later, and there were other such concerns with vaccinations in the 1990s.

Secondly, which we’ll focus upon here: have the vaccines been ethically made?

Take the three vaccines that have been in recent blaring headlines as ready for use against covid in the general populace.

They are being manufactured by firms called Pfizer-BioNTech, Moderna, and Oxford-AstraZeneca.

Cheers erupted in pro-life circles with the announcement of the first two, for unlike some vaccines, no abortion-derived cell lines are used in their actual production. Tragically and creepily, some vaccines rely on “immortalized” cells from the kidneys of unborn aborted many years ago. They are used as cultures. In this case the issue was a baby terminated in 1973 in the Netherlands.

It becomes a bit more complex when one looks into the pre-production phase, however — and it turns out that abortion-derived cell lines were used during testing of those two vaccines.

That happens when the abortion cell lines are employed to “humanize” laboratory animals so as to mimic, in such creatures as mice, human lung tissue, which is what covid particularly targets and which testing seeks to protect.

Both Pfizer-BioNTech and Moderna have used the cell lines in their testing, according to the Charlotte Lozier Institute. Is that — use of immortalized abortion cells only in the test phase — acceptable spiritually?

Most Catholic health-ethics organizations say yes; such cell lines are not present in what is actually injected into living humans. We leave it, again, for your own discernment. There may be other indirect links. We haven’t been able to confirm it, but one viewer who wrote us says that “Pfizer/BioNTech uses the CoV-2 spike glycoprotein in their Covid-19 vaccine, which in turn is made with HEK-293 (abortion-derived) cells.”

With Oxford-AstraZeneca, it’s more clearcut: it uses abortion-derived cell lines both in testing and production. You may want to take this into double discernment as a result. This vaccine may end up the least expensive and most convenient. And clearly, it is not as palatable as Moderna’s or Pfizer-BioNTech’s. While the Pfizer and Moderna jabs will play a vital role, the Oxford-AstroZeneca vaccine is likely much better suited to mass immunization involving billions of people, in the words of one news organization.

How far to go with all this?

We have heard from those who are also concerned that even the “ethical” vaccines are using genetic material (mRNA and the like) that has been artificially altered, making those who allow it into their own genetic structure a bit altered as well. They see this as “human GMOs,” and even the first step toward transhumanism. (See e-mail below.)

The polio vaccine once used kidneys from monkeys for cultures, and genetic material from those primates — including a virus called SV-40 — is what was suspected as cancerous. Were humans technically made to be a bit animal-like, or, again, is this taking matters a bit far?

The Vatican has long allowed it for the “greater good.” Again, something a person has to decide for himself or herself, in consultation with God.

[Footnote from America: “Days after some Catholic bishops shared misinformation on social media about Covid-19 vaccines that may soon hit the market, the U.S. Conference of Catholic Bishops distributed a memo to all U.S. bishops stating that at least two of the vaccines are considered ethically sound. The memo also reminded bishops that church teaching allows for even the widespread use of vaccines whose origins are considered ethically unsound when other treatments are unavailable.”

[Further note, from CNBC: “Dr. Sandra Fryhofer of the American Medical Association noted that both Pfizer’s and Moderna’s Covid-19 vaccines require two doses at varying intervals. As a practicing physician, she said she worries whether her patients will come back for a second dose because of the potentially unpleasant side effects they may experience after the first shot. ‘We really need to make patients aware that this is not going to be a walk in the park,’ Fryhofer said during a virtual meeting with the Advisory Committee on Immunization Practices, or ACIP, an outside group of medical experts that advise the CDC. She is also a liaison to the committee. ‘They are going to know they had a vaccine. They are probably not going to feel wonderful. But they’ve got to come back for that second dose.'”

[Feedback in the mailbag from Neven Peša in Croatia [for discernment only]:

“Your articles are good but please please please remember not to get too focused on whether the vacs are from aborted cell lines while ignoring the transhumanist aspect.  It’s the RNA-altering aspect of these vacs that is the real threat. Why? Because RNA altering dehumanizes us genetically from the inside out and makes us into a GMO entity.++

“This is really about ontology and sacramental theology. If Grace builds on nature or perfects nature, then if the nature is not there or has been altered, then Grace cannot attach itself to it. Matter matters. The same reason you cannot confect Eucharist using banana bread is the reason why Grace cannot attach itself to a GMO entity. We have to remain human for God to work with us. We must remain true to ourselves. This is why the ‘mark’ of this beast system is soul-damning and one cannot repent of it. As long as we are still human, God can work with us. Remember that Noah was chosen and saved by God because he was also ‘pure in his generations’ and not just because he was God-fearing. Otherwise, we consent to becoming Nephilim for fear of physical death and thus become synthetic, genetic monsters.
+
“It is common knowledge that flavor enhancers have been developed from aborted-cell lines and have been used by the likes of Pepsi and Co. and other companies as well in their food products. So, if I drink a Pepsi product which contains these flavor enhancers, I can later go to Confession and ask God’s forgiveness and probably be forgiven, restoring me to a state of grace. But genetic manipulation is messing with the building blocks of Creation and is something far more dangerous because it changes our human nature, so even if God forgives us we are robbed of sanctifying Grace by ceasing to become ‘human.’ Becoming genetically modified robs us of our Baptismal identity forever.  This is why these vacs are so diabolical. You will see that they will try to sideline us by saying ‘oh… this vac is not from aborted cell lines, so therefore you can take it.’ Meanwhile, they have us so focused on this that we miss the other and more malicious threat: to ontologically destroy us via transhumanism.
+

“This is more than just a pro-life issue but about incrementally and fundamentally changing the human from the inside out and slowly introducing an eventual pseudo-immortality as bait. Neural interfaces and man-made biological technologies introducing foreign DNA strands not naturally present, or man-made snippets of DNA not naturally occurring. These technologies are being covertly introduced to men without their knowledge or permission. It is already out of control.. we are finding ourselves manipulated by evil. The quantum-dot technology uses Luciferase enzyme to detect if one has received the self replication technologies.

“The U.N. and global financiers are promoting these technologies under the protection of necessity and convenience. Do not trust them.  They are misusing the term natural. The manipulation of the natural by any other forces is now diabolical. Man in their fallen state cannot use these technologies responsibly. Too many have advanced such things. Please do not defend such things. The false and temporary ‘good’ can in no way surpass the virtues of The Theotokos.

“So…the real question is:  Do we eat the Serpent’s fruit in exchange for an incremental pseudo-immortality offered via genetic transhumanism (‘you will be like Gods’), or do we allow God to transform us through our repentance? St. Mary of Egypt demonstrates this. St. Mary Magdalene demonstrates this. This is the choice.”
+
And from a viewer named Linda: “A great comeback when docs or people defend vaccines with aborted fetal cell lines is that original sin was introduced at the dawn of creation when Adam and Eve fell from Grace. All humanity is still affected with original sin which will never change no matter how long it will be till the end of time. Also researchers state that those old aborted fetal lines last approximately thirty years at best, then begin to lose their effectiveness. That is why they continue to obtain aborted lines to work on vaccines.”]
ShareTweeteMail