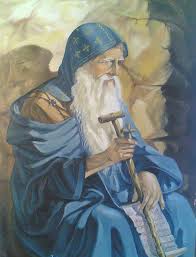 You hear more and more these days of those who are a hundred — or older. In the Bible, some folks were said to have lived for nearly two hundred years. (Were they measuring years the way we do, back in Noah’s time?)

It’s claimed that in parts of the Himalayas, some may go as long as 120, or even 130 (though no definitive record-keeping proves that).

It is a fact that there are at least 450,000 centenarians worldwide (according to the Centenarian magazine), with up to 72,000 in the U.S. The highest rates in major countries seem to be in Japan and Spain. (Some claim Spain alone has 100,000 in that bracket).

At the current rate of increase, there could be a million who are a hundred or older by the mid-point of this century.

What do they attribute such longevity to?

We’d say that the spiritual element plays a big part — along with a positive attitude. More on that in a moment. A main element, say researchers, is mental activity. (In the West, most centenarians have some degree of higher education.)

“Almost all of the centenarians interviewed by researchers said they keep up their mental faculties by engaging in stimulating mental activities that are both fun and interesting,” notes the Centenarian. “Crossword puzzles are very popular among centenarians, as are card games such as bridge, and jigsaw puzzles, which not only can help keep the mind sharp, but when done with one or more partners, keep social connections going.

“Anti-aging experts say that if you expect to live to one hundred, and want to enjoy it when you get there, the time to stretch your ‘brain muscles’ is now. Challenge your mental capacity as much as possible. Take a stab at reading challenging books or complex technical or medical journals. Try learning one or more foreign languages, or take up a musical instrument.”

When photographer Andrea Comas of Reuters set about interviewing folks of that age around the world, she ran into Pedro Rodriguez, 106, who, notes a report on her work, “plays the piano every day in the living room of his flat in Asturias, northern Spain, where he lives with his wife who is nearly twenty years younger than him. Their daughters visit them often. ‘The nuns taught me how to play the piano as a child,’ he said after giving a rendition of a Spanish waltz.'”

Aside from interests and past-times, Comas says the majority of elderly were surrounded by family or had loved ones calling in on them daily in a nation that remains a closely-knit society, with family ties paramount.

There are the physical factors. Those who reach one hundred (as you may know, George Burns did, as did Bob Hope and of course Grandma Moses; also a Pope — Agatho — like another centenarian, Anthony of the Desert, a saint) tend to be physically active, get sunshine, and eat healthful foods (fresh organic fruits and raw or slightly cooked vegetables, along with fish and olive oil, in places along the Mediterranean, especially islands isolated from processed foods) have high longevity.

Unquestionably, maintaining a healthy diet is extremely important, as are genes: simply put, those with longevity in the family tend to live longer. If someone in your family is or was a hundred, there’s a somewhat better chance that you will be.

But there are intangibles: centenarians who (noted Yahoo News, in a report on Comas), “eat the wrong diet, [or] smoke, drink or like 104 year old Rhode Island native Michael Morowski, work in highly toxic environments. Michael was a coal miner for most for his life, but that did not stop him from becoming the oldest living person in Rhode Island.”

Most carry out daily duties, especially helping others. They are living for something (or better, someone). Prepare with prayer and there is a glorious senectitude.

Every centenarian seems to have his or her own “secret,” from a spoonful of honey a day or even a sip of whiskey to regular intake of apricot kernels, hemp seed, or in the case of Spain, gazpacho (a traditional cold Spanish soup made from tomatoes and cucumbers). Nothing on the McDonald’s menu. Simplicity is a common dietary theme.

“Gumersindo Cubo, 101, from Avila [home to Saint Teresa], puts his longevity down to a childhood spent in a house in the woods with his eight brothers and sisters, where his father was a park ranger,” says the report.

Maybe even that pine resin. God made everything for a reason!

We can also factor into it prayer. One randomized clinical trial found a significant reduction in the amount of pain in the intercessory prayer group compared to controls. In another case where 75,000 nurses were surveyed, researchers noted that women who went to church more than once a week had a thirty-three percent lower risk of dying during the study period compared with those who said they never went.

[resources: Living In the Garden of Eden and healing books]