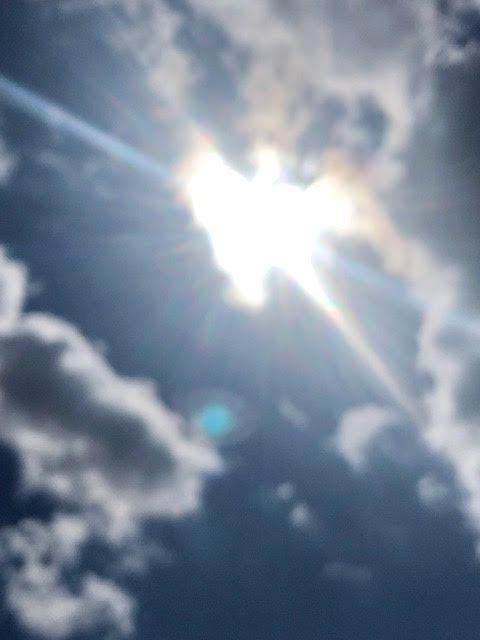 Adoring God brings a terrific force. He illuminates with shafts of light. We are brilliant, and it is His brilliance that we encounter. Tapping into that brilliance is the key to many miracles.

Especially does it provide — does it funnel — healing.

“Approximately one-third of the Gospel is taken up by the cures wrought by Jesus in the brief period of His public life,” notes Father Raniero Cantalamessa, the preacher of the Pontifical Household in Rome. “It is impossible to eliminate these miracles, or to give them a natural explanation, without distorting the whole Gospel and making it incomprehensible.”

That’s an important message for our time, for we live at a moment in history when science is trying to declaim anything that may be miraculous, and when even many in religious institutions have lost belief in such interventions (as if the Holy Spirit stopped shedding such grace 2,000 years ago).

When folks have a supernatural encounter, they are  rejected — in many cases by clergy who have attended modern learning institutions beholden to the scientific method, where there are no “miracles” (only “replications”).

But Jesus told us He would be sending the Holy Spirit with ever more force after His Ascension, and it is the Holy Spirit Who works miracles. This is why it is important to constantly invoke Him in the Name of Jesus.

The instruction manual is in the Book of Acts.

“Grant to your servants, even as they speak Your words, complete assurance by stretching forth Your Hand in cures and signs and wonders to be worked in the Name of Jesus, Your holy servant,” was the prayer of the apostles.

Through their hands, says Acts 5:12, “many signs and wonders occurred among the people.”

We and our priests are called to pray the same way!

Prayer affords the opportunity for the Holy Spirit to work within us — and He does so in various ways that can be viewed as miraculous. Time and again we have seen miracles spring from faith if that faith is unwavering. One woman came back to life after 17 hours of showing no brainwaves (she had been declared dead and rigor mortis had even set in!).

“A lot of physicians have a hard time grasping this because they’re taught as scientists to ‘prove’ things and you can’t prove a lot that goes on in the spiritual realm,” an internationally known cancer surgeon named Dr. Michael H. Torosian once noted to us. “But we see a lot of things that you can’t explain with just physical data.”

During near-death experiences, the Lord often sends folks back to life no matter what shape their bodies are in. Doctors are baffled. With a flick of His “finger,” at the speed of a thought, He can cause any change in our bodies if we radiate His Light instead of darkness.

[adapted from The God of Miracles]