Jesus said, “But he that shall scandalize one of these little ones that believe in Me, it were better for him that a millstone should be tied about his neck, and that he should be drowned in the depth of the sea,” (Matt.18:6).

When St. Pope Pius X lowered the age of Holy Communion, he reasoned in “Quam Singulari”, that to forbid children the embrace of the Eucharistic Christ was depriving them of “the food of their interior life,” which will put their first innocence in danger.  In the Centenary year after “Quam Singulari”, was sealed on the beautiful Feast of the Assumption in 1910; 1 The World Health Organisation (the Health Department of United Nations), shamefully published in 2010 a very perverse document, which wanted to destroy children’s first innocence if implemented by our Secular Governments. They recommended for new-born babies to infants from 0-4 years for example, to learn about masturbation, to discover their own genitals and body’ and to be taught tenderness and physical contact as normal terms of love and affection.

We must remember crucially here, once children’s innocence is taken, it can never be taken back. So parents must be vigilant to what their children are learning at school and by whom; to ask their children questions and to listen to what they say are being taught at school, as well as looking at the web programmes and school books being used by their class (see  p.6). Also, we the faithful are called to pray, fast and avidly campaign publically, to resist our Government from imposing any ‘Relationship and Sexuality’ & ‘Gender Theory Programmes’, into our crèches and our schools. That can only be described as putting the fox into the chicken’s house, for children’s souls to be diabolically devoured. What will it take for every parent to wake up to this diabolical assault upon their children…..? Is it for their 8 year old son to molest his little sister for them to realise the horrendous consequences following these lessons? 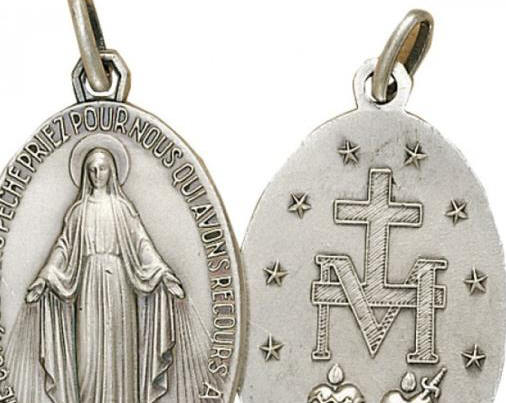 Although this work is mainly about protecting small children’s innocence, we ask all parents, to use a system to block pornography from their computers, their children’s computers, all smart phone and all adult channels from their digital T.V boxes. Both boys and girls often dangerously watch pornography beginning at 11 years old (sometimes earlier), and then can become easily addicted by 12 years, as well as younger children accidently, assessing pornography from unblocked sources. Parents must also be vigilant, to what all their children are watching at home, (i.e. no TV or computers in their bedrooms).

In addition, parents must insist at their children’s school for it to be mandatory that all pupils’ smart phones are blocked from pornography, as children will share explicit material. And to demand guidelines from their children’s school to ensure there are regular checks on all pupil’s smart phones’ search engines by teachers (at least once a month) to confirm they have remained blocked. If the Government really cared about our children’s well-being, this would have been already legislated upon and enforced. Parents please take action now, for even in devout Christian homes, it is known that children can still become addicted to pornography if the opportunity is given.

Our Lady of Good Success

In the approved apparitions of Our Lady of Good Success in Quito Ecuador at the end of the Sixteenth Century, our Heavenly Mother was seen holding the Infant-Jesus as a King for us to reverently honour. She warned us then, through the Venerable Mother Marianna de Jesus Torres, that our time as such will be swamped with impurity. Innocence will be scarcely found in children, education will be secularised and vast sacrileges will be committed. Satan will use free-masonry sects to target children’s innocence and they will be unhappy.

Consecration of Children to Jesus through Mary

Small children are naturally innocent; therefore we must fiercely protect them from the clutches of Satan today by consecrating them from the Baptismal waters to Mary’s Immaculate Heart. The Holy Mother of God’s most pure heart in truth is the ‘Ark of Refuge’ from the deluge of sin in this most dark and unfaithful time, (Luke 17:26-27).

For parents wanting to consecrate their children to Our Lady, they are to be solemnly enrolled in the Miraculous Medal and Brown Scapular, which must be formally officiated over by a Priest. Then, as their children grow and are able to be encouraged for themselves, to daily consecrate their lives ‘to Jesus through Mary’. Just as a mother carries a child in her womb for nine months, but in her heart forever, Our Heavenly Mother will carry all our children consecrated to her in the womb of her Immaculate Heart bearing them into holiness in her Son -Jesus, (Rev.12:1-19).

Inspiringly, the Servant of God, Mother Marie Adele Garnier, born in Burgundy France in 1839, (Foundress of the Tyburn Sisters), made little white Holy Communion bags for children containing a Miraculous Medal, a Brown Scapular, a Rosary and a small bottle of Holy Water! Let us again renew this pious tradition with blue bags for boys and pink bags for girls, holding the above sacramentals. Include as well cards for children, on how to pray the Rosary, the Morning Offering and nightly prayer, with prayer cards included for grace before and after meals! 10

Children of the Sodality of the Blessed Virgin Mary

The Sodality of Mary initially, was started in 1563 by a Belgian Jesuit, Jean Leunis.11 In 1835 in Paris France, Our Lady requested of St. Catherine Laboure for a Confraternity of Children to be dedicated to her which was affiliated to the Jesuit Roman Sodality in 1847.11 In 1904, the Confraternity was admitted as a lay society. Subsequently, in 1931, the Children of Mary became a Worldwide Confraternity to Roman Catholic Parishes and Institutions. 12

Today, the mission of the Confraternity of the Children of Mary, is to cultivate devotion to Our Lady amongst the young in Parishes and Schools, since their programme is designed for the youth, from 7-18 years. Apart from them being  enrolled solemnly in the Miraculous Medal and Brown Scapular, they are introduced to St. Louis-Marie de Montfort’s Marian spirituality, along with fostering devotion to Our Lady’s Immaculate Heart in fulfilling her requests at Fatima for prayer and penance for conversion, devotion to the Rosary and to the First Five Saturdays of the Month. 13

Notably, Pope Pius IX in 1904 entrusted the Children of Mary’s work to St. Philomena, a young Virgin and Martyr from the third century. Today St. Philomena is implored as well, to essentially uphold innocence amongst the youth. Blessed Laura Vicuna of Chile of the Sodality Blessed Virgin Mary, is another example purity, who  gave her life for her own mother’s conversion and is also known as Patroness of victims of abuse.

The enemy is exploding more aggressively in this battle today, wanting to profane small children’s innocent minds and souls. The ever Holy Mother of God will hastily prepare all young children, when consecrated to her, to receive Jesus for their sanctity in the most Blessed Sacrament and to protect them from the enemy of their salvation. However, we the faithful still need to take urgent action, or it will become normalised to see little boys wearing their snow white shirts and little girls wearing their snow white dresses and veils on their First Holy Communion Day, who have been taught for a few years about absolute filth in the classrooms! We therefore urge all parents to resist any Sexuality and Gender Programmes, even with great sacrifice it may mean, in time, for your children to be removed from a crèche or school to be home schooled (see p. 2), so to ultimately protect your children from being dangerously groomed, starting from an extremely early age and corruptly indoctrinated into a very perverse understanding of sexuality.

Sadly, the Catholic faith has not been taught properly in schools since the 1960’s and has not been practiced devotedly at home as future generations of parents did not understand this wonderful gift sufficiently to be able to pass it on to their children. Let us be a lighted candle in the darkness (Luke 11:33-35) and therefore bring the ‘Confraternity of the Children of Mary’ into Parishes and schools and even to start parents and baby/infant groups, dedicated to Mary’s Immaculate Heart. So these most precious little ones of our Blessed Mother can essentially begin early, to grow in faith and holiness -like Little Nellie. Infants will have a natural love for Jesus and Mary if they are nurtured effectively. Then, it will be easier for them to want to join the Confraternity all together as they advance and are able to ratify their own Consecration ‘To Jesus through Mary’, with other children of similar age.  When St. Pope Pius X lowered the age of Holy Communion, he reasoned in “Quam Singulari”, that to forbid children the embrace of the Eucharistic Christ was depriving them of “the food of their interior life,” which will put their first innocence in danger.  Therefore let us do everything we can to protect children’s first innocence; and from them going down a dangerous path of spiritual, sexual and gender confusion and sin.

Our Lady of Mount Carmel: Pray for us!

Our Lady of Good Success: Pray for us!

Our Lady of the Miraculous Medal: Pray for us!

Our Lady of Fatima: Pray for us!