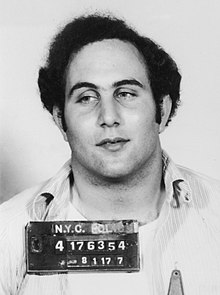 Many times, when a killer erupts onto the national scene, everyone scrambles trying to psychologically and criminologically explain why someone did what they did and often can’t put a finger on it.

That’s because the devil, above and beyond all rational, is behind it.

Take Son of Sam. David Berkowitz, who is now fully converted to Christianity,  admits exactly this: he was obsessed and possessed due to an involvement with satanists.

Others, such as the Columbine killers, or the one in Aurora, Colorado, or that poor lad in Danbury, Connecticut, are not directly immersed in the occult but get their darkness through heavy-metal music, drugs, or violent video games.

When a person is immersed in something dark, darkness rubs off — and can infest.

Suddenly, as in the case of John Lennon’s killer, Mark David Chapman, the shooter hears voices directing him to do what he (or she) does.  (“She” in those cases of misguided moms who hear voices telling them to kill a “possessed” child.) In the case of Las Vegas, let us note news reports last week about Steve Paddock’s girlfriend and what she said about his “psychological” (read: spiritual) state.

Reported CNN: “Marilou Danley, the woman investigators hoped would provide key details into the motive behind her boyfriend’s deadly shooting attack, said she remembers him exhibiting symptoms such as lying in bed and moaning, according to two former FBI officials who have been briefed on the matter.

“She said he would lie in bed, just moaning and screaming, ‘Oh, my God,'” one of the former officials said. The other former official said Danley spoke about Paddock displaying ‘mental health symptoms.'”

Folks screaming in bed and filled with terror are often… demonized.

Previously, the shooter had been involved in gambling and patronized prostitutes — sure to transmit dark spirits.

Was not Charles Manson a clear case of possession? And Islamic terrorists? (Islam messes around with demonic entities they call “jinn.”) The eyes have it. Many a serial killer have that glazed stare and often a history of the occult, dark music, “goth” culture,” and sexual abuse (sexual abuse is an open door to the demonic; in this case the criminal starts out as a victim).

“I wish I could tell you he was a miserable b——, that I hate him, that if I could have killed him myself I would have,” said Eric Paddock, a younger brother, last week. “But I can’t say that. It’s not who he was. We need to find out what happened to him. Something happened to my brother.”

Even if it was Islamic radicalization, there was demonism involved.

One wonders especially what spirits moved in the family, seeing that his father had been an armed robber.

Meantime, girlfriend Marilou attended Catholic Mass several times a week. Perhaps she was ensconced in the midst of a spiritual war. There were obviously “two” Steve Paddocks.

Remember Ted Bundy? He once said, “Murder is not about lust and it’s not about violence. It’s about possession.”

Remember Dennis Rader, the “BTK killer”: “I actually think I may be possessed with demons; I was dropped on my head as a kid.”

Acknowledged a doctor named Garth A. Rattray recently, in a letter to a newspaper: “We must ask this question: If demonic possession is real, does it take place over a long period or does it only last long enough for the perpetrator to commit the crime? In other words, does it influence the thoughts of the criminal mind? Or does the criminal mind inadvertently let it in and then the violent crime is committed?”