Did you notice how quickly the world can disappear?

No, not planet earth, but the “world” as Christ and His apostles defined it.

During the current contagion, observe what came to a screeching halt, how quickly — instantly — entire industries, businesses, professions, institutions, educational systems, entertainment enterprises, real-estate corporations, stocks, media, health-care networks, beauticians, food suppliers, and so forth can crater (until they are given three trillion dollars that is plucked out of the same thin air).

Oh, how tentative is life. This is God’s warning. So far it is only an incipient chastisement. And the issue is worldliness.

It is also pride.

In Africa, a preacher known for his prophecies (as we showed in a recent “special report,” he in certain striking ways foresaw the pandemic several years ago) says if we return to pride, there will be a second wave, and then another, and then another, whereas with prayer and humility a cure will be anointed. Let those with ears to hear listen.

Through the centuries — through millennia — the Holy Catholic Church has warned about worldliness, and for good reason: Jesus taught strictly against it, calling Satan the “prince of this world.”

The Bible has a great deal to say about worldliness, none of it good. Yet, Christianity is currently suffused with it. For shame.

The dictionary definition of “worldly” is “relating to, or devoted to, the temporal world.” Worldliness, then, is the condition of being overly focused on worldly affairs, especially to the neglect of spiritual development.

Yet we live at a time when many of God’s own people have fallen into the trap.

There is money: Nothing is more worldly than a focus on mammon, yet it is the major measuring tool of modern society. So perverse are the times that Jesus Who was born in a manger and never owned a house or a donkey or anything mentioned in Scripture (save for clothes) is used by prosperity ministers who distort His message as one that encourages people to seek wealth (“life more abundantly”) and view it (overabundance; millionaire status; fame; power) as a blessing.

There is politics: Involvement in this — beyond being informed and registering one’s vote, beyond scanning it as a sign of the times, beyond strongly opposing evils such as abortion and capital punishment and abuse of nature: being consumed by politics: is worldly. We have reached the sad moment in American history when politics itself has become a religion. There are many who are more focused on politics than their faith and who exhibit more intense loyalty to politicians than to Jesus.

Anything that takes the place of Jesus is an idol.

And idols blind; they obsess; they make a person antagonistic to anyone who doesn’t have the same idol or inclination — makes them think that a sociological, cultural, or political leaning defines salvation.

Only Jesus defines that.

Notes one preacher: “Paul equates worldliness with spiritual immaturity in 1 Corinthians 3:1-3, where he addresses the believers in the church of Corinth in regard to their worldly behavior. Though they were believers—he calls them ‘brothers’—they were spiritual babies who could not understand the deep things of God that Paul wished to share with them. They had never progressed past learning the basics of the faith and were seemingly content to remain there. This lack of maturity led to their behaving as though they were still part of the [“world”]. They quarreled among themselves as to which of them was greater because of which of the Apostles they followed (1 Corinthians 1:11-13; 3:4), when in reality they followed none of them, following instead their own lusts and desire to elevate themselves above others. Paul exhorted them to grow up and mature in the faith so they would cease from worldly behavior.

“The epistles depict worldliness as the exact opposite of godliness. The world’s wisdom is not wisdom at all (1 Corinthians 3:18-19). Rather, it is foolishness, especially the world’s wisdom on the subject of religion. We see that today in the endless discussions of ‘spirituality’ by men whose spiritual wisdom is based on nothing more than worldly illusions. True wisdom that comes from God is juxtaposed against the foolish ‘wisdom’ of the world throughout Scripture. The message of the Cross is foolishness to those with worldly wisdom who are perishing (1 Corinthians 1:18) because true wisdom comes not from man’s philosophies, but from God’s Word. True godliness is always opposed by the world.

“Furthermore, Paul refers to a ‘worldly sorrow’ (2 Corinthians 7:10) which is the opposite of the godly sorrow that comes from true repentance. Godly sorrow is what we feel over our sin when we come to see it as God sees it and when our view 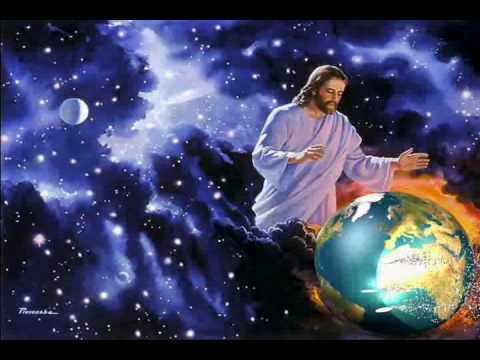 of it is in accord with His. Worldly sorrow, on the other hand, does not stem from the knowledge of sin against a holy God, but rather from circumstances in which the worldly find themselves.

“Finally, Scripture draws a clear distinction between friendship with God and friendship with the world. James 4:4 tells us that ‘friendship with the world is hatred toward God.’ He goes on to say that ‘anyone who chooses to be a friend of the world becomes an enemy of God.’ The apostle James uses the strong words ‘hatred’ and ‘enemy’ to drive home the point that we can be in the world or in the Kingdom, but not both because they are at opposite ends of the spectrum. Those who choose worldliness choose to live in the enemy’s camp because all that is of the world is under the control of Satan (1 John 5:19). He is the ruler of this world, and when we choose the world, we enlist in his evil army and become enemies of God.”

It can be politics. It can be Hollywood (which even refers to celebrities as “idols”). It can be sex. It can be amusements. It certainly can be possessions, especially cars and homes and stock portfolios.

Consumed by consumerism, obsessed with Wall Street: has this not been the gauge, even beyond death counts, of the “pandemic” (in quotes because a truly historic pandemic can be far, far worse; so far this is a dress rehearsal.).

Instead, we should be quietly praying for the world’s deliverance, donning ashes and sackcloth, for this virus is evil; it has a spiritual component. Evil attracts evil. And the Chair of Peter says worldliness is the greatest evil.

Don’t sink into worldliness, and if you are ensnared, if you are in that quicksand, if money or politics or intellectualism or science defines you, do everything with Godspeed to pull yourself out.