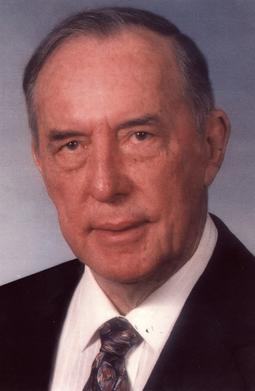 In many parts of the world, the open practice of witchcraft has continued unchanged for centuries. In nations with a Christian history (primarily in the West), witchcraft has adapted itself to the culture and takes certain special forms. One purpose common to all forms of witchcraft is control. Whenever any religious activity seeks to control other people, the influence of witchcraft is probably at work. The primitive practice of witchcraft normally contains a priesthood (witch doctor, medicine man, shaman), a ritual or liturgy (which may take various forms), a sacrifice (animal or human), some characteristic form of rhythm (often incantation or drumbeats), and some form of covenant binding the participants to one another and to whatever satanic being is the focus of their activity.

The word coven (a gathering of witches) is derived from the same root as covenant. There are four main objectives of witchcraft: • To propitiate a higher spiritual being, often regarded as capricious or malevolent • To control the forces of nature, such as rain or good weather for harvest • To ward off sickness and infertility, as in Africa, where almost every barren woman will go to the witch doctor for a potion or charm • To control other human beings—to terrify enemies in battle or to produce sexual desire in one person toward another.

The dictionary defines witchcraft as “the art or exercise of magical powers, the effect or influence of magical powers, or an alluring or seductive charm or influence.” God’s Word goes even further to identify witchcraft as the universal, primeval religion of fallen humanity. ¶ When the human race turned from God in rebellion, the power that moved in was witchcraft. Different people groups practice distinctive forms of witchcraft, but certain elements are common to almost all of them.

The modern practice of witchcraft contains the same elements. It operates on at least four levels:

1. Open/Public Operating in its real nature, witchcraft teaches and practices the worship of Satan. The Church of Satan has its own web site on the Internet, which presents it as a “respectable” church. But those who have come out of its clutches will tell you that the central satanic ceremony is a “black mass”—a blasphemous parody of a Christian Communion service. The dominant motivation is a deliberate, conscious hatred and rejection of Jesus Christ. It is vital to note that the main enemy of witchcraft is not Islam, humanism or some Eastern religion; it is the Christian Church.

2. “Underground” Witchcraft covens usually meet at night to offer sacrifices and to initiate new members. One central element in the practice of witchcraft is sacrifice. Usually the sacrifices are small animals (dogs, cats, rats, etc.). Sometimes, though, a sacrifice is human. Without doubt, the god of witchcraft is Satan. Its adherents are bound to him and to one another by a covenant committing them to absolute secrecy concerning their activities. What attracts people to Satanism? I believe it is the offer of supernatural power. Once convinced of the power they have acquired, Satanists are often bold and aggressive. A friend of mine was sitting on an airplane next to a woman who refused all the food that was served. The woman told my friend she was fasting and praying. “I’m a Christian, too,” my friend said, “and sometimes I fast and pray.” “Oh, no!” the woman replied. “I’m not a Christian, I’m a Satanist.” She went on to explain that she had two main objectives in her prayer: the breakup of Christian marriages and the downfall of leading Christian ministers. (Recent statistics must surely have encouraged this woman that her prayers were very effective.)

I once received a letter from a woman in Texas who listened regularly to my radio broadcast. She was a witch, she said, and had been assigned to a certain church to plant doubt and unbelief in the hearts and minds of new or weak Christians. She had succeeded in drawing away three such people. Then she wrote, “Do you believe I can be forgiven and receive salvation from Jesus?” I replied that God is infinitely merciful, even though it might be a struggle for her to be totally free, and I directed her to a local pastor.

3. Fifth Column/Disguised There are many forms of philosophy and religion that are rooted in witchcraft. The fifth column operation of witchcraft— the forms operating within the guise of accepted practice—is continually expanding. New Age studies, hypnosis and acupuncture are but a few of the many forms taken by witchcraft to entice innocent people into the territory of Satan.

4. A Work of the Flesh Now that we have examined three main forms of witchcraft as a supernatural force—the public form, the underground form, and the fifth column—we must expose the root. It is the least recognized operation, but it permeates society and the Church. In Galatians 5:19–21 Paul lists the works of the “flesh” (“sinful nature,” NIV). In the middle he mentions “idolatry, sorcery” (NKJV) or “idolatry and witchcraft” (NIV).

This nature often manifests itself, even in infancy, in efforts to control other people. We feel secure if we can control others. Conversely, God never seeks to control us. He respects the free will He has given each of us, although He does hold us responsible for how we use that freedom. There are three ways the desire to control expresses itself: manipulation, intimidation and domination. The goal is domination. People who recognize that they are weaker than those they seek to control tend to manipulate; those who feel stronger tend to intimidate. But the end purpose is the same: to dominate—that is, to control others and get them to do what we want. Many family relationships portray these expressions.

A husband intimidates his wife by fits of rage (or outright violence). A wife manipulates her husband by tears and hurt feelings—and often by making him feel guilty for his shortcomings. Parents frequently intimidate or manipulate their children—but children can become extremely adept at manipulating parents. A main tool of manipulation is guilt. A mother may say to her son, “If you love me, you’ll run to the store and get me a pack of cigarettes.”

The child learns that if he doesn’t respond in the way the mother desires, it will be taken as a sign that he does not love her. Clearly this type of control is destructive to a child. Not surprisingly, however, witchcraft can operate in either direction. When the mother is entertaining guests, the child may approach her and ask to watch a forbidden television program. He knows his parents seek to protect him from harmful influences by being very selective in what they allow him to watch, but he calculates that she will not risk his tantrum by refusing him in front of her guests.

Once we learn to recognize the desire to control others as an evil, manipulative force, we will see it at work in many different areas. In religion it may be in the way a preacher appeals for an offering: “God has shown me that there are ten people here tonight who will each give a thousand dollars.” Or he shows tear-jerking pictures of starving children in a distant land, and anyone who does not respond is made to feel guilty.

In politics it may be in the way a candidate subtly appeals to racial prejudice in order to win votes. In business it is often expressed in advertising that entices people to want what they do not need and to buy what they cannot afford. In every case it is evil. Once we recognize these devices as disguises of witchcraft, we realize that in our contemporary culture we are being exposed continually to its pressure.

This gives new meaning to Paul’s statement in 2 Corinthians 4:4 that “the god of this age has blinded the minds of unbelievers” (NIV). People who habitually use manipulation or intimidation to control others open themselves to the bondage and influence of a demon of witchcraft. If this happens, they will be unable to relate to anyone apart from these tactics. It will be no longer just the flesh at work, but a supernatural power that can bring whomever they control into a condition of spiritual slavery. I have seen this power at work between mother and daughter. A mother may decide that her daughter should marry a man from a certain racial background or social level. Then, if the man the daughter chooses does not meet the mother’s criteria, the spirit of witchcraft in the mother will cause her to react in such a way that she actually puts a curse on her daughter and prospective son-in-law. The curse may take a verbal form: “He’ll never provide for you.” As a result, the couple will find themselves struggling continually against pressures and frustrations for which they can find no obvious cause. The demon of witchcraft can also work in many other kinds of relationships. A pastor may seek to control members of his staff or his entire congregation. A business executive may intimidate his subordinates.

The Way Out People who have participated in satanic worship and have exercised the power of Satan must be very determined if they are to be set free. The spiritual struggle for deliverance is often very intense. The actual experience of deliverance, however, is not the end of the conflict. A person who has made a conscious, unreserved commitment to Satan is still regarded by him as his property. Satan will seek continually to reestablish his control, using every kind of demon under his command. Satan’s former victim will need the help of a committed company of believers to stand with him. He needs to learn to resist every pressure, continually affirming and reaffirming the Scriptures that guarantee deliverance and victory.

In this Jesus Himself is our example. Each time He was approached by Satan with a temptation, He countered with one, all-sufficient response: “It is written…” (Matthew 4:1–11). Satan has no answer to the written Word of God. When a person has been enslaved by Satan, the inner walls of his or her personality have been broken down. After deliverance, in order to retain freedom, the protecting walls must be rebuilt. The continuously repeated assertion of appropriate Scriptures gradually rebuilds the walls. Once they are firmly in place, the satanic pressures will gradually diminish and eventually cease. Satan is too clever to send his troops into a battle he knows he can no longer win. How can people protect themselves from deception?

There is only one door that leads into the Kingdom of God: Jesus, Who is “the way and the truth and the life” (John 14:6). Those who enter the realm of the supernatural through any other door find themselves in the kingdom of darkness, not of light. There is also only one absolute standard of truth. In John 17:17 Jesus says to the Father, “Your word is truth.” Anything that does not harmonize with the Bible is error. For this reason it is important that we study the basic truths and principles of the Bible, so that we are always ready to apply this test to anything that claims our credence. 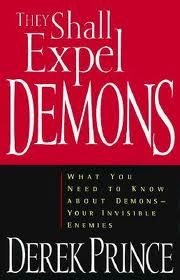