In 2005 this good city in southwesternmost Louisiana was hit by the historically strong hurricane named “Rita.” Much, much damage. 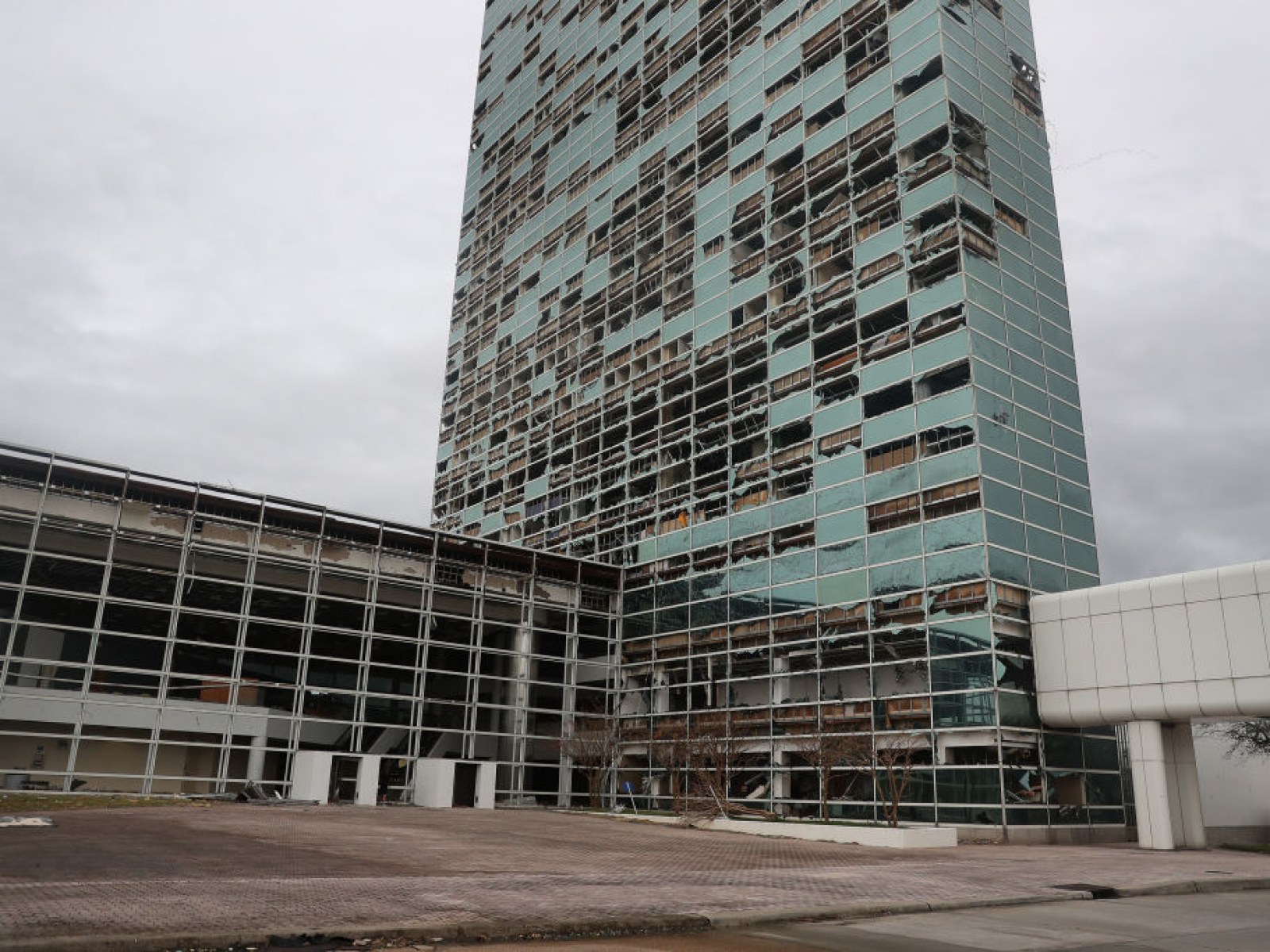 On August 26-27 of this year, the same city of about 200,000 (metro area) was slammed by the utterly devastating storm called “Laura.” Hardly a home or oak tree seemed to come through it unscathed. Far more damage than “Rita,” or anything in memory. The 150-mile-an-hour winds destroyed six churches in the Diocese of Lake Charles, left a dozen others “highly compromised,” and did heavy damage to chancery offices. It also left a diocesan rectory housing twenty priests, a third of them in active ministry, uninhabitable (though there were little miracles such as a statue of Mary that somehow someway managed to remain standing outside one decimated church).

Here was a headline:

Lake Charles residents seek shelter from Hurricane Laura in church, survive ‘by the grace of God’+

“If it wasn’t for the good lord we don’t know what hurricane Laura would’ve done.”
+

Last week, another direct hit, this time “Delta,” which blew off thousands of tarps that had been nailed to damaged roofs after “Laura” and damaged more churches in this area of very devout Catholics, once more putting the city in the dark as nearly a million lost their power in the region.

The question is all the more poignant in that this is a very religious area. More than fifty percent of the populace is Catholic, and there is also the strong presence of Southern Baptists.

What draws the tempests?

Is it the petrochemical industry? There are three major such plants here. Corridors where chemicals — often very toxic compounds — are manufactured often find themselves in the way of disaster. Examples include New Orleans and especially Baton Rouge, which besides hurricanes suffered historic flooding a few years back.

Is it the casinos? Lake Charles has two of the largest in the state.

Is it Mardi Gras? Well, perhaps — but Mardi Gras is celebrated across the state. Is it voodoo? Like other places in the state, there are voodoo priests and priestesses who openly practice.

But one look at all those damaged churches, and notes that even more damaging “winds” have been blowing through the archdiocese of New Orleans, beset in the same month by an explosive clergy abuse scandal whereby one priest who seemingly rescued a young man from abuse by a fellow priest then himself began abusing the boy — this topped by the horrible, inconceivable news that a third priest had desecrated the very altar of his church with two “dominatrix” prostitutes, one of whom acknowledged satanism and wanting to defile churches. Perhaps they are also voodooists. The altar had to be burned and replaced, the church reconsecrated. 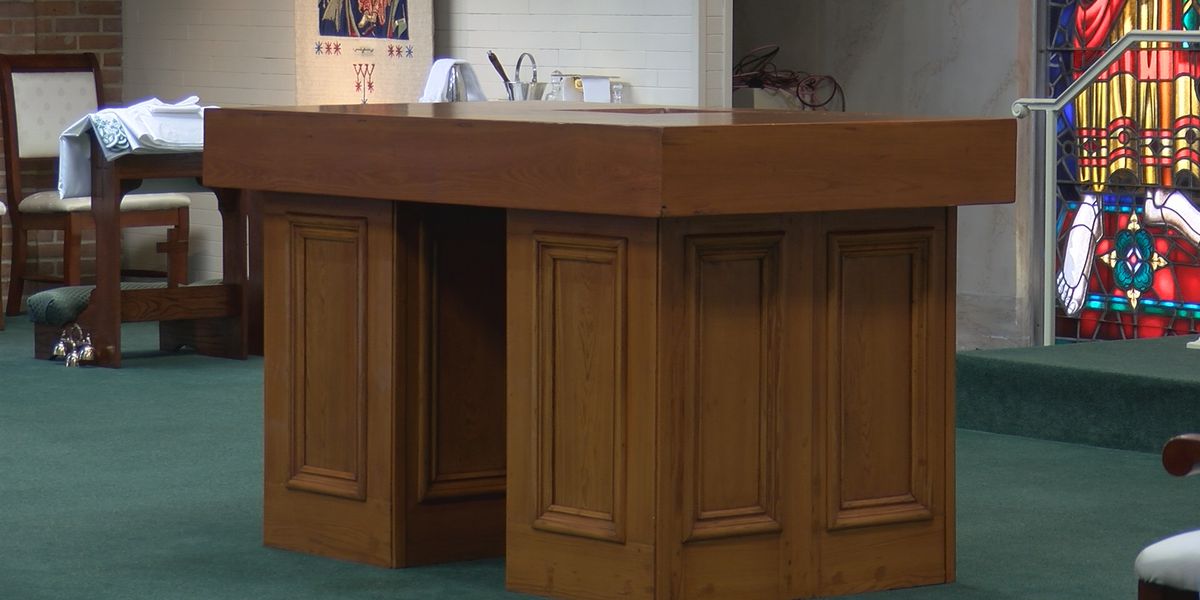 Today in the news: “The Archdiocese of New Orleans is preparing to add seven names to its list of local clergy found to have credible accusations of child molestation against them, after a Roman Catholic religious order released its own roster of accused priests last week. The additional names, which include a priest who is believed to have preyed on a minor during his time in the New Orleans area, will bring the total number of alleged abusers publicly identified by Archbishop Gregory Aymond to 72.”

So one might look and think: it’s not just Lake Charles under siege. It is much of the state. And it necessitates our prayers, for as we have noted repeatedly, no state has more faithful, praying Cath0lics.

No state is more Marian.

No state has more politicians who openly ask for prayer and oppose other atrocities such as abortion.

Perhaps it is now up to them — led by their bishops — to pronounce also against the voodoo-Mardi-Gras-casino-toxic-chemical elements that often seem to draw the winds of wrath (see, “Katrina,” which means “purification”) in a way that exceeds geography.

[Michael Brown’s next online retreat, on spiritual warfare, will be announced shortly] 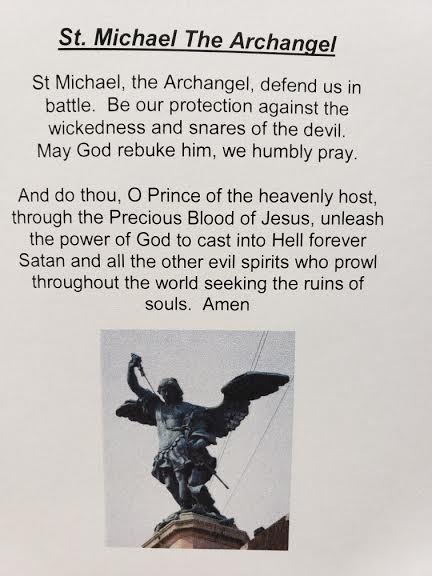