Years ago, before leaving the public limelight, television priest Father Benedict Groeschel wrote A Still, Small Voice: A Practical Guide On Reported Revelations, a book in which he recounted his acquaintanceship with Helen Schucman, a New York University psychologist who “channeled”  a volume of “messages” entitled A Course in Miracles. He found the Course to be “severe and potentially dangerous distortions of Christian theology,” “a good example of a false revelation” that had “become a spiritual menace to many.”

Written in the form of a workbook, the locutions constituted a deeply occult and seductive set of spiritual lessons, but did not end well for her. Groeschel recounted how Schucman’s death (he visited her during her last hours) was the most desperate, “blackest” he’d ever witnessed.

As The New York Times noted, Schucman “was an unlikely mystic. Her parents were nonpracticing Jews, and she trained to become a psychologist at New York University. As an adult, though, Ms. Schucman began having strange experiences. She had vivid dreams; in one, she found herself in a dim cave, unfurling a mysterious scroll. And once, while riding the subway, she saw her fellow passengers glow in holy light.

“Then, in 1965, while working as a research psychologist at Columbia-Presbyterian Medical Center, a voice addressed her. It urged her to take dictation. ‘This is a course in miracles,’ it said. ‘Please take notes.'”
In other words: locutions — but not, as she believed, from the Lord.

The Course is now championed by a self-help guru named Marianne Williamson, Schucman’s sirenic successor. This is relevant because Williamson is now running for president in that crowded field of Democratic primary hopefuls. Her spirituality is right up there on the national stage for the nation to ogle at.

Notes The Times in a thorough article about Williamson (and her promotion of Schucman’s Course), “The New Age author was drawn to an esoteric ‘bible’ in the 1970s. It made her a self-help megastar. And now it has gone mainstream.” 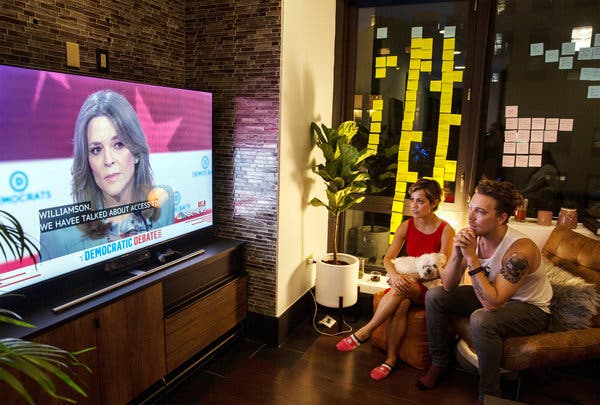 The Course, to be blunt, draws people in with talk of love and other platitudes that conceal an alternate Jesus and wayward spirituality. In short, it constitutes a camouflage for evil. At the first Democratic debate, in dramatic closing remarks, Williamson said, “Mr. President, if you’re listening, I want you to hear me, please: You have harnessed fear for political purposes, and only love can cast that out. I’m going to harness love for political purposes. I will meet you on that field. And, sir, love will win.”

After the debate, the most “searched” name on Google, despite the presence of candidates such as Elizabeth Warren, was “Marianne Williamson.” The seduction initiated by Schucman continues.

“This is not some homey book of feel-good bromides,” noted the Times. “Rather, it is taken by its readers as a genuine gospel, produced by a Manhattan doctor who believed she was channeling new revelations from Jesus Christ himself. And stepping into this unusual book’s story, in fact, is the key to understanding Ms. Williamson’s latest venture.

“The mystical text has sold millions, been translated into two dozen languages and has attracted fans like Carlos Santana and Beyoncé. Mitch Horowitz, the author of Occult America, called the Course one of the ‘largest and most popular alternative spiritual movements in America. For followers, it holds out a hope that there is a greater world than the one that we are experiencing, that illness, emotional torment, fear, self-doubt, prejudice are all simply illusions.’”

Williamson rose to fame in the 1990s, notes the newspaper, “as part of a pantheon of New Age megastars (Deepak Chopra, Eckhart Tolle and Oprah Winfrey are all collaborators) and has offered counsel to elite celebrities like the Kardashians, Cher and Steven Tyler.” (Winfrey claims she experienced 157 miracles after reading a follow-up book Williamson herself wrote.) 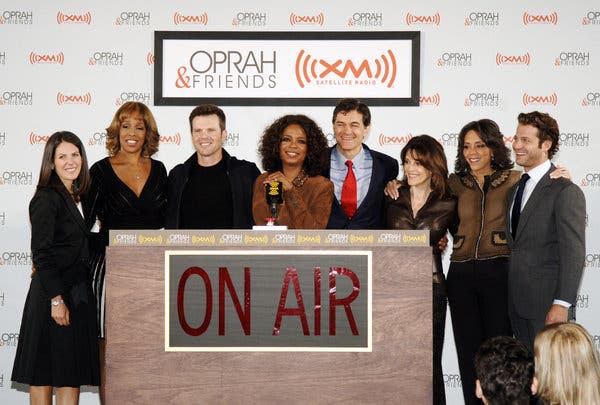 In 1991 Williamson officiated Elizabeth Taylor’s wedding at Neverland Ranch and gave advice to Bill and Hillary Clinton during a visit to Camp David. She also crossed paths with Donald Trump, who, reports The Times, “requested her presence at a Mar-a-Lago fund-raiser so that she and Marla Maples might meet.” Time Magazine once called her “Hollywood’s New Age attraction” and “a Mother Teresa for the Nineties.”

As a young woman searching for herself in Manhattan, Williamson volunteered to help Schucman’s publisher, Judith Skutch, who not only printed the Course but also financed psychic research with people such as Uri Geller. Williamson was on her way and now preached before large crowds in a rented Episcopalian church, before founding her own “mega-church.” Now she seeks a much larger pulpit.

And so a star of the occult blasts across the political firmament.

Will it be a flash or a blast? — a fleeting attempt at politics or the spark of a new occult upsurge?