Many are confused about the Church, with some, including priests, openly concerned that it’s crumbling.

This is understandable. Much has transpired. Remember, however, that whatever cracks there be in the facade, the structure is built on a Rock.

Is it what  Malachi Martin called a “wind-swept house”?

There long have been deep-seated problems. Along with current issues plaguing the Vatican (often in the way of what has been said in unfortunately casual communications) is, above all, the stultifying intellectuality — a spiritual aridity from parishes up to dicasteries — and the homosexual abuse crisis, which dates back to the 1950s-1970s (when it peaked) and continues in tectonic fashion, with controversies and missteps by bishops from Chile to the U.S. to Australia — where a cardinal is on trial.

Brace yourself for what will soon come out of the Pennsylvania attorney general’s office.

True disaster. And a crisis that has known no liberal-moderate-conservative boundaries. (The cardinal in Australia, highest ranking to face trial, is a staunch conservative.)

Homosexuality is one reason pews have emptied, not only in Ireland (though here it was a nuclear bomb) but around the world. (And gays claim to be the victims!)

But those of us concerned about the current state of the Church can take heart in Archbishop Fulton Sheen, who decades ago foresaw precisely what is occurring — not the end of Christianity, but of cultural Catholicism.

That is: the final hour of an era during which Christianity defined societies turning into an era of reversal during which the secular suppressed and tried to mold the Church.

We are at that point, most noticeably with what recently transpired in Ireland, once a bulwark of cultural Catholicism.

Read closely what was foreseen by Archbishop Sheen — who observed, even in his time, a great wave of Church tumult, and who last spoke in the 1970s (as we have quoted before): 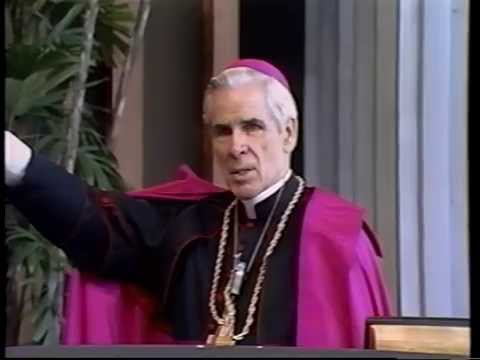 “We are at the end of Christendom,” he said. “Not Christianity, not the Church, but [Christendom].

“What is Christendom? Christendom is economic, political, social life as inspired by Christian principles. We’re seeing it die. Look at the symptoms. Break up of the family, divorce. Abortion. Immorality. General dishonesty. About fifty years ago, in one of the big Protestant churches in New York, a Mrs. Vanderbilt came into this church after her divorce and all the Protestant people turned their backs on her. That would not happen today. There are two kinds of barbarians. The active barbarians from without and the passive barbarians from within. We are not in as much danger from the active ones as the passive ones. Anyone who has left this country for five years and then come back is shocked by what he sees.

“We get used to things. The air that we breathe, the press that we read, the television that we see, in no instance is inspired by Christian principles. There is a tendency to go down to meet the world, not to lift the world up. We are afraid to be unpopular. We are at the end of Christendom.

Cracks in the facade.

More struggling in the secular realm — for certain: and much more to come!

But not even the seismic, not even the tectonic, can in the end cause clefts in this Rock; the gates of hell always will fall short; but persecution in various guise can arrive in the meantime.

[resources: Preparing for the Coming Persecution]

[At top, illustration from CG Trader]