It’s been a concept for a very long time — even memorialized in a Sixties song.

Here great caution pirouettes into play, for New Agers, psychics, and witches (abundant this time of year) often speak in such terms, doing telepathic “readings,” picking up nuances through clairvoyance, or interpreting putative auras that encircle us as energy.

There is little doubt that, to some extent, such energies exist. We are spirit. There’s the soul. It’s immaterial. It is in everyone and goes beyond the limits of the physique. Scientists speak in terms of an “electrodynamic organizing field.” Scripture refers to the “glorified body.” In essence we are spirits having a physical experience. As one neurosurgeon, Wilder Penfield of Montreal, famously said, “All of the brain is in the mind, but not all of the mind is in the brain.”

That such spiritual forces reach beyond the visual, somatogenic, and auditory organs of physicalism is obvious in how great saints and mystics could “read” souls: tap into the unseen force. One notes when Jesus said He could feel power leave Him as the bleeding woman touched the fringe of His garment (Luke 8:44-46, indicating His spirit surrounded Him). At Pentecost an illumination descended on the heads of the disciples like “tongues of fire” (Acts 2:3).

We also see glimmerings of this in that halos are portrayed around the heads of saints.

In that case, it’s a holy “energy”: The purer we are, the whiter, the more coruscating, is the halo. We “shine,” as the expression goes. We’re “radiant.”

Can that be perceived?

Rare is the person who has not commented on how wonderful it is to be in the presence of certain people. This was regularly described in association with mystics such as Maria Esperanza of Venezuela [actual photo, taken long before Photoshop, right].

There are also, unfortunately, the bad vibrations. These repel, isolate, give the “willies,” or even raise gooseflesh. There is the feeling of uneasiness. (Such folks are not to be marginalized but prayed for.) One might encounter this not just in person but when going on social media (especially if there is boasting or snarking). An e-mail can carry with it a “sting.” 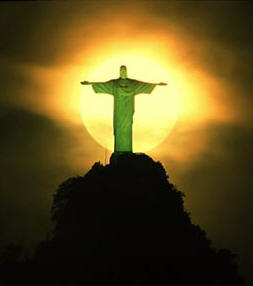 On some level, we all “read souls” (though the first soul we read should be our own). Fasting clears away the blockage to this facility. The more we pray — the more spiritually sensitive we become, the more we are “empathetic” — the more we can feel how others feel: the state of their spirits.

Lower vibrations, it is said, are produced by anxiety, anger, fear, jealousy, or hatred. These low, heavy vibrations drag down you and those around you. It may be from “projection”: when someone blames you for what is going on in (and caused by) them. 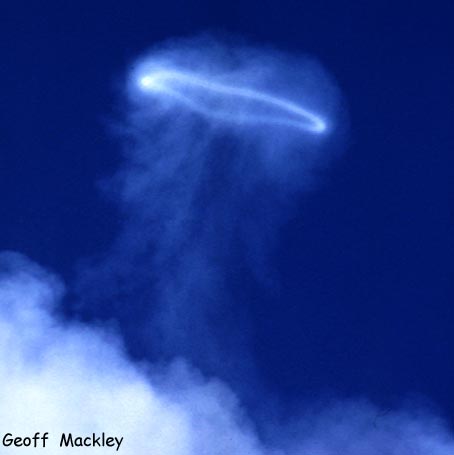 Higher frequency vibrations are produced, in the lingo of those who study such matters, by positivity: Any time you feel love, sympathy, confidence, prayerfulness, gratitude, Grace, peace, awe, or kinship, you are producing high-frequency vibrations. These light, bouncing vibrations make you feel more energetic and cheerful. One of the ideas usually tied to spiritual-vibration theory is that higher frequencies are – in a sense – more powerful than lower ones. Where it all veers off-track is when such vibrations are evoked in occult practices such as telepathy, clairvoyance, and Eastern meditation (including yoga).

“What you have to understand is that some people fill you with energy and some people drain you of energy,” says one writer. “The people who drain you of energy are also called ‘energy vampires.’ They can be your colleagues, your friends, or even close family members. An energy vampire is someone who uses your energy to survive. By uplifting yourself, you uplift everyone around you. If you allow somebody to pull you down, then you are actually doing a disservice to all your other friends and to all your other family members.”

Yes, sometimes our “energy” is sapped by those in need. That is a suffering. That has to occur. But if someone is constantly sapping your energy and not bothering to make amends in his or her life, one may have to “pray up” a spiritual filter or barrier.  This particularly happens if a person is boastful, rude, nosey, prideful, insecure, lonely, critical, uncharitable, slothful, or prone to lying.

The deeper is prayer, the brighter we are, the better the vibes; the holier we are, the less we have to communicate with words; the closer to the Holy Spirit we draw, the farther do we radiate “good, good, good vibrations” (quoting that song) to others.