It is a crisis in our time: the contrivance of science into a religion. It was this allowing the scientific spirit to pervade society and the Church that Pope Paul VI said he was referring to as the “smoke of Satan” — the new pagan religion of intellectualism and Scientism that still haunts our seminaries and rectories and for that matter the doctor’s office.

Said the Pope in 1972: “Science exists to give us truths that do not separate us from God, but make us seek Him all the more and celebrate Him with greater intensity. Instead, science gives us criticism and doubt. Scientists are those who more thoughtfully and painfully exert their minds. But they end up teaching us: ‘I don’t know; we don’t know; we cannot know.’ The school becomes the gymnasium of confusion and sometimes absurd contradictions.”

It can save lives, can science. It has — millions.

But ultimately, it must work under His authority. Where is He in all that is going on? Have we donned sackcloth? Have we repented as the Israelis did (when faced with plague)? Or do we simply deny it? Do we simply mask it with science? Is it not coming back in waves at us because of wrongness on all sides?

Science can save lives. It cannot save souls. It never will have the final say.

Follow it where? To the laboratory at Wuhan, or at University of North Carolina? Perhaps a university in Texas? To abortion clinics? To Hiroshima, this month of a certain anniversary there? To labs where they use unborn-baby parts? To clinics where they transform men into women and women into men or where they have vile vials containing human embryos?

Yes, follow it to a degree, but only under the guidance of God. “For if you turn away from following Him, He will once more abandon them in the wilderness, and you will destroy all these people,” says Numbers 32:15. “To him and to his sons I will give the land on which he has set foot, because he has followed the Lord fully,” says Deuteronomy 1:36. “You shall not follow other gods, any of the gods of the peoples who surround you,” says that same book, 6:14.

“For they will turn your sons away from following Me to serve other gods; then the anger of the Lord will be kindled against you and He will quickly destroy you” (Deuteronomy  7:4). 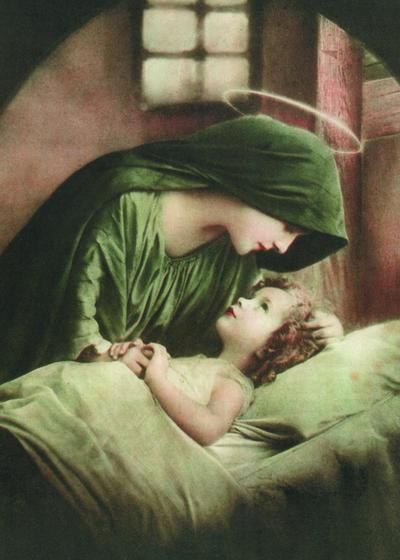 How wise were those who followed Jesus to Calvary. How wise was the thief there. How graced were those who in His footsteps joined Mary at the Cross. (Can you imagine — finding her there?)

Science is a gift from God when it is overseen by God. It has given us many things. It has all but eradicated smallpox. It did the same with polio. It can be a safeguard. There is no use denying this. In humility, we see that evil plays all sides.

“If anyone wants to be a follower of mine, let him renounce himself, and take up his cross every day and follow Me” (Luke 9:23).

And perhaps let us heed a word of knowledge (August 1, 2:32 a.m.) from the alleged recipient of the 1990 missives, who now sends us (for discernment):

“In the framework of time is the mirage of indulgence. Man has sought to please his senses, leaving none for service and sensitivity to God. He looks upon all with love. His patience is borne of millennia watching His creatures unfold first one way, and then another, in the pull of time. Once this is dispensed, all draw back to His fold, some sooner than others, certain ones at a distance that needs more eons to return. Now on earth the symmetry of forces has been disrupted and lo there is what man calls entropy and God knows only as disorder. This disorder will manifest in many ways, and conclude only with the inevitable disintegration of every thing and thought that is counter to the Lord. He waits. He knows. To Him there is no pull or constraint of time.”