So: is there some mystical theory explaining why noted astrophysicist Stephen Hawking died on the same day — March 14 — Albert Einstein was born, which also happens to be the day we honor the mathematical constant pi?

Nope. It’s just all one giant coincidence, says science. His ashes will be set next to Newton and Darwin.

Perhaps the latter — Darwin — is more to the point.

For Hawking was an atheist who (despite false reports that he converted on his deathbed; see here) regarded the brain “as a computer which will stop working when its components fail. There is no Heaven or afterlife for broken down computers; that is a fairy story for people afraid of the dark.” He knows better now.

Let us pray: For knowledge — the collection of facts — is not the same as wisdom.

In fact, we befuddle ourselves with information and a mechanistic frame of mind that if not joined with God block spiritual perception.

Years ago, I met with members of the Leakey family, famous fossil hunters in Kenya who, among other things, had discovered what they dubbed “Skull 1470” or homo rudolfensis. This relic from the deep past was supposedly three million years old — an age that landed it, and son Richard Leaky (a good man, though also an atheist), on the cover of Time Magazine, which described him as the world’s most famous scientist (this was pre-Hawking) and caused anthropologists to revise their museum dioramas, not to mention textbooks. 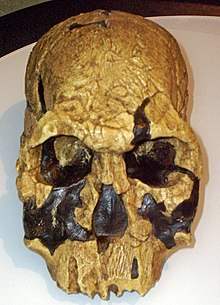 Alas, it turned out to be a mistake: 1470 was “only” 1.9 million years old, making it substantially less significant. There had been a mistake of more than a million years! Was there ever a retraction on the cover of Time?

Not that I saw.

Can one really believe in any such dates?

The answer is probably: “probably not.” And the answer is also that too often “facts” we think of as etched in stone are actually not as stable as skywriting. Scientists argue about everything, much more than the public knows. The falsity of the “world” includes the pretensions of the scientific-academic complex — a system that has exalted mankind while too often negating God.

“What is called science today consists of a haphazard heap of information, united by nothing, often utterly unnecessary,” wrote Leo Tolstoy. “And not only failing to present one unquestionable truth, but as often as not containing the grossest errors, today put forward as truths, and tomorrow overthrown. It gives us no answer to our question, what shall we do and how shall we live?”

Indeed. Science often acts as if it has all the answers to the universe when we don’t know how many galaxies there are, how many stars there are in a given galaxy, even the number of objects (considering asteroids, comets, and minor planets) in our own solar system, and have no idea how many “universes” (dimensions) there may be (and certainly not how our own universe was formed).

Our knowledge is infinitesimal, the mirror opposite of our hubris. 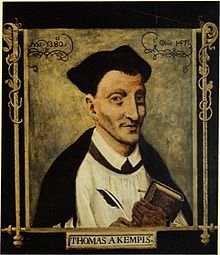 Wrote the great Thomas à Kempis, “Happy is he to whom truth manifests itself, not in signs and words that fade, but as it actually is. Our opinions, our senses, often deceive us and we discern very little. What good is much discussion of involved and obscure matters when our ignorance of them will not be held against us on Judgment Day? Neglect of things which are profitable and necessary and undue concern with those which are irrelevant and harmful, are great folly. We have eyes and do not see. What, therefore, have we to do with questions of philosophy? He to whom the Eternal Word speaks is free from theorizing. For from this Word are all things and of Him all things speak — the Beginning Who also speaks to us. Without this Word no man understands or judges aright. He to whom it becomes everything, who traces all things to it and who sees all things in it, may ease his heart and remain at peace with God.”

Powerful words — and contrary to what the scientific-academic complex instructs.

“Tell me,” the holy man Kempis went on, “where now are all the masters and teachers whom you knew so well in life and who were famous for their learning?

“Others have already taken their places and I know not whether they ever think of their predecessors. During life they seemed to be something; now they are seldom remembered. How quickly the glory of the world passes away! If only their lives had kept pace with their learning, then their study and reading would have been worth while.

“How many there are who perish because of vain worldly knowledge and too little care for serving God. They became vain in their own conceits because they chose to be great rather than humble.”

The Bible puts it much more succinctly (2 Timothy 3:7): “Always learning and never able to come to the knowledge of the truth.”

[Note: April 21 retreat in Novi, Michigan sold out; write [email protected] to sign up for waiting list or possible overflow retreat the next day, also in Novi: April 22]