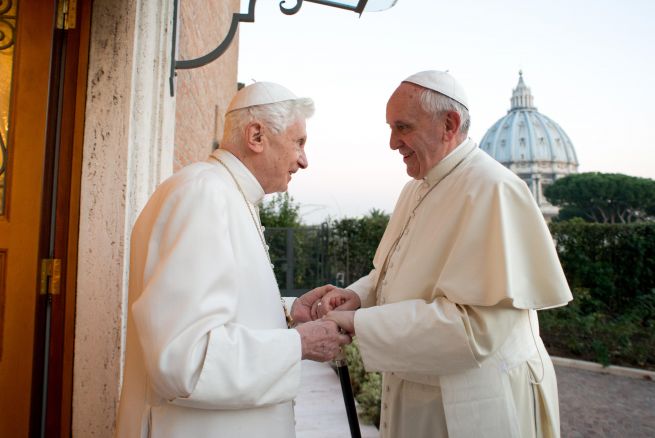 Are we entering a time when it will be bishop against bishop and cardinal against cardinal?

Let us hope not.

That was a prophecy when the Blessed Mother appeared at Akita, Japan, in the 1970s: “The work of the devil will infiltrate even into the Church in such a way that one will see Cardinals opposing Cardinals, Bishops against other Bishops.”

That came right after these words:

“The Father will inflict a terrible punishment on all humanity. It will be a punishment greater than the deluge, such as one will never have seen before.”

In recent days and months, there have been conflicts between prelates about everything from geopolitics and ecumenism to the recent papal exhortation Amoris Laetitia (mainly over Communion for the divorced and civilly remarried).

There are certainly real concerns on both sides of the debate, and non-Catholics too often relish intramural Catholic squabbles. The word “anti-christ” has been hurled at the last three Popes. It’s yet too early to see what fruits and actions result from the current papacy. One can note one thing, though: however much they differ in style and emphasis, Pope Francis and Pope Emeritus Benedict have an obvious affection and respect for each other. It is better to embrace than to brawl (we’ll leave the latter to the secular world, which so delights in corybantic times and bloodsport; look at this article in The Atlantic. The headline: Will Pope Francis Break the Catholic Church?).

The Wall Street Journal recently labeled him a “progressive” and an embodiment of Vatican II whom many liberals internationally may now be looking to for leadership (with the exiting from power of liberals like Barack Obama and French leader François Hollande). As the newspaper put it last week, “When Pope Francis delivers his Christmas message this weekend, he will do so not just as the head of the Catholic Church but as the improbable standard-bearer for many progressives around the world.” 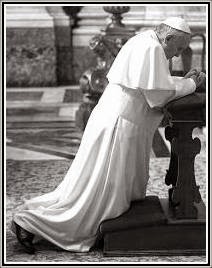 “Improbable” because unlike liberals, Francis and the Church strongly oppose abortion, contraception, loose sexual mores, euthanasia, and homosexual marriage so sacrosanct to liberals. “The Pope’s support for some liberal causes, rooted in traditional Christian concern for the poor and defenseless, has meant joining forces with some partners who reject major Catholic moral teachings,” noted the Journal.

Does this then grant a bit of an opportunity? If liberals are really now looking to Rome, might they reconsider some of these issues? Could the atmosphere change in these directions?

Pope Benedict XVI is often viewed as the opposite: an arch “conservative” and traditionalist, and while there is certainly truth to that, he too is a strong supporter of Vatican II, as well as “liberal” issues such as the environment (he was known as the “Green Pope”).

Certainly, the current Pontiff has his differences in style with others, and it has grown very vocal. The ambiguity of communication often makes it hard to interpret. (We tend here to be more traditionalists.)

But maybe before talking and blogging and arguing we should do what the two Popes do: pray with and for each other.

When one wades beyond the amphiboly, emotion, and theological nuance, the true way remains what it always has been.

Simply, look to what and whom seems closest to how Jesus was.