You know how it is: you run into someone who seems to be doing something questionable — or at least, things beyond religion, or more to the point, without it — and they appear so sleek and at ease. Often, with seeming peace.

Even a glow around them.

For all appearances, they have tapped into something fresh and different, without having to go through all the sacraments, all the discipline, exercising instead the religion de rigueur. Sleek. At ease.

One must always bear in mind, however, that while — yes — there are private spiritual practices that can give a person peace, Christianity has the huge decisive advantage not only in preparing for the other side, but here on earth, shepherding us around the endless, refined traps of the enemy.

There is New Age music. There is meditation.

Exercise and stretching — joining the physical with prayer — is great. In fact exercise is critical to optimal health. So is relaxation. The problem with it was summarized succinctly when the Christian Broadcast Network asked  actress, personality trainer, and author Laurette Willis about it (“Laurette had been involved in yoga and the New Age for twenty-two years, before coming to Christ”), and she explained: 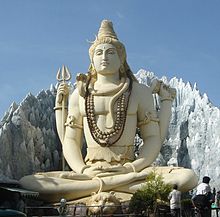 “These are postures that are offered to the 330 million Hindu gods. Yoga postures really are offerings to the gods. If you do these postures and you do this breathing technique and this meditation, then you will be accepted by a god, little ‘g.’ That’s the real danger.”

While Laurette now teaches a Christian style of stretching exercise, she noted, in the interview, that when she visited India, she saw people in the streets practicing in yoga poses in front of the statues of the gods — pagan idols, exactly what Christ came to dispel.

Further, noted the article: “In yoga they do what they call pranayama breathing. Prana is the Hindu word for life force, the same concept as the word chi in some martial arts. Yoga breathing attempts to manipulate that life energy, which Laurette believes is perilous. ‘We are not talking about oxygen.'” There is, she says, no such thing as “Christian yoga” (no more than there is “Christian Buddhist”).

If we need more, we can turn to a Vatican document about the New Age, Jesus Christ the Bearer of the Water of Life, which states, “Some of the traditions which flow into New Age are: ancient Egyptian occult practices, Cabbalism, early Christian gnosticism, Sufism, the lore of the Druids, Celtic Christianity, medieval alchemy, Renaissance hermeticism, Zen Buddhism, Yoga and so on.”

Another fad is that calming, subtle, harmonic, tinkling New Age music that can sound like elevator tones and seems to vibrate tranquility into the soul. No doubt, you’ve heard it, perhaps without realizing it: the soft flutes, bells, acoustic guitars, sometimes with chants and lyrics, usually soft instrumentals that are hard to describe.

Just be cautious it doesn’t channel something else.

Few realize that New Age music is big in wicca — among witches — and is even considered “witchcraft music.”

Played on pagan radio stations, this cosmic genre was engineered by New Agers in the 1970s to (like yoga) create relaxation, optimism, and closeness with the spiritual world — though it’s by the final fruit that we know something, and Christian sites warn demonism has occurred in association with some of this music, which is linked to Zen, yoga, and Native American spirituality.

A peaceful atmosphere, the sounds of Heaven, of the “spheres” — or a snare?

(Is it true Satan was in charge of music in Heaven?)

There are other matters in this realm — “essential oils,” which in some cases are manufactured by occultists who “bless” them, summoning caution here as well.

Natural, holistic approaches to health — including oils [here, a list of reportedly healthy ones] — may be very legitimate, but also can be twisted in ways hard to discern.

Be cautious, always pray and fast first (the true balm), and remember that while those practicing questionable spirituality (TM, mind control, etcetera) may seem to have attained a state to which one aspires, often it takes a while, as it does with a tree, to bear its actual fruit, to show what it really is, if there is any fruit at all.