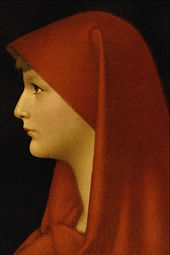 That goodness is seen in numbers.

The Holy Roman Catholic Church — Mother Church of Christendom — is the largest non-government provider of health care services in the world. It has about 18,000 clinics, 16,000 homes for the elderly and those with special needs, and 5,500 hospitals around the world, with 65 percent of them located in developing countries.

Compare that to the 6,146 hospitals of all kinds in the United States.

Meanwhile, the Church manages more than twenty-five percent — a quarter — of the world’s health facilities.

The Book of Numbers isn’t everyone’s favorite, but statistics about the Church can be fascinating.

When you hear of a problem at a church, or someone disparaging it, remember this: the Catholic Church has 221,700 parishes. Of course there are going to be issues. And dioceses and archdioceses? That number is 3,491.

Mull it over a moment: The Pope oversees more than three thousand dioceses! He’s in charge of 466,215 bishops, priests, and deacons. If they were all together, they’d fill the six largest NFL football stadiums, with enough left over to populate your average college basketball arena.

Put another way, Catholic clerics are more in number than the population of Minneapolis proper.

Schools? 139,000 grammar and high schools. Colleges and universities? The Vatican counts  1,358. The United States Conference of Catholic Bishops puts it at 1,861. Translation: many.

And then there are the 1.3 billion registered Catholics — about four times the entire U.S. population.

Yes, many of them don’t really practice the Faith. And also true: as Stalin once taunted, the Pope has no standing military army.

But the numbers say what needs to be said, and we’ll take an army of faithful — even if only a fraction actively practice.